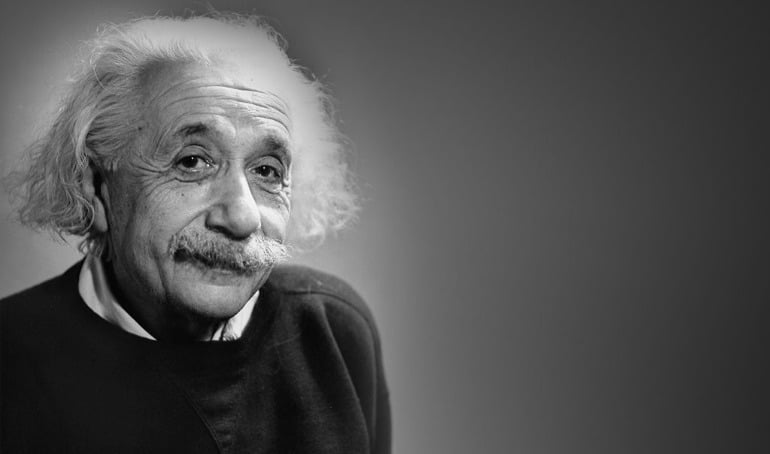 Considered to be the most influential physicist of the 20th century, Albert Einstein (1879–1955) developed the theory of relativity and laid the foundations for modern quantum mechanics.

The former Director of the Harvard-Smithsonian Center for Astrophysics and recipient of the 2013 Einstein Prize from the American Physical Society, Irwin Shapiro is Timken University Professor at Harvard University and a Senior Scientist at the Smithsonian Institution.

Simply Charly: You’re a Professor of Astronomy at Harvard University and the recipient of the 2013 Einstein Prize from the American Physical Society. How has Albert Einstein influenced your work in gravitational physics?

Irwin Shapiro: Einstein created the general theory of relativity, which I thought to test. Clearly, his influence was fundamental to my studies.

SC: In 1966, you conducted your Fourth Test of Einstein’s theory of general relativity, which followed the three proposed by Einstein. Could you briefly summarize what the test involved?

IS: The test involved sending a radar signal from Earth to the planet Mercury and detecting its echo when Mercury was on the opposite side of the Sun from Earth, near the configuration of superior conjunction. The theory of general relativity predicted that the round-trip travel time of the radar signal would be greater by up to about 0.2 milliseconds because the signal passed near the Sun’s limb, independent of the increase due to the coronal plasma. I realized, from computation, that the theory predicted such a (detectable) increase in the round-trip travel time due to the presence of the Sun’s mass near the line of sight traveled by the radar signal.

SC: Your test turned up a measurable delay (the eponymously named “Shapiro Delay”) and agreed with Einstein’s theory of general relativity. The results have held up over the years throughout repeated tests. Were you at all surprised by the results after the first test?

IS: No. I would have been greatly surprised—and pleased!—had the results differed from the predictions of general relativity.

SC: Deciding to conduct your test was far from beating a dead horse: Einstein’s theory of relativity had been largely ignored throughout the early 20th century, and many researchers claimed that there were virtually no observations to test it. When your tests showed agreement with the theory of general relativity, what was the reaction? Did anyone dispute your findings?

IS: No “mainstream” physicist disputed our results, but lots of non-scientists (mostly what might be loosely termed the “fringes”) disputed our findings.

SC: Since 1967, you’ve been teaching science and physics in such institutions like Harvard and Massachusetts Institute of Technology. You’ve also expressed involvement in pre-science education. Are there some common issues that you’ve noticed students encounter when studying Einstein’s work?

IS: Most of the students to whom I’ve taught general relativity related to the fourth test in a gravitational field of the Sun, do not seem to have much trouble in comprehending either the relevant math or physics. There are, of course, many levels of understanding, but I believe that most of those whom I have taught—graduate students at the time—gain a good level of understanding. I have not, however, kept statistics and, therefore, cannot make reliable, quantitative statements.

SC: In a 2011 NOVA article, Peter Tyson notes that the theory of relativity has “one last hurdle” to clear: the existence of gravitational waves, which Einstein predicted but which have yet to be directly observed. Setting aside the arguable confirmation of the existence of gravitational waves via the binary pulsar observations, how close are we to the direct observation of these waves via a Laser Interferometer Gravitational-Wave Observatory (LIGO) type of observation?  Will these direct observations be able to be used successfully as a new type of  “TELESCOPE” to study cosmology or astrophysical objects?

IS: There is a reasonable basis for thinking that within, say, the next five or so years, LIGO will have been improved to the point that it and its fellow detectors could reliably detect evidence of gravitational waves, and will thus open a new window on the universe.

Certainly, most cosmologists think new insights will be garnered on cosmological issues as well as on relevant astrophysical objects.

SC: In addition to your work in astrophysics, you’ve also served as a member of the Radio Science teams for several NASA missions. Over the past century, what sort of practical implications has the general theory of relativity had for astronomers? And how has Einstein’s theory affected the development of spacecraft?

IS: The general theory of relativity is the basic model of cosmology, although it is facing a serious challenge due to so-called dark matter and dark energy, which are still rather mysterious. Through, for example, gravitational lensing, predicted by general relativity, this theory has also yielded many insights into astrophysical phenomena. The development of spacecraft is another matter; for example, in performing their basic function, GPS spacecraft take into account general relativistic effects on the behavior of clocks, which are needed for applications at the nanosecond level of timing accuracy.

SC: Einstein’s image in the public consciousness is a relatively straightforward one: his name is synonymous with genius, but the average person knows him for the e=mc2 equation and little else. How does the scientific community today typically remember Einstein?

IS: I believe the physics community remembers Einstein’s enormous contributions to the early days of quantum theory; he was a true pioneer, even though he did not fully accept quantum mechanics.  Also, his creations of special and general relativity are recognized as amazing achievements of the human mind.

SC: Do any of his theories still provoke controversy?

IS: I think it fair to say that among professional scientists, there is no longer any controversy, even on the quantum mechanical issue on which Einstein was on the ‘losing’ side.

IS: Physics is at heart an experimental science and the predictions of its models, like general relativity, must be checked at ever-higher levels of accuracy. It is certainly reasonable to consider that at some level of accuracy, even general relativity will be found wanting.

SC: What other tests are being prepared or were recently completed? And what is the status of the effect known as gravitational lensing, which is one of the predictions of Einstein’s general theory of relativity?

IS: A Lens-Thirring test, based on the orbits of LAGEOS and LARES spacecraft orbiting the earth, is currently in process. I am unaware of any other tests currently being carried out. Gravitational lensing is a well-studied prediction of general relativity and is applied in many astronomical and astrophysical situations, including in the large-scale structure of the universe.

SC: What do you feel is Einstein’s lasting legacy?

IS: His imprints are all over our thinking, our quantum theory, and our theory of the universe—theories of the very small and of the very large.