MAIN MENU
Biology Charles Darwin Interview Philosophy
British biologist Charles Darwin (1809-1882) laid the foundations of the theory of evolution and transformed the way we think about the natural world. Few books have influenced the human thought more than his On the Origin of Species. Published in 1859, it expounded his theory of natural selection, shocking society and revolutionizing science. 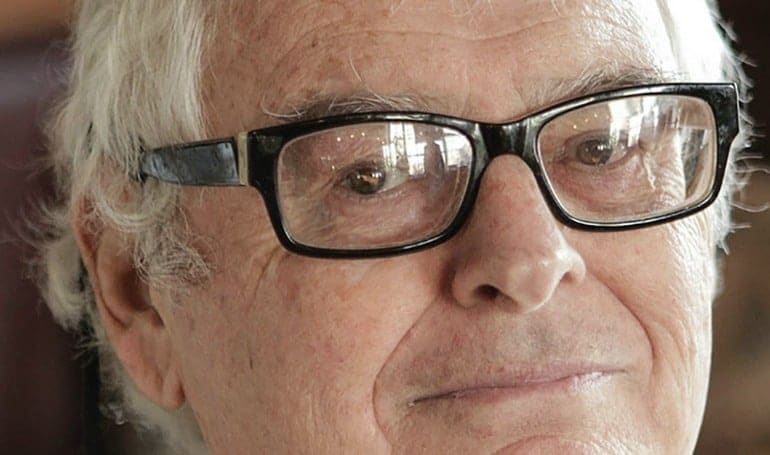 Doubting Darwin: Jerry Fodor On What Darwin Got Wrong

British biologist Charles Darwin (1809-1882) laid the foundations of the theory of evolution and transformed the way we think about the natural world. Few books have influenced the human thought more than his On the Origin of Species. Published in 1859, it expounded his theory of natural selection, shocking society, and revolutionizing science.

Jerry Fodor is Professor of Philosophy and cognitive science at Rutgers University. He is the author of numerous works, including The Language of Thought, The Modularity of Mind, Psychosemantics, and most recently What Darwin Got Wrong.

Simply Charly: A few years ago, you caused a stir in the pages of the London Review of Books with an article entitled “Why Pigs Don’t Have Wings” by attacking the concept of “natural selection” in evolutionary theory. Your article drew heavy criticism from many of your colleagues. What was the genesis of your doubts about Darwin’s theory?

Jerry Fodor: I’ve had my doubts about aspects of Darwin’s account of natural selection for some time; many of them are concerned with the implications of Darwinism for the psychology of cognition. For one thing, the resemblance to Skinnerian Learning Theory troubled me. If, as practically everyone now agrees, gradualism about learning doesn’t work, why would one expect gradualism about evolution to do so? For another, I can’t imagine a gradualist account of the evolution of complex, interdependent, and frequently gratuitous, psychological structures like a speaker/hearer’s internal representation of the grammar of his language. If there’s anything that looks like saltation, it’s language. For a third thing, I’m appalled by the consequences of applying the adaptationist thesis that phenotypic traits must have been selected-for some or other function they performed in the environment of selection: (Writing “The Tempest” was a reproductive strategy, and so forth). I’ve been told very often that if I don’t believe Darwin on natural selection, that must be because, deep down, I believe in God. But I don’t, and it isn’t. (Also, I’m automatically suspicious of anything that everybody believes.)

SC: Has your viewpoint changed or evolved, in light of the criticism it has received for your earlier expressions of it, now that it has been more fully developed in your new book “What Darwin Got Wrong?”

JF: No. The criticisms I’ve seen have been mostly fatuous; a substantial minority haven’t even managed to get straight on what my argument is supposed to be; in particular, on why the intensionality of ‘select-for’ plays such a central role in it. But I suppose things will catch up sooner or later. I’m not in a rush.

SC: What is the main thrust of your argument against natural selection?

JF: Mainly that neither biologists nor philosophers have faced the question: what’s the relation between the claim that a certain trait has been selected and the claim that it has been selected-for (e.g., selected-for causing increased fitness.) As far as I can see, there is no serious discussion of this relation in the relevant philosophical or biological literature. (The currently favored suggestion that the relation is definitional only shows how desperate these straits have become.)

SC: Your book introduces several philosophical concepts such as “intentionality,” “intension,” and “extension”—all of which play a significant role in pushing forward your line of reasoning against natural selection. Can you briefly explain how these terms function within the framework of your argument?

JF: Roughly (but close enough) intensional processes are ones that can apply differently in coextensive domains. The simplest examples are familiar from philosophical discussions: The heart makes heart-noises, and it pumps the blood. Making heart noise and pumping the blood are coextensive; whatever does either does both. But, presumably, the heart was selected-for being a blood pump, not for being a noisemaker. This illustrates both the intensionality of ‘select-for’ and the proximity of problems about natural selection to problems about natural teleology. Neither is understood, and the frequently encountered attempt to get them to take in one another’s wash is hopelessly circular.

SC: You claim that the theory of natural selection doesn’t provide law-like explanations in the way that, say, Newton’s laws of motion does. How so?

JF: I don’t think this is much in dispute, even among Darwinists. The point of laws is largely to support counterfactuals: If it’s a law that As are Bs, then it follows (all else equal) that if something had been (/were to be) A it would have been (/would be) B. There aren’t any such counterfactual-supporting generalizations about, for example, which traits would be selected-for in which ecologies (except generalizations that are made up ad hoc and post facto.)

SC: You also assert that natural selection is statistical. What do you mean by this?

JF: I don’t say any such thing. I say there is no such process as natural selection; that is a different matter entirely.

SC: Fellow philosophers Philip Kitcher and Ned Block have attacked your thesis in the Boston Review saying that it is “biologically irrelevant and philosophically confused.” From a biological standpoint, they argue that you are out of touch with the practice of evolutionary biology concerning how claims about selection are used. And philosophically, they assert that you misconstrue “selection-for” as intensional when it is, under their reading, extensional. How do you respond to those charges?

JF: First, I’m not criticizing “the practice of evolutionary biology”; I’m criticizing the Theory of Natural Selection, which I’m inclined to think (contrary to the received opinion) actually plays no great role in the practice of evolutionary biology. Second, the claim that ‘select for’ is extensional is preposterous on the face of it. Block and Kitcher confuse the (correct) observation that claims like ‘property P is (e.g., nomologically) connected to property Q’ are extensional (in the sense that they remain true under substation of any terms that denote properties P and Q ) with the clearly false thesis that (to use their own example) ‘the color of moth’s wings is selected for matching the color of the background’ is extensional. Consider the inference: ‘the color of moths wings was selected-for matching the background; the color of the background is the color of Granny’s dog; therefore the color of the moth’s wings was selected-for being the color of Granny’s dog.’ Nonsense. The crucial thing to notice is that what’s relevant to the discussion of natural selection isn’t the intensionality (or otherwise) of claims about relations among properties; it’s the intensionality (or otherwise) of claims about relations among instantiations of properties. (Generally speaking, when you have to use heavy-duty (and highly tendentious) philosophical artillery to defend what purports to be an empirical theory, it’s very likely that the theory you’re defending isn’t true.)

SC: If adaptationism fails, as you argue, to tell the whole story, then what would you suggest take its place?

JF: My guess is that there isn’t any such thing as a (general) theory of evolution (just as, it turns out in Skinner’s case, that there is no such thing as a general theory of learning.) Skinner and Darwin both made bad bets on what would prove to be natural kinds: Learning in Skinner’s case, trait fixation in Darwin’s. I expect that natural history is about as close as you can get to an empirical account of trait fixation; and it’s more or less common ground that natural history takes things case by case and offers only explanations that are ad hoc and post hoc (as, indeed, does every other kind of historical explanation). I know that, for some reason, some biologists find this suggestion demeaning. Well, as Lewontin said in respect of a related issue: “Tough!”

SC: Did you feel at any time during the writing of this book that your book would be providing ammunition to the proponents of creationism or “intelligent design?”

JF: I’m not in the ammunition business. If silly people draw silly inferences from good philosophy, (or from good science, for that matter), that’s their problem, not mine. God provided us with tenure so we could do our best to say what’s true. I’m doing my best.

SC: In the weeks since your book was released, it has been vehemently attacked from many quarters. From what you’ve read so far, what do you take to be the main point of divergence that these criticisms have taken against your stance?

JF: I doubt that there is a main point; just a lot of misreading and flawed dialectic together with a substantial dollop of hysteria.