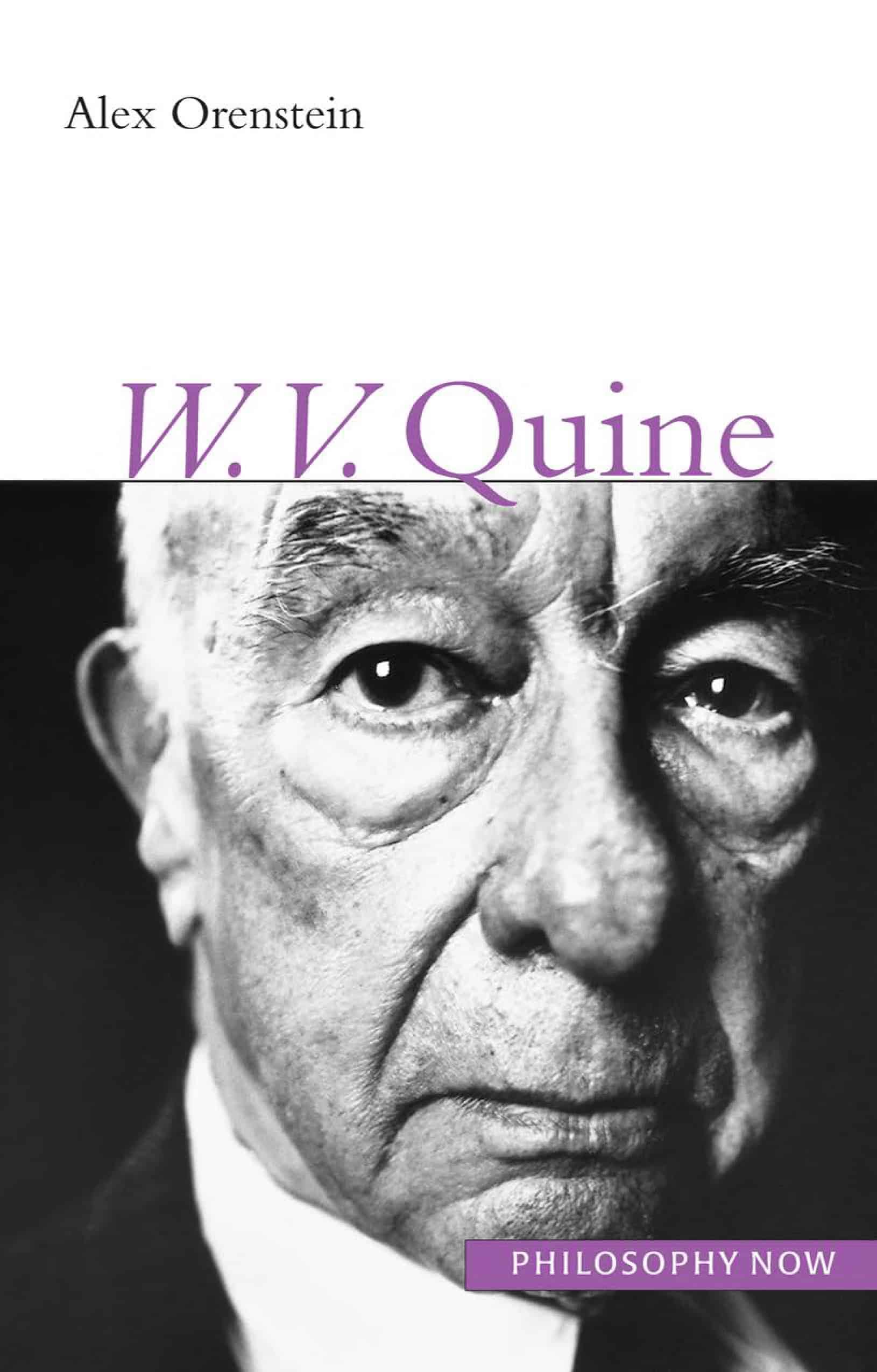 Willard Van Orman Quine (1908–2000), was one of the greatest analytic philosophers and logicians of the 20th century whose body of work fits into a long history of philosophical treatments of metaphysics, epistemology, and language, especially within the empiricist tradition, which remains profoundly influential to this day.

While his writing was famously clear and crisp, his ideas are complex and require close attention. It is a wonder that Alex Orenstein, Professor of Philosophy at Queens College and the Graduate Center, City University of New York, has been able to summarize these ideas so succinctly in under 200 pages. Orenstein’s book mentions few of the details of Quine’s life. There is a reason for this, as Quine, who spent many years at Harvard University, first as a student and then as professor of philosophy and mathematics, was a private man. In his own autobiography, “The Time of My Life,” Quine mostly documents his various travels but mentions few important life events. Orenstein too focuses on Quine’s ideas rather than his personality.

Understanding Quine’s work must begin with an understanding of Quine’s work on logic. He followed many other 20th-century philosophers in attempting to reduce logic to set theory and mathematics. This follows his general methodological approach of trying to reduce his ontology—the set of things that are said to exist—to the smallest possible number. Quine always attempted to reject unnecessary ontological and abstract entities. The reduction of logic to set theory was one of his most basic efforts to follow this minimalist methodology.

Quine is introduced in Chapter 1. In Chapter 2, Orenstein reviews his work on logic, building the philosopher’s unique method of determining what exists on his account of logic. Quine developed a particular method of expressing existence claims that led, in turn, to a method for determining a proper ontology. As outlined in Chapter 3, Quine avoided accepting as many abstract objects as he could into his ontology, which caused him to embrace a radical empiricist view of the world and led to several famous attacks on the prospect of a priori knowledge—or knowledge of the world by reason alone, apart from experience. This is the subject of Chapter 4. Chapters 5 and 6 continue to expand on Quine’s conception of analytic or a priori truths and the implications of doing away with analyticity. In Chapter 6, Orenstein discusses Quine’s struggle to dispense with the concept of meaning and his argument that many claims in language are indeterminate and inscrutably refer to their referents.

Quine also famously rejected the coherence of modal logic or the systematic reasoning about what is possible or necessary. In Chapter 7, Orenstein discusses Quine’s attempts to critique and do away with modal logic and to produce another analysis of modal claims. In this chapter, he also discusses the philosopher’s attempt to do away with propositional attitudes—mental states with representational content. For instance, when I believe that snow is white, I have an attitude—a belief—associated with a proposition (snow is white). Quine wanted to do away with these attitudes as incompatible with his empiricist commitment to physicalism, the view that all that exists in the world are physical particulars (except the existence of sets, in Quine’s case). This position on the nature of the mind prefigures a modern view known as eliminative materialism, which states that a mature neuroscience will radically alter our conception of the mental, perhaps eliminating most of our ordinary mental concepts altogether.

In the final chapter of the book, Orenstein discusses Quine’s approach to epistemology, the theory of knowledge. Quine founded a school of epistemology known as ”naturalized epistemology.” Traditional epistemology attempted to analyze epistemic concepts without reference to science. But Quine’s empiricist bent led him to find this approach implausible. He came to believe that we could study epistemology by learning how human brains interacted with their world and stored information.

Orenstein ends the book on this note, but there are other elements that merit mentioning. One of the most interesting features of the book is the author’s criticism of Quine’s views. Orenstein does not reject Quine’s positions but instead informs the reader of the significant challenges to these views that have arisen in past decades. Many of the critiques have gained traction among many Anglo-American philosophers who were influenced by Quine. But one disadvantage of the book is that the sheer counterintuitiveness of many of Quine’s positions is hardly focused on. Quine rejected the existence of beliefs and desires, denied that some propositions were true by definition, and dismissed the very concept of meaning. Presumably, such radical stances would merit some mention. Quine’s positions, which he claimed derived from common sense, stand stridently against a common-sense understanding of the world. This doesn’t mean he was wrong, but in the eyes of many philosophers, it is a significant strike against him.