The Man Who Loved Only Numbers: The Story of Paul Erdős and the Search for Mathematical Truth 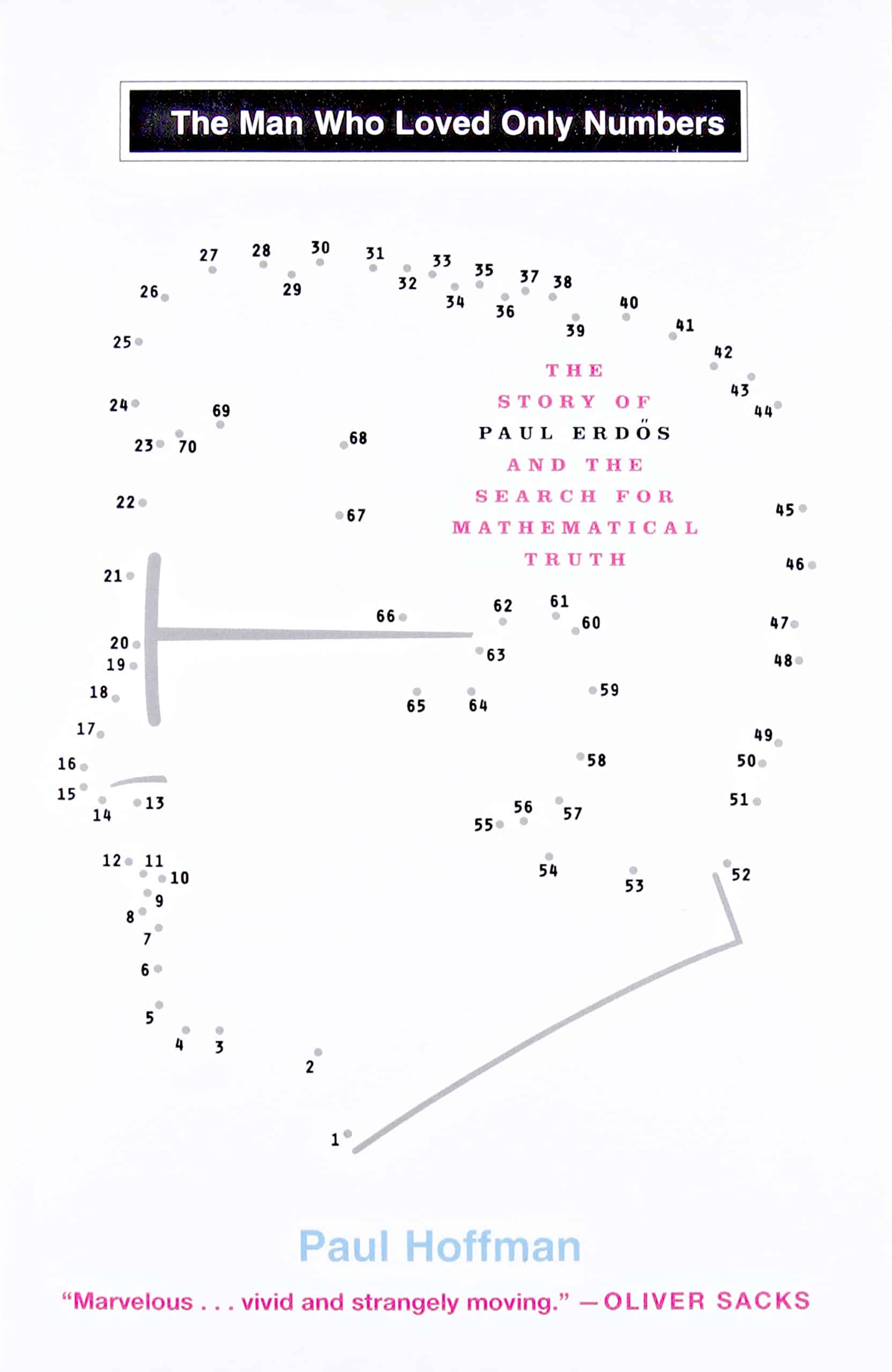 The Man Who Loved Only Numbers: The Story of Paul Erdos and the Search for Mathematical Truth

When the great Hungarian mathematician Paul Erdős died in 1996 at 83, he left behind a staggering body of work. With nearly 1,500 academic articles to his credit—by far the most extensive publishing record of any mathematician in history—Erdős collaborated with 485 co-authors during his long career. Indeed, the web-like nature of his work inspired his peers to develop something they called the “Erdős Number,” which described the relationship between their own publications and Erdős.’ Someone who had co-authored one project with the man, for example, would have an Erdős Number of 1; someone who had published with another person who had collaborated with Erdős, had an Erdős Number of 2; and so on. (It was believed that no published mathematician had an Erdős Number greater than 7).

The Man Who Loved Only Numbers, science writer Paul Hoffman’s charming account of Paul Erdős’ life, is not exactly a biography in the traditional sense of the term. Instead, this book, which has been translated into 16 languages and received the Rhone-Poulenc Prize for best science book of the year, examines the professional and personal relationships that Erdős established with fellow mathematicians over the years. In a way, the book plays off the “Erdős Number” and establishes its main character at the center of mathematical problems and human relationships that are complex, humorous and, in the end, surprisingly moving. Readers can expect to learn something about math—including set theory, prime numbers, elementary number theory, unit fractions, and Fermat’s “Little” and “Last” Theorems—but they are also brought into a world of people who believe “mathematics is order and beauty at is purest, order that transcends the physical world” (31).

As we learn from the book, Erdős could barely function in the real world. Even readers who stereotype mathematicians as oddballs will find it difficult to believe Paul Hoffman didn’t invent him as a fictional character. As Hoffman describes him, Erdős was a “mathematical monk” who never married (and who shunned physical intimacy), rarely held a job, never owned a home, and enjoyed no hobbies outside of the mathematical problems that dominated his every waking moment. A voracious user of Benzedrine, Ritalin, and caffeine, Erdős spared only a few moments for sleep; he worked about 19 hours a day and traveled extensively, crisscrossing the globe in search of great mathematical minds with whom he might work on proofs and who might feed and shelter him for a while. So complete was Erdős’ commitment to math that he could not spare enough room in his brain to remember how to open a carton of tomato juice or learn how to boil an egg. For Erdős, math was “the only infinite activity” in which humans could partake. “It is conceivable,” he once said, “that humanity could eventually learn everything in physics or biology. But humanity certainly won’t ever be able to find out everything about mathematics, because the subject is infinite. That’s why mathematics is really my only interest” (56).

Though math might have been the “only interest” and true love of Erdős’ life, he was at the same time a great, if unintentional, social networker who, in his own peculiar way, showed great concern for the people in his life. When one of his collaborators, the renowned Polish-Ukrainian mathematician Stanislaw Ulam, was afflicted with a life-threatening brain infection, Erdos suddenly appeared at the hospital and invited himself to stay with Ulam and his wife when he was released. For weeks, he hung around with his friend, aiding his recovery by bombarding him with conversation about math and chess. Ulam’s wife—initially horrified by Erdős’ presence—soon realized that he was actually helping him recover his confidence. Hoffman’s book recounts numerous episodes like this, explaining that Erdős viewed it as “his personal mission to help colleagues maintain their mathematical edge” (109).

Erdős also challenged young and aspiring mathematicians by loaning them college tuition money; the recipients of these loans would repay them by offering the same support to others when they had the opportunity to do so. Erdős also famously offered cash rewards (ranging between $10 and $3000) for particularly difficult problems that he hoped someone might solve. Because he was single-mindedly devoted to math itself, Erdős did not mind if others gained credit for tackling problems he had developed and posed. As one colleague explained, his goal “was to see that somebody proved it—with or without him” (41).

Of all Paul Erdős qualities, it is this—the humility and generosity born out of his love for numbers—that remains as the lasting impression from Hoffman’s story. Readers (like this one) who are not mathematically inclined may find themselves occasionally lost in the algorithmic thickets, as Hoffman describes the complex problems that animated Erdős and his colleagues. Yet the book is ultimately about the ways that devotion to an idea can sustain an individual (in all his odd dimensions) for an entire lifetime—one that touched so many other lives in so many places along the way.