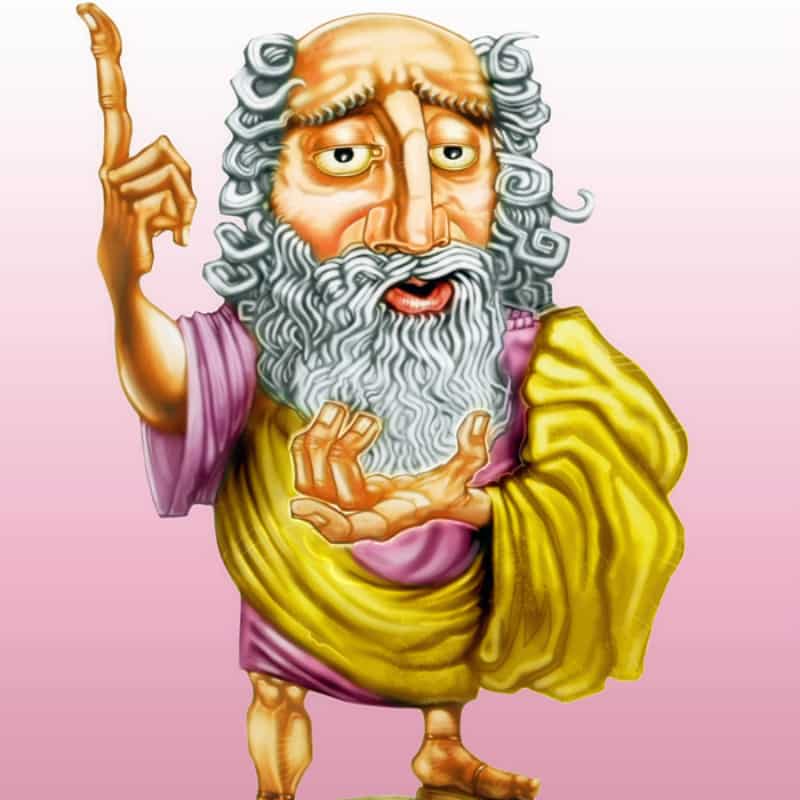 1. Plato (429? –347 B.C.E.), one of the most famous philosophers in the Western world, was born into a prominent family. His mother, Perictione, was a descendant of Solon, a Greek lawmaker, and lyric poet, and his father, Ariston, was the descendant of kings from Messenia and Athens.

2. After the death of his father, Plato’s mother married his uncle, Pyrilampes. The couple birthed Plato, a half-brother, adding to a family of four children.

3. Between 409 B.C.E. and 404 B.C.E., Plato served as a soldier in the Peloponnesian War. He fought for his home state of Athens against Sparta’s army; he and his fellow soldiers ultimately lost the war.

4. Plato may not be the philosopher’s name. Some historians think his actual name was Aristocles. The name Plato may have been a nickname in reference to his broad shoulders and widely framed body. In light of his superb stature, Plato was a wrestler as a child.

5. Following his service in the military, Plato considered entering the political realm. Yet, in 399 B.C.E., after the trial and death of Socrates, he elected to pursue philosophy instead.

6. He spent 12 years traveling after Socrates’ execution. During this time, Plato studied geology, geometry, astronomy, and mathematics. This period was also when he began writing. Plato’s works can be divided into three sections: the first deals with Socrates’s teachings, the second with his own social and political theory, and the third, metaphysics.

7. He established one of the first institutes of higher education in the Western world. Founded in 385 B.C.E., Plato’s Academy offered students a tuition-free education and was wholly funded by charity. Here, students learned not only about the subject of philosophy but also about political science, math, biology, and astronomy.

8. Plato was once called to the city of Syracuse to tutor a young ruler by the name of Dionysius II. Dionysius soon became suspicious of Plato and placed him under house arrest.

9. In 529 C.E., the emperor, Justinian I, shut down Plato’s Academy. He feared that the instruction offered at the institution would serve as a threat to the Christian faith. The Academy was nearly a millennium old at the time of its closing.

10. Plato died in 347 B.C.E. His remains were buried at The Academy, yet archaeologists have never discovered them. There are a few theories regarding how he died. The most peaceful account is that he passed away on his bed while a musician was playing the flute by his bedside.