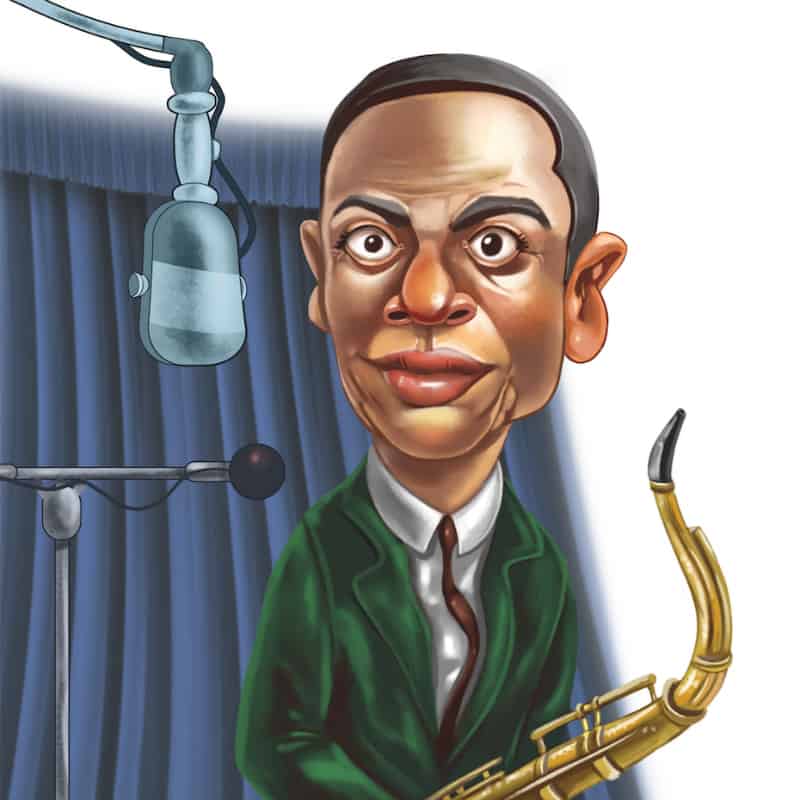 2. Coltrane’s ability to play a flurry of harmonizing notes within each measure is what characterized his playing. These flurries of three in one notes were called by one critic “sheets of sound.” When asked about these moving improvisations, Coltrane once commented that it was as if he started playing “in the middle of a sentence and [moved] both directions at once.”

3. Miles Davis and John Coltrane worked together on numerous albums such as ‘Round About Midnight and the legendary Kind of Blue; however, they separated because of Coltrane’s heroin addiction.

4. Following his departure from Miles Davis in 1960, Coltrane studied the music of Africa and India to improve upon his already magnificent playing. Doing so led him to master his technique of playing the soprano saxophone.

5. After quitting drugs in the 1950s, he claimed to have heard the voice of God. After this experience, he vowed he would be a force for good in this world.

6. Coltrane’s father passed away in 1939, along with other relatives. This left him, his mother, and his siblings in a patch of financial hardship. His mother and siblings moved from North Carolina to New Jersey in hopes of financial stability, but Coltrane stayed behind to finish high school.

7. He spent some time studying music in Philadelphia, but he was promptly recalled from his studies to join the Navy in 1943. It was in the Navy’s band where he first appeared on a recording.

8. His record, A Love Supreme, was heralded by critics as one of the greatest jazz albums of all time. While only containing four suites, the record was nominated for two Grammy awards.

9. The most prestigious awards given to Coltrane were granted to him posthumously. The first being the Grammy Lifetime Achievement Award in 1992 and a special award from the Board of the Pulitzer Prize for his array of recordings, some of which are still being unearthed.

10. Throughout his career, he recorded 45 studio albums, 23 compilation albums, and 19 singles.