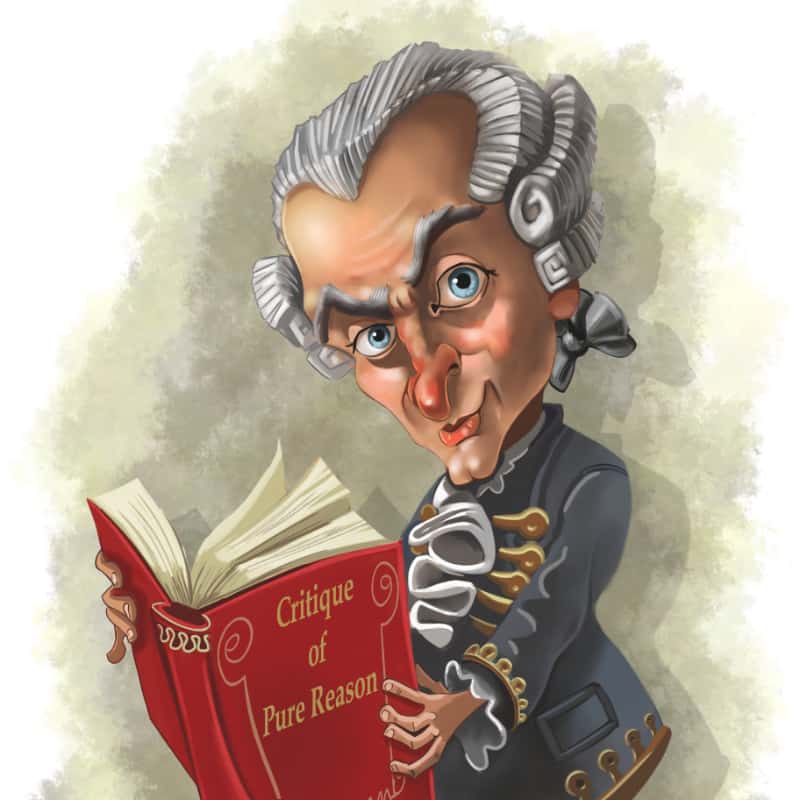 1.The German philosopher, Immanuel Kant (1724-1804), was the fourth of eight children born to Johann Georg and Anna Regina Cant. His parents only saw three of their children grow into adulthood, Kant included.

2. While studying mathematics and philosophy at the University of Königsberg, Kant’s father passed away. Consequently, he had to quit school to support his family by working as a private tutor. Nearly a decade later, Kant returned to Königsberg through a friend’s financial support and quickly earned his doctorate.

3. He had a peculiar body structure; standing at only 5’ 2”, Kant had a concave chest, a deformed shoulder, and a head too large for his body.

4. Kant was a hypochondriac. He took an abnormal quantity of medications and routinely read medical journals in hopes of connecting his various conditions—one of which being constipation—with any recently discovered illness.

5. He had two opportunities to get married, yet he took too long to decide in both circumstances. One of his potential partners moved away from the city, and the other woman married another man before Kant could make a move.

6. Despite being known as one of history’s greatest minds, Kant struggled to earn a tenured position at the University of Königsberg. He worked for 15 years as a lecturer before he was finally promoted to a full professor and the chair of logic and metaphysics.

7. Although Kant was a physical geography professor, he never traveled more than 40 miles outside of his hometown. It has been said that he never even traveled to the coastline, which was only 20 miles away.

8. He is most famous for his idea of the “Categorical Imperative.” In this philosophy of moral decision-making, one should act so that the motivation for their actions is so pure that it could become a universal law. Undergirding this idea is the principle of treating others as ends in themselves instead of a mere means to an end.

9. The Prussian government censored Kant’s Religion within the Bounds of Bare Reason. In response to this, Kant spliced the book into multiple sections and published it one piece at a time through the University of Jena.

10. Toward the end of his life, Kant grew frustrated with the fact that his memory was fading. As a result, he ceased writing. He died on February 12, 1804, at the age of 79.