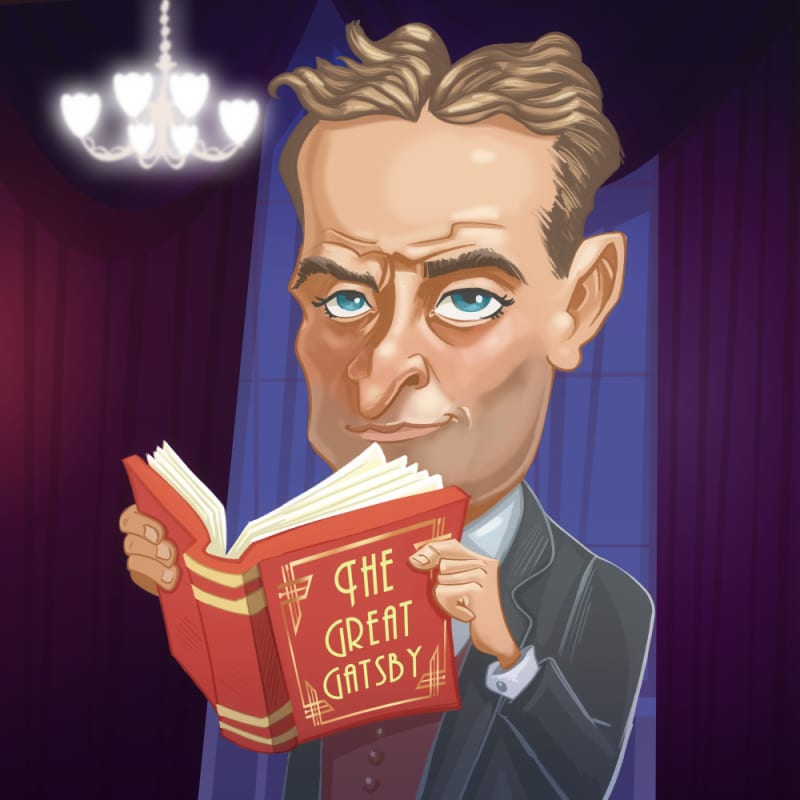 10 Things You Might Not Know About F. Scott Fitzgerald

2. Fitzgerald feared he would lose his life if deployed during World War I. In response, he frantically wrote his first novel, The Romantic Egoist. Though this book was never published, it laid the foundation for This Side of Paradise.

3. Fitzgerald was a college dropout. After his grades took a nosedive in the fall of 1917, he left the prestigious Princeton University and joined the U.S. Army.

4. Eight days after publishing, This Side of Paradise, Fitzgerald married his sweetheart, Zelda Sayre. Zelda had previously called off their engagement due to financial concerns, but with the newfound security of Paradise‘s sales, the pair quickly wed.

5. The Beautiful and Damned is largely autobiographical. The profit and success that Fitzgerald celebrated with the release of his first novel led him and Zelda down a rabbit hole of issues. They eventually left their luxurious life in the United States for what seemed to be a calmer one in the French Riviera.

6. The Great Gatsby generated a meager profit for Fitzgerald and his publisher. The novel sold 21,000 copies in its first year on bookstore shelves. Today, it sells approximately 500,000 copies per year.

8. Fitzgerald and Zelda suffered great marital turmoil between the years of The Great Gatsby and Tender Is the Night. As a result of Zelda’s mental breakdowns and Fitzgerald’s alcoholism, the pair split up.

9. His last novel, The Love of the Last Tycoon, would never be completed. Fitzgerald died only halfway through writing the manuscript in 1940.