The Moment of Psycho: How Alfred Hitchcock Taught America to Love Murder 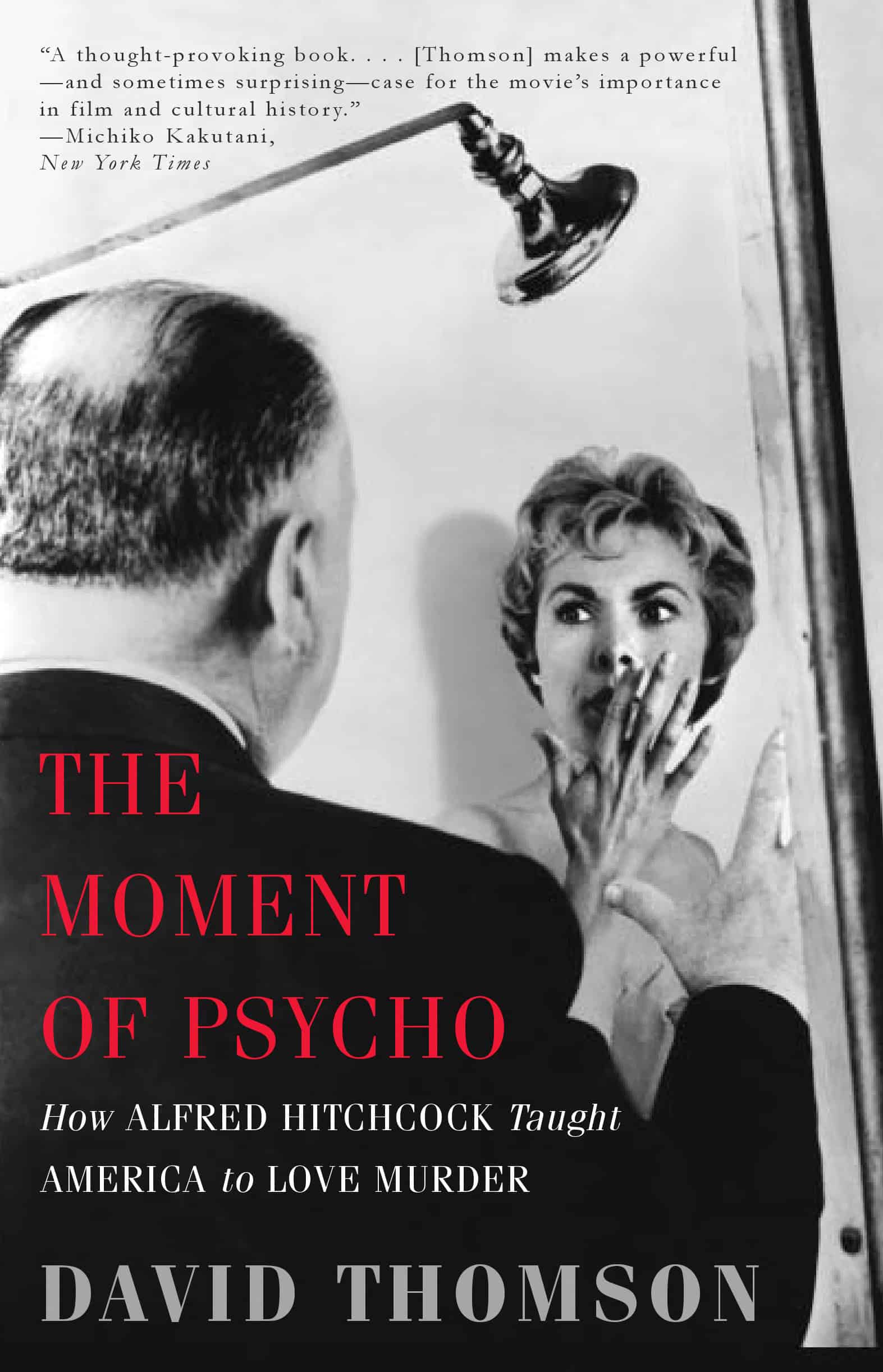 The Moment of Psycho: How Alfred Hitchcock Taught America to Love Murder

David Thomson’s The Moment of Psycho is a foray into the black-and-white imagination of Alfred Hitchcock’s most famous film. While it is an examination of the movie and its impact on contemporary cinema, the book’s ultimate strength lies in little details that Thomson tosses our way, details that make this small volume of film criticism an enjoyable read.

Timing is everything, and in the late 1950s, Hitchcock positioned himself perfectly to challenge cinema unlike ever before. Early in the book, film critic and historian Thomson paints a picture of what the arts and entertainment world looked like at the time. Attendance at the movies was dismal: in 1958, there were only 35 million filmgoers weekly, down from over 80 million just a decade before. As television sets became more ubiquitous in homes, the convenience of the small screen won out, and ticket sales took the brunt of the hit. That is, of course, until Hitchcock decided to confront a nation-wide audience with the genre of movies they’ve never seen before.

In 1959, the year Hitchcock developed Psycho, a brutal murder of the Clutter family in Kansas made national news, paving the way for Truman Capote’s bestselling book, In Cold Blood. As Thomson points out, the book brought brutality into the mainstream—artistically speaking, of course—so why couldn’t Hitch do the same in film?

He did that brilliantly with Psycho, and his genius as a filmmaker wasn’t limited to the classic shower scene that has become a part of Western pop culture. The narrative of the first half of the film that builds up to the murder in the Bates Motel is so crucial in Hitchcock’s sly, albeit risqué, craftsmanship. From the onset, Thomson wants us to consider the opening shot—a voyeuristic image of Janet Leigh’s Marion Crane and John Gavin’s Sam Loomis in a seedy motel room. The aftermath of sex is implied with Leigh lying on the bed in her undergarments and a bare-chested Gavin standing above her. The setup pushed censorship limits of the day for its imagery, but the underlying theme of the opening is far more intriguing.

The author points out that before Psycho, there was a nagging sense of exceptionalism and optimism in American cinema, and Psycho challenged that spirit. Hitchcock used the Marion and Sam characters to demonstrate that there were people in America who wanted a better life, but would never have one. As Thomson says: “An American film has begun in which the hopes and desires of two mature people are overshadowed by lack of money and social freedom… Most films of the [1950s] are secret ads for the American way of life. Psycho is a warning about its lies and limits.”

And so, Marion rebelled and stole the $40,000 entrusted to her by her boss; she would make the life she wanted for Sam and herself. But the audience and Thomson’s readers know differently, and when the conflicted young beauty pulled off of the rain-soaked highway into the Bates Motel and met its administrator, the handsome yet quirky Norman, it became apparent that Hitchcock had a strong fondness for these two characters. The den scene where the two shared a small meal of sandwiches and milk is the most intimate in the movie.

Thomson’s insight into the shower scene is valuable. A murder took place, yet no visual depictions of flesh were shown. The sequence carefully used fast editing to make the experience so jarring, the original censorship board didn’t know what to make of it. The visual lewdness of a violent stabbing wasn’t there. But Hitchcock, being a true master, gave himself added security by including a throwaway scene that would rile up his censors, one of the dead Marion collapsed in the bathroom with her buttocks exposed. If cuts were needed, this shot was cunningly offered as a sacrificial lamb.

And so movie history was made. Nevertheless, Thomson feels that the ending of the film sags in comparison to the rest, weighted down by the eventual explanation. As the author poignantly notes: “The film has run out of mystery, and it now hangs on the downhill run towards the “answer,” the payoff… An explanation beggars the whole game. There is nothing that mystery dreads more than the banality of explanation.”

And while most film critics, Thomson included, agree that the psychiatrist’s final, long-winded explanation is unnecessary, it doesn’t derail the legacy of Psycho or one of the world’s greatest directors. Psycho spawned an entire genre of slasher movies, and yet that’s not what this film was at all. This bleak yet captivating experience challenged exceptionalism with fatalism, and as Thomson says, allowed Hitchcock to work with just as much satire as horror. He never took Norman in a dress too seriously, and perhaps we shouldn’t, either. Our showers are safe.