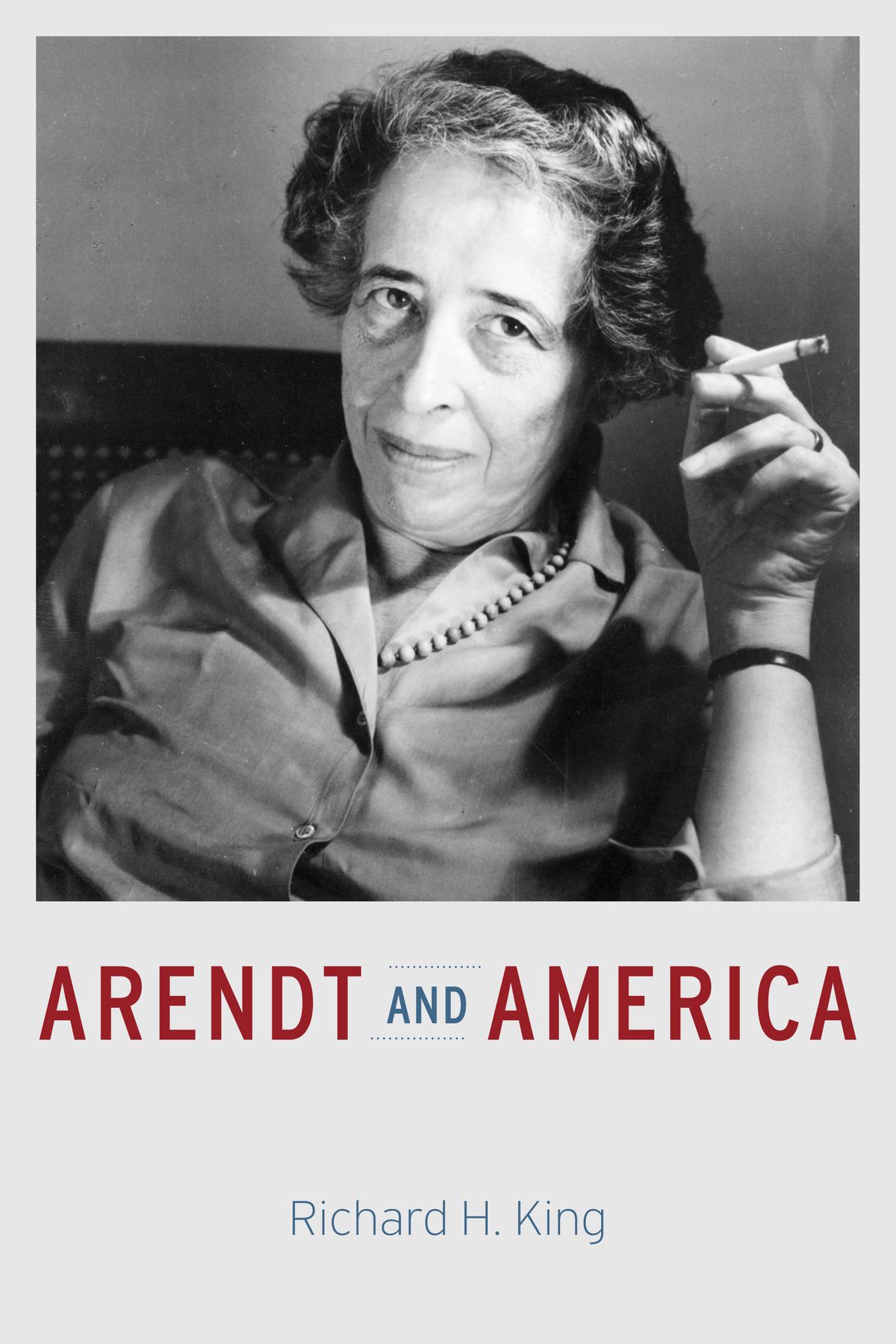 Hannah Arendt was among the most eminent twentieth-century political theorists. Born in Germany in 1906, she came of age during the darkest of “dark times.” Although born into a supposedly assimilated or “Germanized” and unobservant Jewish family, she felt the sting of anti-Semitism early on. She was 28 when Hitler came to power, doubling down on already stringent anti-Semitic laws. In the course of her research on anti-Semitism, the Gestapo arrested and imprisoned Arendt. After eight days, she was released to await trial. She fled her native Germany for France, settling in Paris. Now stateless and a citizen of nowhere, she was without protection of the law and subject to internment and deportation to Germany. Once again, she escaped, first to Switzerland and then to Portugal, and finally to the United States. The theme of statelessness and its dangers runs like a red thread through her political writings.

Steeped in Continental philosophy, particularly in German Idealism, Arendt’s arrival on American shores provided a salutary shock. Like many immigrants, she was immensely grateful to be taken in and spared the horrors of the Holocaust. She wrote to her friend and mentor Karl Jaspers, “I am always thankful that I ended up here [in America]. For my citizenship test [in 1951], I learned a bit of American constitutional history—really great [grossartig] down to the smallest detail—and much of it still lives.” Who but Arendt would prepare for her citizenship test by reading the works of the American founders! “It’s breathtakingly exciting and wonderful, the American Revolution . . . and the founding of the republic. Madison, Hamilton, Jefferson, John Adams. What men. And when you look at what’s there now, what a comedown.” Not only were presidents Truman and Eisenhower mediocre men, but what passes for politics in America—with the pull and tug of competing interest groups—is far removed from the republican ideas of liberty (understood as the freedom to participate in politics) and civic equality.

One of the more striking features of Arendt’s political thinking is how much of it is concerned with loss. With chapter and essay titles like “The Revolutionary Tradition and Its Lost Treasure” and “What Was Freedom?” one gets a sense of her longing for what has been lost and her hope for its rediscovery and restoration. In On Revolution, she contributed significantly to the rediscovery of the republican tradition of political thought and action, along with Bernard Bailyn, Gordon Wood, J.G.A. Pocock, and other American historians. (The first, though unacknowledged, contribution to this rediscovery of the republican tradition was Zera Fink’s The Classical Republicans in 1944, which fell almost immediately into undeserved obscurity.)

The two great themes of Arendt’s political thought are her critical dissection of totalitarianism in The Origins of Totalitarianism (1951) and her attempted recovery of the Republican tradition of political thought in On Revolution (1963) and Between Past and Future (1963). For her, writing On Revolution was “an act of gratitude” to the nation that had granted her the gift of citizenship. Parts of that path-breaking book read almost like a love letter to her adopted nation, its founders, and the institutions they created. What Arendt loved most about America were its ideas and ideals, from the Revolution to the constitutional founding. She decidedly did not love what America later became: a capitalist consumer society in which liberty referred foremost to the free market—the very antithesis of republican liberty.

In the early 1950s, anyone who spoke or wrote critically of capitalism and, admiringly, not of communism but certain communists, such as Rosa Luxemburg, or was married—as Arendt was to a former communist (Heinrich Blücher)—had a target on her back. Senator McCarthy’s anti-communist crusade spread a wide net in which Arendt and many others could easily be snared. As King notes, Arendt kept her suitcase packed in case she needed to make a quick exit, as she had done from Nazi Germany and from France in her youth. Fortunately for her and many others, McCarthy’s campaign imploded from its own excesses. Even so, she never lost the fear of exile and “statelessness,” about which she wrote so searingly and poignantly.

To be without a country—as Arendt had been—is very nearly to be deprived of one’s humanity. What makes us fully human is the capacity to think, speak, and act politically as citizens. As citizens, we engage in “representative thinking,” that is, imagining ourselves in the place of our fellow citizens to discover why they believe what they believe and think and act as they do. Putting ourselves in their shoes and themselves in ours is an enlarging experience. Needless to say, this has now been all but obliterated in our age of hostile tribal politics (which Arendt would say is not really politics at all). Her hope was for “the recovery of the public world” in which citizenship is much more capacious than mere legal status. To read Arendt on the possibility of politics as a liberating and enlarging activity is a bracing experience. To see America as Arendt did—as a civic republic populated by active and engaged citizens—is to learn about the treasure we have lost but which some of us, anyway, hope to recover.

King’s Arendt and America offers original and insightful accounts of Arendt’s major works, especially those written in and influenced by her adopted country.