Federico Fellini: His Life and Work 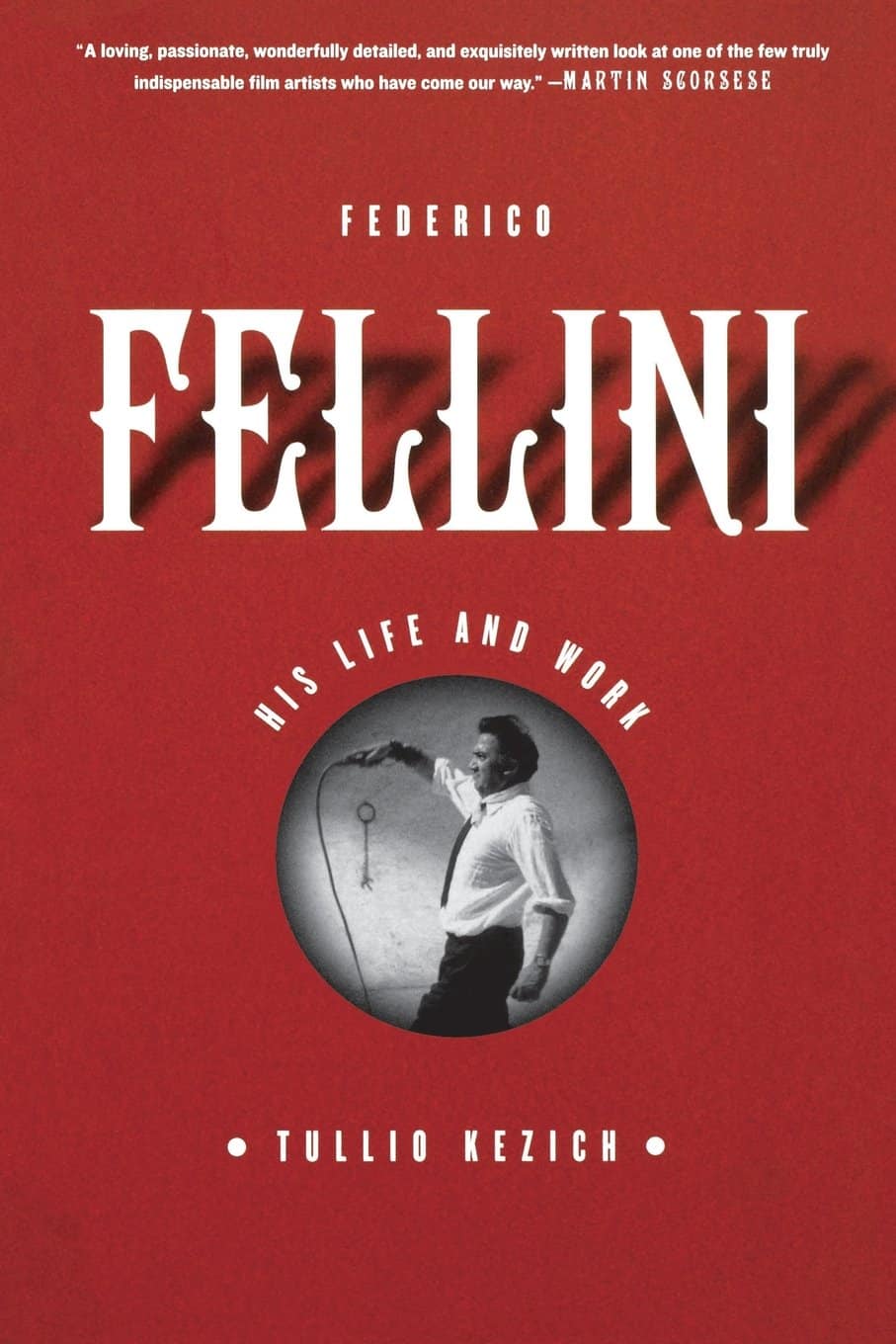 Federico Fellini: His Life and Work

Tullio Kezich, the veteran film critic for Italy’s Corriere della Sera, who knew Federico Fellini for decades, has written a thorough, precise, and very human biography of the filmmaker for the general reader and the film academic. Kezich recognizes the difficulty of capturing the essence of Federico Fellini, who was both magnanimous and private in work and life.

Kezich follows Fellini from his birth in Rimini (January 20, 1920) to his arrival in Rome (March 1939); his struggles as a caricaturist, journalist, screenwriter, and radio scriptwriter in the 1940s; his sudden courtship and marriage to actress Giulietta Masina, leading to a 50-year marriage, as well as his breakthrough as a film director in the 1950s.

As Kezich aptly notes in his introduction,

“Federico (Fellini) operated on his own frequency, and he was in it for the long haul. Watching him intersect with people was like watching one of his feature films, the way he moved so easily from the serious to the silly, from the grotesque to the pathetic. He used irony to diminish drama and celebrated oddities entirely on a different plane from the ideas that held currency at the time.” (p. xiii)

Fellini was accused of being “outside culture.” (p. xv)

“Not until the 1970s did the intellectual left begin to rediscover the legitimacy of the fable form, recognizing the mythic, symbolic, even subversive potential. Horizons would not broaden until after Stalin, Benedetto Croce, and Pope Pius XII had all disappeared. When intellectuals eventually did strike out into that foreign terrain, “the science of man”, many were surprised to find that the director of La Strada had already cut the path.” (p.xv)

Kezich’s biography is strong because it shows Fellini at high and low moments in his life. He decided early on that as a director he would dominate the screen in his personal and professional life. He was enchanting to big stars like Anthony Quinn, Sophia Loren, Marcello Mastroianni, Anna Magnani, and his wife, Giulietta. But he also lent a hand to lesser and unknown actors, cinematographers, photographers, painters, and set designers. He loved English actors and even got a Canadian, Donald Sutherland, to work with him. As far as producers went, he was in direct competition with Dino De Laurentiis, Carlo Ponti, and Roberto Rossellini, among others.

Despite his good relations with many actors, Fellini did not suffer fools gladly. Peter O’Toole did not get along with him. Robert Redford wanted a million dollars for a role and was turned away. Fellini sometimes came in at or under budget, but many times he went over.

Further, as he chose to make films mainly in Italy, he had to put up with Italian politics. In the 1950s, his films ruffled the feathers of conservative politicians and the Church. In the 1960s, they clashed with youth movements and revolution. In the 1970s, they bumped heads with feminists while the Red Brigades ran rampant.

Fellini was overall ahead of his time, but he was recognized for his work at Cannes, Venice, Moscow, and Tokyo film festivals, as well as Hollywood, which gave him five Academy Awards – the most Oscars for Best Foreign Language Films in history. He also was awarded a Lifetime Achievement Award and was decorated for his work at Lincoln Center Film Festival.

He was lauded for La Strada, La Dolce Vita, 81/2, Satyricon, Amarcord, and Ship of Fools. But other efforts, which were not appreciated when filmed, gained vigor later in his life or after his death. These include Juliet of the Spirits, City of Women, The Clowns, and Prova d’Orchestra, among others.

As Kezich notes, “Federico is constantly torn between being open and being secretive, between the desire to immerse himself in the unknown that has become so familiar to him and the need to explain things.” (p. 362)

Fellini: “Basically I realized once again that artistic legitimacy is something quite different from having lived the event. The reality of art is actually more demanding than the reality of perception.” (p. 363)

Late in life Fellini was “reborn” with success of Ginger and Fred, a film about Ginger Rogers and Fred Astaire, the famous American dance team of the 1930s and 40s. His final film was The Voice of the Moon. He did three bank commercials for television before passing away on October 31, 1993, aged 73. His wife followed in March 1994.

Fellini’s reputation has grown in the 20 years since his death. Criticized at times as fascist, proto-Catholic, and neorealist, he was later lauded as existentialist and avant-garde. He tried to work on a film for 40 years without completing it; he did work about Edgar Allan Poe; he followed the Peruvian shaman Carlos Castaneda into Mexico; he was fascinated by Bergman, Carl Jung, cartoons, painting, and caricatures. Kezich has touched on all of these areas, and in so doing has presented Federico Fellini as both a man of his times and ahead of his era. He is to be commended for his efforts, and this book comes highly recommended to all lovers of film and art.