Einstein 1905: The Standard of Greatness 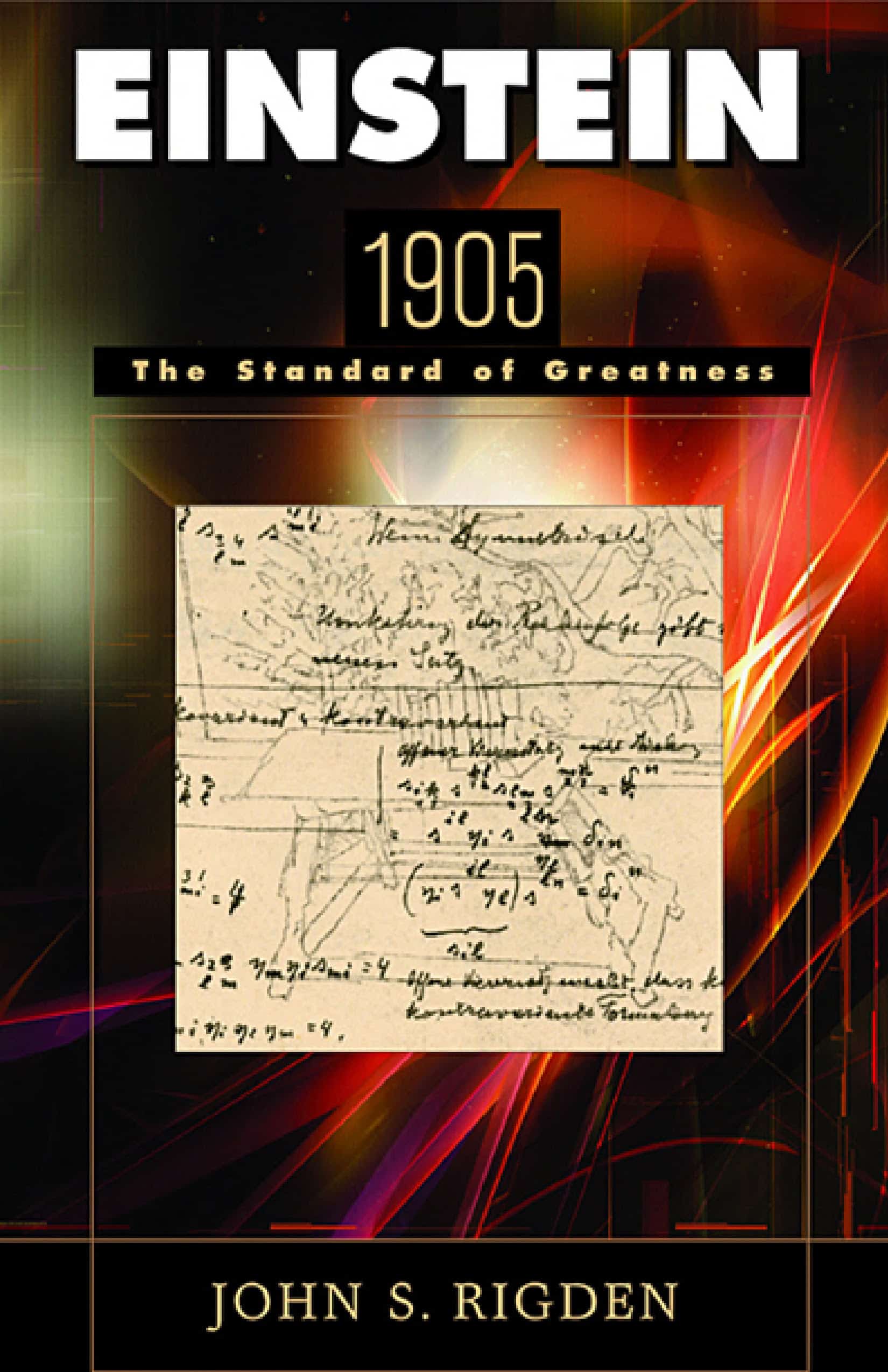 Einstein 1905: The Standard of Greatness

Einstein 1905: The Standard of Greatness, is a detailed look at the five papers written by Einstein in 1905—known as his Annus Mirabilis, the extraordinary year—that truly separated him from other physicists of his time and beyond. The book looks into the interconnection between those papers and how Einstein built on each one to fundamentally change physics, the science community, and the public’s understanding of the world around them. Though there is little doubt about Einstein’s greatness or the importance of his paper on relativity, the depiction of how he wrote, in only six months, five groundbreaking papers is worth reading about.

An Honorary Professor of Physics at Washington University in St. Louis, John Rigden delves into the interrelation of the five papers, how Einstein’s theories played from one to another, and their effect on the scientific community of his time. The book starts with Einstein’s March Paper supporting the building blocks of quantum mechanics; then, goes on to the April and May papers which influenced the development of statistical physics, followed by his well-known June paper in which he presented his special theory of relativity, and finally, his September paper bringing forth the most famous equation of all time-E=mc2. There is little new information offered by Rigden in this book, but he eloquently provides the reader with insight into the papers without an overabundance of mathematical equations usually relied upon when explaining Einstein’s theories. The book is by no means intended for the novice reader, and a rudimentary knowledge of Einstein’s work is extremely helpful in understanding how Rigden views the physicist’s accomplishments.

For a reader looking for an understanding of the personal relations or outside influences that Einstein was subjected to while producing these papers, the answer is not this book. Rigden occasionally flirts with the idea of outside influences, but the area is never fully explored. The author does not explain how Einstein was able to write five seminal papers in only six months—an astounding feat by any estimation—focusing more on what is included in each of the papers and, to a lesser extent, the response by the scientific community.

The limited impact Einstein originally had within the physics community is brought to light, along with his lack of a university affiliation during the writing of the papers in1905. Since he did not have access to a number of easy references and scientific minds; Einstein developed a reliance on his own knowledge of physics and the world around him.

Rigden makes a convincing argument that though Einstein’s April paper—his dissertation—is one of the most cited in the scientific community, it is not the most influential or groundbreaking of the five. Instead, the April paper is credited as the most important one, because it conforms most naturally to use in scientific papers. Rigden suggests that, taken as a whole, the five papers truly make the most astounding contribution to science, as Einstein built on each work with his unique mind. Overall, Einstein 1905: The Standard of Greatness, provides a clear perspective on six months that altered the scientific community and mankind’s understanding of physics.