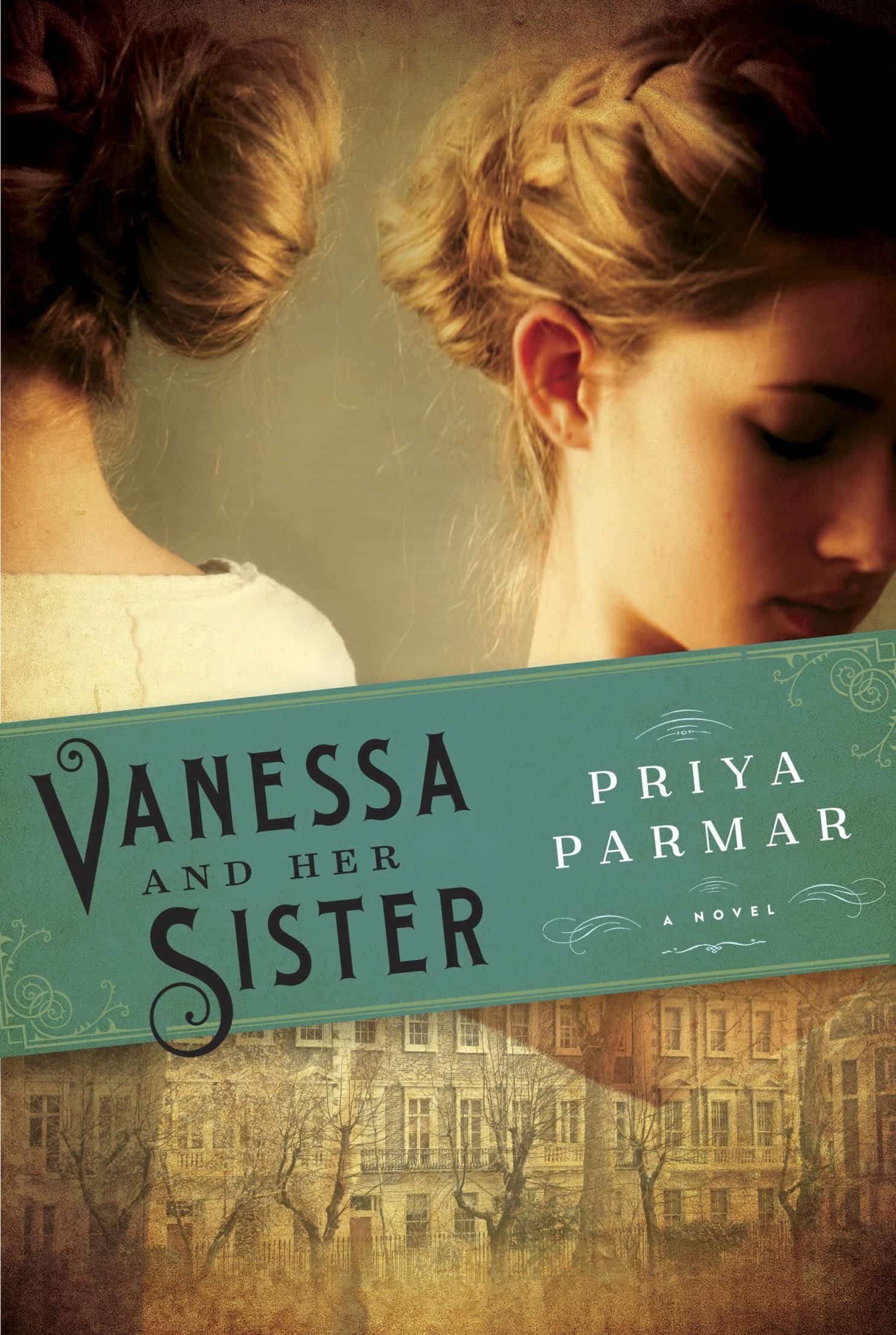 Though Virginia Woolf was a talented, iconic writer, she was also mentally ill and, at times, bizarre. It would have been easy to tell her story in a straightforward biographical style, but author Priya Parmar chose to present Virginia through the eyes of her older sister Vanessa Stephen and in other epistolary forms.

With just a hint of what is to come in a letter prologue dated 1912, Vanessa and Her Sister begins in earnest in 1905. From the start, both Parmar’s mastery and the sisters’ truths are revealed:

“’You do not like words, Nessa,’ she (Virginia) said.  ‘They are not your creative nest.’ So, not a writer, I have run away from words like a child escaping a darkening wood, leaving my sharp burning sister in sole possession of the enchanted forest.”

Vanessa is instead a painter, but, as Parmar has rendered her, she is the cohesive force of their family, the hand that holds the bond of the famous Bloomsbury Group—an influential, eclectic group of English intellectuals, writers, and artists—and she is also the driver steering the course of this fascinating work.

The year is a remarkable one in these women’s lives; their father has just died, following the premature deaths of their mother and half-sister. It is the year after Virginia’s most disturbing mental breakdown to date, but not in the course of her life. Adults yet orphans, the two sisters live with their two brothers, having little to do with their half-siblings, the Duckworths: “What would Mother and Father think if they knew that the siblings and half-siblings had split so cleanly into two camps? Duckworths and Stephens, unwound at the roots.”

With their parents gone, Vanessa assumes the parental role as one brother clings to his identification as the baby of the family. Their move to Bloomsbury, England, has set them free to a certain extent, even if their lifestyle could be questioned: “And what if people are shocked that we have no curtains and hold mixed at homes and invite guests who don’t know when to leave? Only we live here, and we can do it how we like. Just us four. There is a lovely symmetry in four.”

But as the youngest brother passes away and Vanessa gets married, the gritty truth rises vociferously to the surface. Though not a love story by any means, the women’s loves and losses play a key role—in the story, in their lives, and in their relationship. When the story explodes, it does so with a force of a bomb dropped as nonchalantly as a leaf drops from the tree in the fall.

The truth of the story becomes ever more evident: it is not a tale of the artistic journey of two sisters but of Virginia’s journey into madness, a madness that takes her, her sister, and the reader to places unforeseen and unexpected, answering, or at least efficaciously attempting to, the ultimate question of the startling end of the talented writer’s life.

At first, Vanessa leaves hints of the true nature of her sister, a mention of odd behavior and of doctor’s bills, and then they mount from a rolling pebble to a crashing boulder: “She sat up in her attic room speaking in low frantic tones that rose and rose to shake the tall house by the shoulders. That time Virginia’s words unraveled into elemental sounds; quick, gruff, guttural vowels that snapped and broke over anyone who tried to reach her.” The peeks into their lives, sometimes hours apart and sometimes years, provide startling insights, but the flow sometimes feels somewhat uneven. The case can be made, however, that this was the author’s intent—to parallel what must have been the mind of Virginia herself. In the “commercial“ realm of literature, the work could be criticized for being slow getting to the crux. Criticism could also be made of the author’s decision to leave out any mention of the sexual abuse both sisters suffered at the hands of their half-brothers—abuse that Woolf herself recalled in her autobiographical essays, A Sketch of the Past and 22 Hyde Park Gate. But these piddling criticisms of this superb work would be trivial.

The clever usages of letters to and from other members of the Bloomsbury group allow a view from their seat, not merely from Vanessa’s diary entries. While a vivid firsthand account, an unvarnished glimpse into the minds of these real people pops up through their correspondence—sometimes unexpected and out of place—until the whole story is read: a tad discombobulating, the subject matter never to be touched again for great lengths of the book. As with any diary, the prose fluctuates with the writer’s thoughts, which are fragmented and disjointed but wholly organic and, most importantly, satisfying.

Vanessa and Her Sister is a complex literary offering of a complex literary life—literary in the modern sense, where the words and their arrangement become the focus, eclipsing the plot at times, at the least smudging it. Still, there is no denying the strangeness of Virginia—of them all—in the finely crafted prose, for it is as haunted as they are. Parmar delves deeply into the complex and confused layers of relationships, of all kinds and shades—brilliant white and thunderous black.

The author’s expertise and craft are rife. The instances of brilliant prose blossom throughout with pure poetic prose:

“The rest of us are still living on the borrowed fuel of potential and so far have not left deep footprints. But together we carry a brackish air of importance.

I have wanderlust. This year I want to travel—Greece? The drums of marriage are sounding. We four must clasp hands and flee.

The air feels different here. Gritty and tinted with a dusty light I do not yet understand.

The day stumbles and stutters and has forgotten its gait.

Vanessa stood up when grief knocked at the door. She turned squarely and put out her hand and took its hat and coat. There was no need for an introduction. They had met before.”

A finely-crafted piece of historical, biographical fiction, a unique perspective on an ever-constantly fascinating life, an absolute must-read book.