The History of Italian Cinema 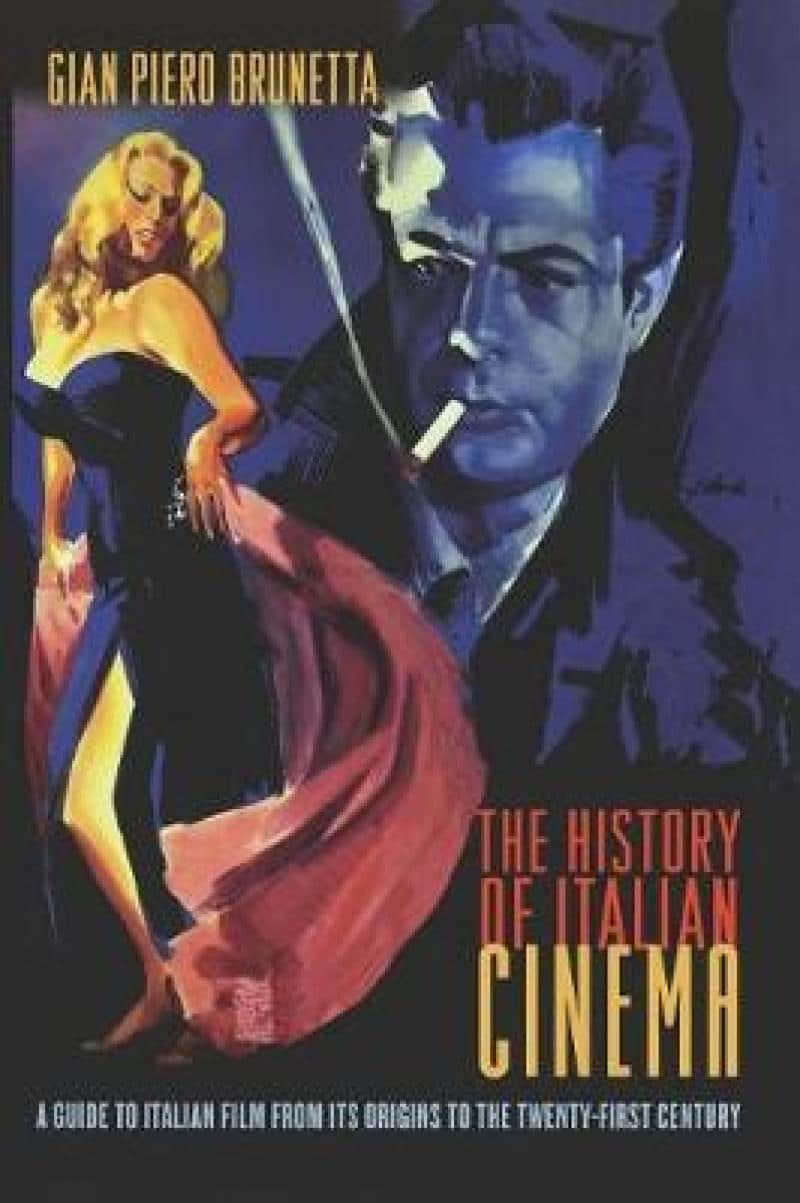 The History of Italian Cinema

Can one ever forget the astonishment of reading a great piece of literature or seeing an extraordinary film for the first time? That sense of awe, one suspects, is what Gian Piero Brunetta had in mind as he undertook his original multi-volume Italian and world cinema histories, and now this comprehensive history of Italian cinema. That this book is a shorter translation of the former should not dissuade the intended audience of cinephiles and students. The author is professor of the history and criticism of cinema at the University of Padua and his passion for and knowledge of Italian cinema, as well as his erudition, shine through on virtually every page. It is impossible to read this book without gaining new insight into Italian cinema, and twentieth-century Italian culture and history. Just as important, Brunetta details the relationship between the Italian and American film industries sparing no feelings in his criticisms of both.

The Italian film industry was a little late in getting started, Brunetta tells us, but by 1910 or so major production was centered in Rome, Turin, Milan, and Naples. To these cities would be added Venice, Genoa, Catania, and Palermo, and production companies soon ventured even further into the provinces though many were only one-film deals. During the years before World War I, which Italy entered in 1915, Italian cinema enjoyed a high reputation worldwide, including screenings in the United States. The war and its aftermath brought about a decline that the Fascists sought to reverse once they came to power. Eventually, under Fascist rule, the majority of Italian film production came to be centered in Rome. The industry’s “all roads lead to Rome” phenomenon actually began in the years prior to Mussolini’s dictatorship when the private stock corporation Unione Cinematografica Italiana (UCI, the Italian Cinematic Union) was chartered in 1919. UCI films relied on a star system, but the actors within its fold were old fashioned, and changing tastes and internal dissent drove UCI out of business two years later. Nevertheless, UCI’s demise did not stop the trend of film production expansion in Rome. This is not to say that production ceased elsewhere in Italy but that, like Hollywood in its golden era, the vast majority of Italian films were produced in the capital. Rome’s hegemony over the Italian film industry was cemented with the creation of Cinecittà, the megalithic studio that became home to the superstars of Italian cinema.

When Brunetta tells us the Fascists “chose not to exercise control over the motion picture industry” (p. 74), he is primarily referring to fiction film because another film production organization over which it maintained total control, Instituto Nazionale Luce (luce means “light” as in the light that guides the way), came into existence in the late 1920s with the purpose of producing newsreels—hundreds per week during the 1930s. By 1936, Luce was screening a news serial titled Notizie dall’Impero (News from the Empire) that propagandized life under the Fascist regime. By then Luce had been in the documentary business for five years, producing films that aggrandized the regime. Another organization founded in the 1920s, but less important, was the Federazione Nazionale Fascista Industriali dello Spettacolo (National Fascist Federation of the Entertainment Industries) whose fortune, as its name implies, was tied to the Mussolini regime. In 1944, after the fall of that regime (the Salo Republic excepted), this was replaced by ANICA, the Associazione Nazionale Industrie Cinematografiche ed Affini (National Association of Film and Related Industries), which represented producers, distributors, and operators. ANICA “launched a series of initiatives aimed at consolidating production and creating, technical, artistic, and competitive guidelines” (p. 109). Repudiating its predecessor’s fascist affiliation, ANICA’s guidelines also removed political objectives from the financing and creative process. Just as important, ANICA took upon itself the task of protecting the Italian film industry from an American invasion—a task that eventually proved quixotic.

While rightfully including a discussion of the fluctuating fortunes of Italian cinema from the business and political perspectives—perspectives that, by the way, reveal the depth of Brunetta’s knowledge of all aspects of his subject—the heart and soul of the book lay with the films themselves, the actors, and, primarily, the directors. It is also clear that this is Brunetta’s main interest as well. There are sections where the casual reader may be overcome by the flood of names Brunetta releases, but others may be inspired to research and view the work of some of the lesser-known directors and actors, or even famous names who time has obscured, like that of the great Neapolitan comic Totò.

For most readers the heart of this book no doubt will be the chapter dealing with postwar cinema, particularly neorealism. Like most critics, Brunetta attributes the birth of Italian neorealism to Roberto Rossellini’s 1945 masterpiece, Roma città aperta (alternately translated as Rome, Open City or simply Open City). Brunetta offers a discussion of Rossellini’s style wherein he took to the streets to film a fiction that had the look of veritè. A fact new to some readers: the Rossellinian method was given impetus because the sprawling lots of Cinecittà had literally become a refugee camp under American auspices. From Rossellini, Brunetta continues with discussions of the major directors of the era Visconti, De Sica, etc., and many of the lesser lights, too. His discussion of directors Federico Fellini and Michelangelo Antonioni underscores how brief was the true neorealist period.

Throughout the book, Brunetta rescues his discussion of films and their directors, writers, and actors from an encyclopedic entrapment by interspersing it with discussions of the fluctuating tastes of Italian society and the country’s economic and political fortunes. He is especially convincing when he ties these in with the quality and quantity of the Italian film industry’s output. Thus, there are the “boom years” for the industry and the nation, the 1960s, followed by the anni di piombi (literally “years of lead”), the 1970s, when the Red Brigade and other terrorist organizations violently punctuated the industry’s retrenchment. But of course, no era is discreet, one blends into the next and occasionally revives years later. (Thus, there is a neo-neorealism.)

Brunetta also devotes sections of his book to genre films such as the western (the term “spaghetti western” was originally derogatory he tells us) and the horror film. In Italy, the horror film elided into soft-core pornography, which grew bolder as mores and censorship constraints relaxed. This was one of the reasons he attributes to the Italian film industry’s slide into domestic and international irrelevance. The primary causes of the industry’s decline he blames on television (a complaint Hollywood had leveled decades earlier) and the U.S. hegemony of the international market. The two fit together nicely as not only did U.S. film distributors capture even greater shares of the Italian market in the 1970s, ’80s, and ’90s, but Italian television began to broadcast more U.S. small-screen productions. Brunetta also bemoans television’s contribution to the decline in the number of cinema theaters in Italy, but that is practically a worldwide complaint.

The book’s final section is devoted to the state of Italian cinema in the late twentieth- and early twenty-first centuries, and here Brunetta ends on a hopeful note. He calls forth a cadre of filmmakers, led by Roberto Benigni, whose talents he sees as being able to lift the industry out of its doldrums. Perhaps he is correct though Benigni himself has not directed a film since 2005’s La tiger e la neve (The Tiger and the Snow). However, since the book’s publication in 2003—the English translation was published in 2009—others have stepped into the breach, such as Michelangelo Frammartino, who in 2010 directed Le Quattro volte, and Paolo Sorrentino, director of the 2014 Academy Award winner for best for film, La grande bellezza (The Great Beauty), not to mention the octogenarian Taviani Brothers who in the past few years have shown revitalized energy with Cesare deve morire (Ceasar Must Die, 2012) and Maraviglioso Boccaccio (Wondrous Boccaccio, 2015).