The Essential Chaplin: Perspectives on the Life and Art of the Great Comedian 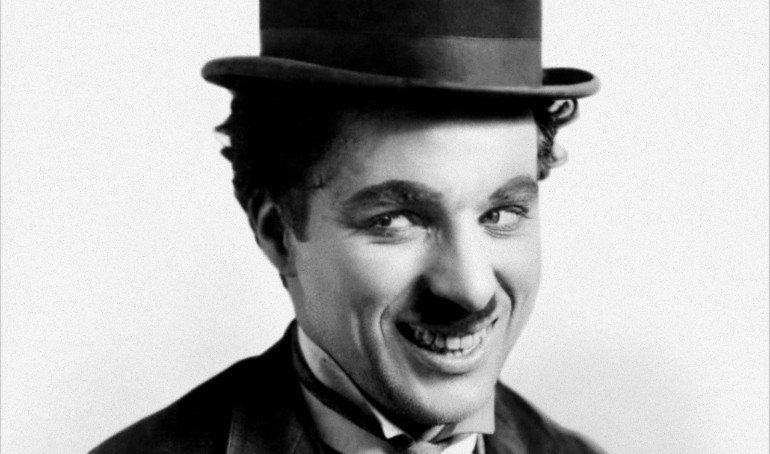 The Essential Chaplin: Perspectives on the Life and Art of the Great Comedian

Richard Schickel has compiled an amazing array of articles and essays on the life and art of Charles Spencer Chaplin. Schickel, former film critic for Time magazine, has written many books about Hollywood personalities, including Elia Kazan, D.W. Griffith, and Marlon Brando. He has introduced Chaplin as “the Tramp Transformed,” and gotten five overviews of the actor (Andrew Sarris; David Thomson; Stephen M. Weissman; Elie Faure; and Andre Bazin). He fills out the anthology with details from people who knew Chaplin in the beginning, during early features, mid-life crisis, and late features.

Schickel views Chaplin as actor, director, composer, and entrepreneur. As a whole, he sees the man’s work as one of an infinite talent, at times approaching genius level. He recognizes, however, the emotional difficulties Chaplin faced in defending his reputation as a silent film star, while on a personal level dealing with consequences of fame—womanizing, fans’ adulation—in addition to misunderstandings derived from being an Englishman in America.

Andrew Sarris, in “The Most Harmonious Comedian,” (p.45) states, “Charlie Chaplin is arguably the single most important artist produced by the cinema.” He feels that the decade of 1915-25 was Chaplin’s apex. He notes, as do other modern writers, that the Keystone/Max Sennett period was significant in the comedic development of the Tramp. Chaplin made a huge amount of money after Sennett—via Essanay (1915), then Mutual (1916-17), First National (1918-22), and United Artists (1923-52). While he could have been influenced by D.W. Griffith (Birth of a Nation-1915), in terms of development of a screen heroine (Edna Purviance, followed by Paulette Goddard), his analysis of comedy and romance remains unique for the period (A Woman in Paris, 1923).

In David Thomson’s view, Chaplin was at his peak until the end of The Great Dictator (1940) but in transition to sound features struggled.

Stephen M. Weissman felt Charlie carried the burden of his mother’s madness, likely from syphilis, following his father’s alcoholic death. His was a rags-to-riches story because of the sadness of his early life.

Ellie Faure sees in Chaplin a Shakespearean brilliance—the character of the Tramp represents humanity’s struggles against the upper classes and the Gods; through laughter and stoicism, he persevered over life’s ironies and personal suffering.

Andre Bazin views Chaplin as a mythical character (p.89)—“…Chaplin carries to absurd lengths his basic principle of never going beyond the actual moment.”

Gilbert Adair notes the Tramp came from the East End of London and the Lower East Side of New York, and his earliest audiences (poor masses) saw him as one of their own. “(Buster) Keaton… is the more stylish… polished… felicitous artist… But Chaplin was greater than cinema. Every one of his films was a masterpiece. And his public was the world.” (P. 102)

Gilbert Seldes says of Chaplin (p. 105): “He wanders in, a stranger, an imposter, and anarchist.”

Alistair Cooke’s essay, “Fame,” goes deepest into the nature of Chaplin, the man in the early 1930s. He worked with the actor several summers and thought of him as “the living Aladdin” (p. 121). Unlike other reviewers who tear apart his work in “the talkies” (Monsieur Verdoux; Limelight; Knight of New York; Countess of Hong Kong, 1947-1966 period), Cooke saw Chaplin in and out of character, and observed his patient directing style—a continuum of ideas and trial balloons. He also saw his perpetual “adoration” with his public, troubles with four wives and countless other paramours (mainly teenage girls), as areas of separation between Tramp the character and Chaplin’s real persona. Further, Cooke notes that the denigration of later films coincided with the way Chaplin directed The Great Dictator (1940) at a time of high isolationism in America; his push to open a “Second Front” for Russia in World War II, conveyed during the Cold War period the impression that he had been a “fellow traveler” or communist sympathizer. However, Cooke is adamant that the revocation by the U.S. Attorney General of Chaplin’s entry visa in 1952 while sailing for Europe was purely vindictive, based on President Truman’s wish to have Chaplin leave the country.

A wide variety of opinion spans this anthology. Schickel is not afraid to present viewpoints severely critical of Chaplin’s work. George Jean Nathan considers him a sub-par director and actor, despite his supreme pantomime skills.

Winston Churchill, in a section titled “Everybody’s Language,” says of Chaplin (p. 206), “ … poverty is not a life sentence. It is a challenge—to some, it is more—it is an opportunity.” In their early lives, he sees a parallel between Chaplin and Charles Dickens.

Dwight MacDonald offers one of several views of Monsieur Verdoux. He feels it has many strong moments, but was shut down in 1947 by Chaplin after poor reviews because of the political climate of the times. A strong character, who murdered an heiress for money to support his family after losing his bank job, was so far removed from Chaplin the Tramp as to defy screen logic of the times.

Other critics take Chaplin to task in Limelight (1952) because he decides to “talk out” his character- a defeated comic actor- rather than show his mentality through serious action. They view this as Chaplin’s last stand apologia for those who saw the Tramp, that visionary character, as too one-dimensional compared to more modern comedians such as Keaton, Lloyd, Laurel and Hardy, and the Marx Brothers. Also, a question is raised: Chaplin wants the public’s love but is he willing to give it back to them in return?

Finally, in “After the Gold Rush: Chaplin at One Hundred,” film critic J. Hoberman sees Modern Times (1936) as the anti-capitalist film and Chaplin in 1916-17 as a cottage industry that he found hard to live up to in the 1930s, 1940s, and 1950s. His exile in Europe (1952-1977) was, as Cooke noted, largely self-imposed, and had a severely negative effect on his filmmaking. Despite this, the majority of the reviews see Chaplin in as many ways a pioneer and visionary of the 20th-century cinema, whose silent genius laid ground for comedy thereafter. His directing, while at times controversial, was the product of serious thought and much byplay. As far as Charlie Chaplin was concerned, deep down, life was much more than the comedy he showed on screen.