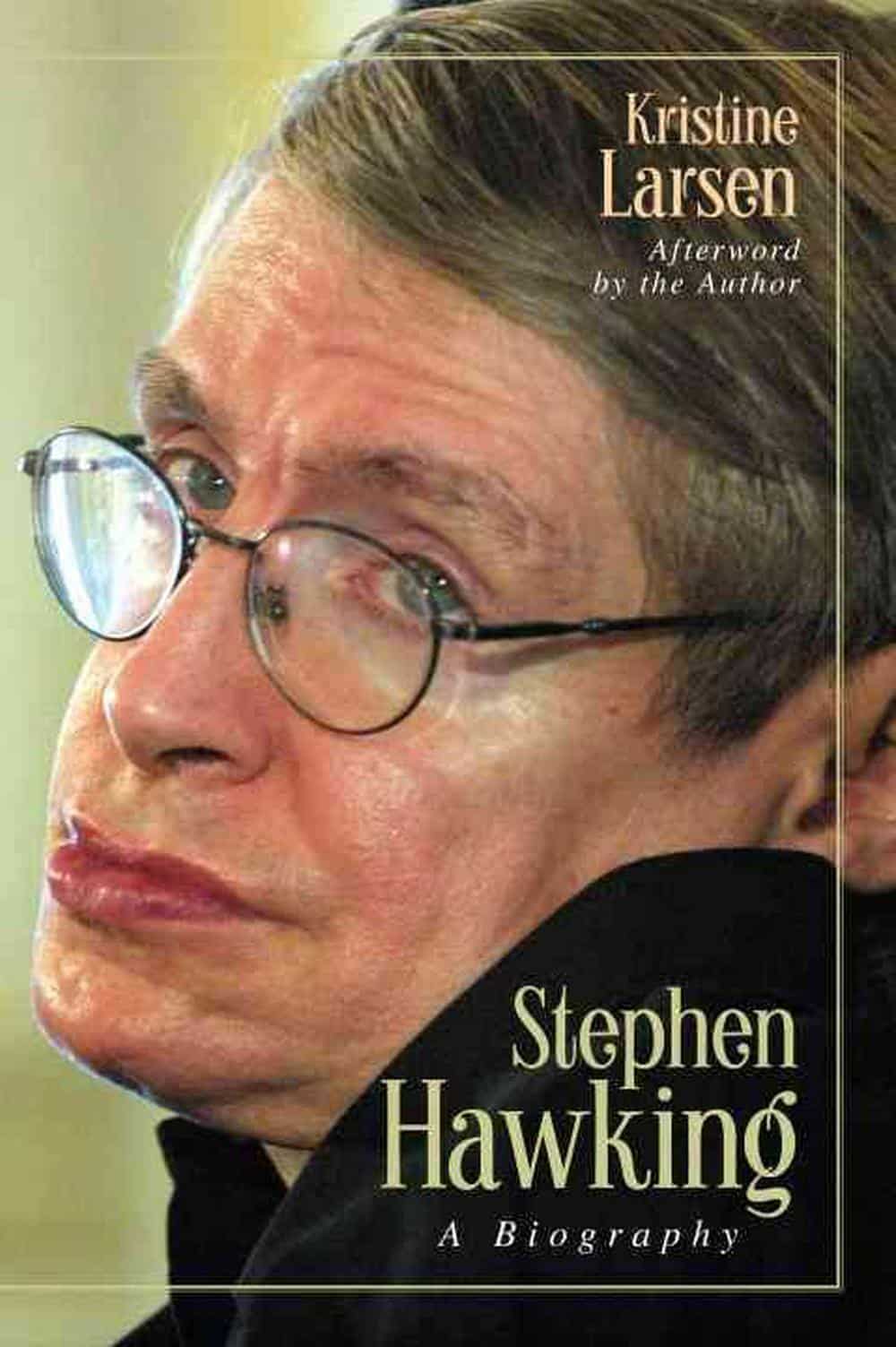 Kristine Larsen begins her biography of Stephen Hawking with a central question: how has a theoretical physicist known for “esoteric mathematics” and “the secret language of general relativity” become a cultural icon and the most recognizable scientist in the world? While the author still grapples with the same question by the end of this brief volume, Stephen Hawking: A Biography provides a capably concise view of the enigmatic genius, packing a remarkable amount of material into a few chapters. However, the book’s very brevity denies the reader a true appreciation for Hawking’s accomplishments, genius, and inner life. Hawking’s popular science book A Brief History of Time was criticized for its pedantry and impenetrability; quite the opposite charge could be leveled at Larsen’s biography of the man. This is light reading that doesn’t do quite enough justice to its heady subject.

Larsen proceeds in conventional chronological fashion, detailing Hawking’s birth to Oxford-educated parents and his “eccentric” upbringing. For example, his family raised bees in the basement and drove a secondhand London taxicab, among other peculiarities. Larsen next details Hawking’s time at Oxford University—his poor study habits but brilliant output, his career indecisiveness, his preference for rowing in the Boat Club over homework assignments—until his graduate studies at Cambridge. These and other events are handled in the book with matter-of-fact conciseness. Next comes Hawking’s unfortunate slide into physical disability, starting with warning signs like stomach aches and clumsiness, and climaxing with a fall down a flight of stairs. Increasing accidents prompted Hawking to seek medical attention, resulting in the devastating diagnosis of amyotrophic lateral sclerosis, or ALS, a disease the scientist has battled for decades despite its debilitating (and degenerative) physical effects. However, readers looking for an emotional or inspirational survivor’s story will be disappointed; Larsen’s narrative steams ahead at a fixed, breezy pace, leaving little time to lament Hawking’s condition or laud his courage in dealing with it.

This is not to say, however, that the biography does not cover the wide range necessary for a complex picture. Larsen establishes the cosmology controversy of the early 1960s over big bang versus steady-state theories of the universe, a debate Hawking helped to quell. Hawking’s home life and the extraordinary sacrifices of his wife, Jane, are also covered. There is a discussion of Hawking’s place both among his peers and in popular culture, especially after the runaway success of A Brief History of Time. There are also the stories behind Hawking’s most astonishing theories, such as black hole radiation, the “no-hair” theorem to describe black holes, and the no-boundary proposal to describe the universe. A Professor of Physics and Astronomy at Central Connecticut State University, Dr. Larsen is especially qualified to make the opacity of theoretical physics more transparent to the layperson. Indeed, the author excels at this task.

What is missing from the book is any sense of Hawking’s genius or greatness. Larsen’s untangling of difficult scientific concepts serves entirely descriptive purposes. She conveys no awe or wonder in Hawking’s accomplishments, and little regard for the audacity of his intellect. Instead, she overwhelms the reader with a laundry list of this honorary doctorate or that television appearance, painstakingly charts the scientist’s career trajectory, papers, and conferences, but misses the essence of Hawking’s charisma or the astounding implications of his work. Kristine Larsen’s Stephen Hawking: A Biography is ultimately a kind of Cliff’s Notes approach to the famous physicist: useful, but perfunctory.