Rousseau: The Arguments of the Philosophers 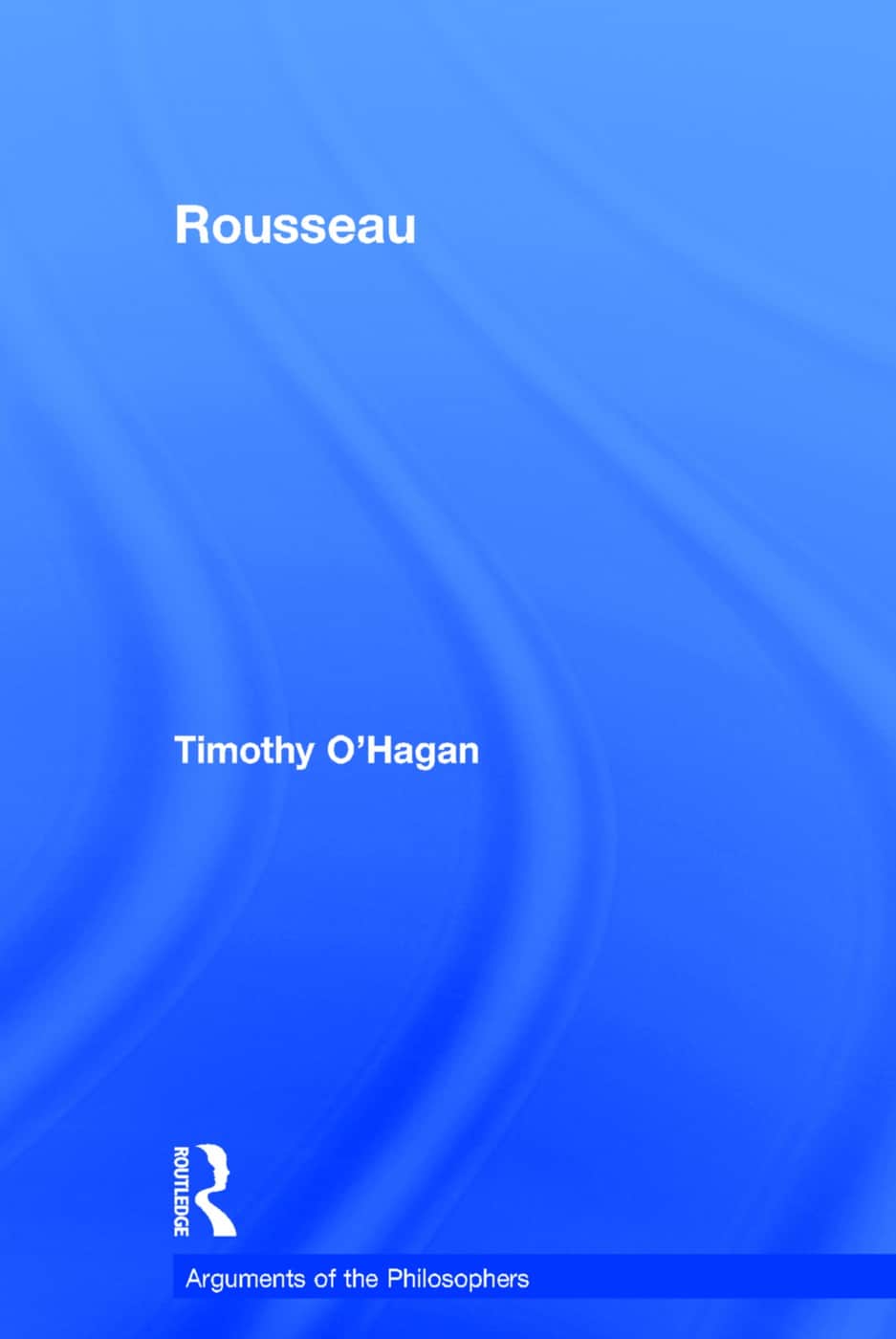 Rousseau: The Arguments of the Philosophers

The Philosophes of the Enlightenment era were a renowned group of French thinkers, famous for their brilliant advocacy and advancement of reason, knowledge, and education. Intent on departing from the old, superstitious, tyrannical thought of the medieval period, leaders such as Voltaire, Diderot, Pascal, Descartes, and Montesquieu rejected religious institutional authority, criticized social injustice, and promoted the aesthetics of a culture and ethos worthy of “The New Man” in Western civilization.

One of the most (in)famous Philosophes was Jean-Jacques Rousseau (1712-1778), a Swiss-French philosopher, writer, political scientist, and composer who deeply influenced and angered European society throughout his life and through his prolific, provocative writings. In Rousseau: The Arguments of the Philosophers (Routledge, 2003), Timothy O’Hagan, Emeritus Professor of philosophy at the University of East Anglia, expertly and meticulously analyzes the quintessential Rousseau works, showing the Philosophe in true form and true beliefs, for better and for worse. O’Hagan writes, “The present book is selective. It covers a limited number of themes in Rousseau’s thought, and it concentrates on just three of his texts, the Discourse of Inequality (the Second Discourse), the Emile and The Social Contract. These three constitute the axes [human race, individual, and citizen] of Rousseau’s idea of formation” (O’Hagan, 7).

Providing needed context to these tenets and books, O’Hagan offers a fascinating biography of Rousseau, providing oftentimes disturbing details of Rousseau’s “eccentric upbringing;” his development as a writer and genius; his numerous (though sometimes self-imposed) exiles from France, Switzerland, and England; and his later years replete with sorrow, loss, and solitude. The result of O’Hagan’s brutally honest presentation is a sense of compassion for Rousseau, despite his irritating and (potentially) emotionally disturbed ways. He writes, “I hope that readers of this book . . . will conclude that Rousseau deserves if not reverence, at least respect, for the qualities which Hume recognized in him . . .” (O’Hagan, 7).

Toward this end, O’Hagan employs a conversational style of investigation and deliberation throughout the rest of the book on key parts of Rousseau’s definitive works and assertions, showing Rousseau’s tension with Enlightenment society and popular thought, his brilliant and astute mental masteries of philosophic principles, as well as his sometimes convoluted and inaccurate arguments and interpretations. He writes, “To say that Rousseau addresses this array of problems is not to say that he solves them, or even that he orders them in a wholly coherent framework. But the morality of the senses provides the guiding thread through much of his thought” (O’Hagan, 10).

Reading through O’Hagan’s work, though, one cannot help but notice the plethora of negative terms the author uses to describe Rousseau’s philosophy and ruminations. In discussing Rousseau’s axiom, “Virtue is a state of war,” O’Hagan writes, “In propounding the morality of the senses, Rousseau regards psychological conflict with alarm, as a symptom of the insuperable division, even disintegration, within the individual, to be deplored and, if possible, avoided” (O’Hagan, 18). In his section, “The Discourse on the Origin of Inequality Among Men,” O’Hagan writes, “He concludes that the present corrupt and inegalitarian order of things has no legitimate basis, but is the outcome of historical accidents. He thus exploits the iconoclastic, naturalistic approach of the Encyclopédistes, and applies it to the most sensitive political problem of his day” (O’Hagan, 23). In discussing Rousseau’s notions of civil society, the specious contract, and despotism, O’Hagan writes, “Rousseau paints a dramatic picture of the contemporary world of extreme inequality, riven by disordered amour-propre. As so often, he draws up a balance sheet, since even this nightmare world brings with it certain benefits, even if they are outweighed by losses” (O’Hagan, 37). On “Cosmopolitanism,” O’Hagan writes, “Rousseau is pessimistic about the possibility of extending ties of fraternity so far, and for that reason he gives cosmopolitanism its predominantly negative charge” (O’Hagan, 111). Even though O’Hagan affirms much, Rousseau comes across as a man of the shadows.

More implied than asserted, O’Hagan shows that a toxic milieu surrounded the whole of Rousseau’s life and culture, tainting all good ideas with a residue of negativity and conflict. This is not surprising, though, considering the social disintegration that occurred in France and Europe during (and after) the French Revolution. As Jennifer Donnelly notes in her historical fiction book, Revolution (Random House, 2010), “Little by little, the old world crumbled, and not once did the king imagine that some of the pieces might fall on him.” Absolutism was bad, but the end of absolutism and the transition to a modern democratic social structure had its own share of bad elements, too, especially in France.

Many people dismiss Rousseau for his seemingly pessimistic approach to life, and yet in reading through the various aspects of society that Rousseau bravely and honestly deliberated upon and discussed in this book—the morality of the senses, negative education, freedom, judgment, knowledge, the empire of the laws, major inequalities, voting, anthropology of identity, social differences, (in)tolerance, negative theology, religion, and morality, etc.—it is no wonder that his writings have an edgy and unsettling quality about them. As Rousseau stated in Emile, “Ordinary readers, forgive my paradoxes: one must make them when one reflects; and whatever you may say, I prefer being a man with paradoxes than a man with prejudices.”

Fortunately for the reader, Rousseau: The Arguments of the Philosophers (Routledge, 2003) provides an even-handed analysis and explanation of Rousseau and his controversial aphorisms, which helps keep this investigation of the Philosophe in balance. Timothy O’Hagan offers proof that this Philosophe was more than just a petulant savant; he was a sincere man of thought and action (despite chaotic past experiences and personal limitations) who hoped to offer his countrymen a better understanding of the social fabric of life.