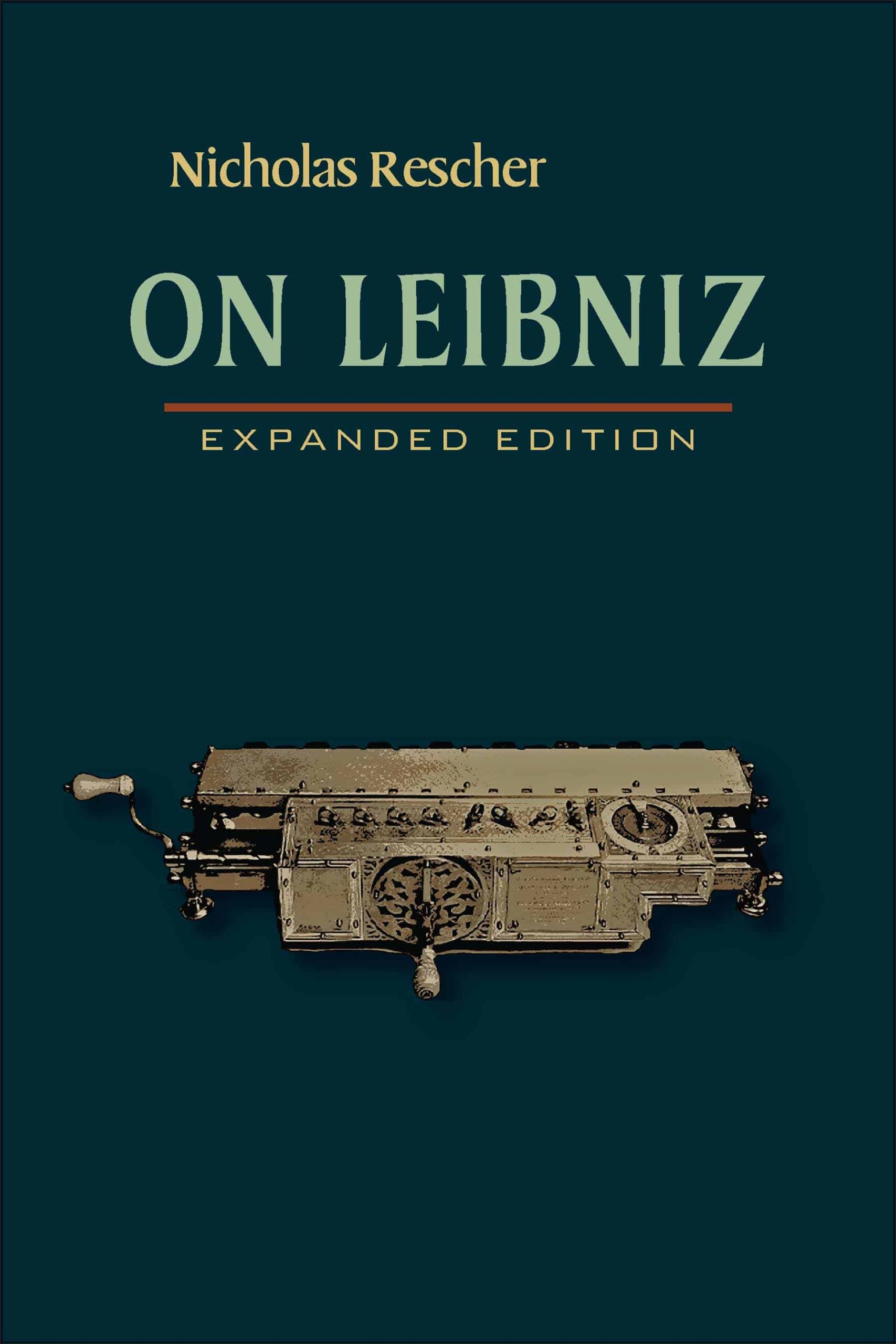 Nicholas Rescher’s On Leibniz collects eleven previously published essays on Gottfried Wilhelm Leibniz (1646-1716), who is most noted for metaphysics but also made contributions to logic, epistemology, and science. Rescher’s very clear writing style makes the essays approachable for anyone with some familiarity with the works of Leibniz: the book will be appropriate mostly for graduate students and specialists, but the intrepid hobby philosopher or upper-level undergraduate could also profitably read the volume. As a collection of essays, the book can be read piecemeal by topical interest.

The most tantalizing aspect of Leibniz for science fiction enthusiasts will be his theory of possible worlds, and Rescher has wisely placed this topic first in the collection as the most appealing and accessible. Those familiar with theories of multiple possible worlds in quantum physics will find Leibniz’s theory a bit jarring or disappointing: jarring because God plays so big a role (our philosophy and science today having eliminated largely or at least closeted the Old Man Upstairs) and disappointing because most of the worlds (indeed all save our own) in the system exist only as possibles in the mind of God. Leibniz stands closer to Plato’s Timaeus than to the many-worlds interpretation of quantum mechanics posited by Hugh Everett. We live in the only real and best possible world, and everything in this world is absolutely unique and irreplaceable. Changing even one aspect of this universe, or even our thinking about some aspect of it, reverberates towards the whole, but the same rules apply throughout the entire structure. The word “world” correlates to the word “universe”, but Leibniz rules out the possibility that every possible must be “real” in some sense. There need not be a world in which the fictional Smurfs have an actual village or a world in which the United States Congress functions appropriately. Even given the Starship Enterprise, we would never stumble upon alternate realities such as these, nor should we seek them “sideways” in some sort of multiverse.

Rescher emphasizes this point repeatedly: “For Leibniz, there is only one real world: the rest exist simply in idea” (9). There are indeed an infinite number of possible worlds, and all the elements within them are “compossible” (3), that is, locked into a set of mutually reinforcing relationships such that each element entails the rest. The possible worlds also have rules governing them, and these rules may be different, but they have the same interlocking nature. God does not make half-formed, ill-conceived worlds. Centaurs exist—as ideas—in the mind of God in a world hospitable to them, with plants edible by centaurs and an atmosphere that centaurs can breathe and laws of physics making such things possible as well. We can easily be disappointed by the non-reality of centaurs in Leibniz’s system: for who wouldn’t want to meet an actual centaur? We tacitly agree with the bias dating back (at least) to Saint Anselm that things that really exist are better than things that exist only as ideas. But the fact is that our own world contains many fantastic things—giraffes, Venus flytraps, the Himalayas—that amaze once we remove the haze of familiarity. The metaphysics of Leibniz means that human arts like fiction, mathematics, and music all participate—to use the word for which Aristotle ridiculed Plato (“for participation…is nothing” Metaphysics α.9)—in the Mind of God. Some will find that to be ennobling, and others demeaning, for a variety of reasons that have little to do with an abstract, philosophical God and more to do with the passionate, anthropomorphic God of scripture. Leibniz has the advantage of bringing God and metaphysics out into the open rather than trying to pretend like we don’t have any interest in questions of ultimate meaning. Quantum physics holds the popular appeal that it does because it piques that interest precisely: witness the recent excitement about the Higgs boson, the “God particle.”

Moving beyond the idea of multiple worlds, Leibniz is also known for his (often vexing) monadology, a topic Rescher explains well:

The term ‘monad’ has both a physical and a metaphysical sense. Physically, monads are centers of force or activity—loci characterized by a dynamic impetus to change. Metaphysically, monads are particulars—items existing as units of reality—whose identity lies in their descriptive uniqueness. ..Monadology stands committed to the idea that anything concrete admits of a specific identifying description…Its maxim is: To be as a unit of existence is to be uniquely characterizable (232).

It is this dual sense of “monad” that can make the term confusing. In the physical sense, monads are susceptible to change: they gain their unity by virtue of description. The monadology becomes necessary once one detaches from historical, spatial identification and comes to think metaphysically: in giving birth to the real possibles, God had to “choose” from the possible possibles (235). This happens through the monads, which hybridize real and ideal features. Rescher views monads as amenable to process philosophies, which prioritize change and becoming over stasis and being, because monads take change into account, as “so many unique lawful instantiations or exemplifications of natural processes” (239). What makes the monads obtain as a good way of describing reality is not their wedding to a stable essence, but to a recognizable “pattern of activity” over time (240).

I leave it to the reader to judge whether one can really escape metaphysics or to debate how much Platonism remains in Leibniz’s philosophy. Rescher does a good job of both explaining the thought of Leibniz while also gesturing towards the relevance of Leibniz to contemporary debates in philosophy and science. Specialists will find much here that I have not mentioned: three historical chapters, for example, and the chapters on logic and epistemology. The book will leave readers with a greater curiosity not only about Leibniz but about the universe and the human capacity to understand and describe it.

David Dillard-Wright is Assistant Professor of Philosophy at the University of South Carolina Aiken.