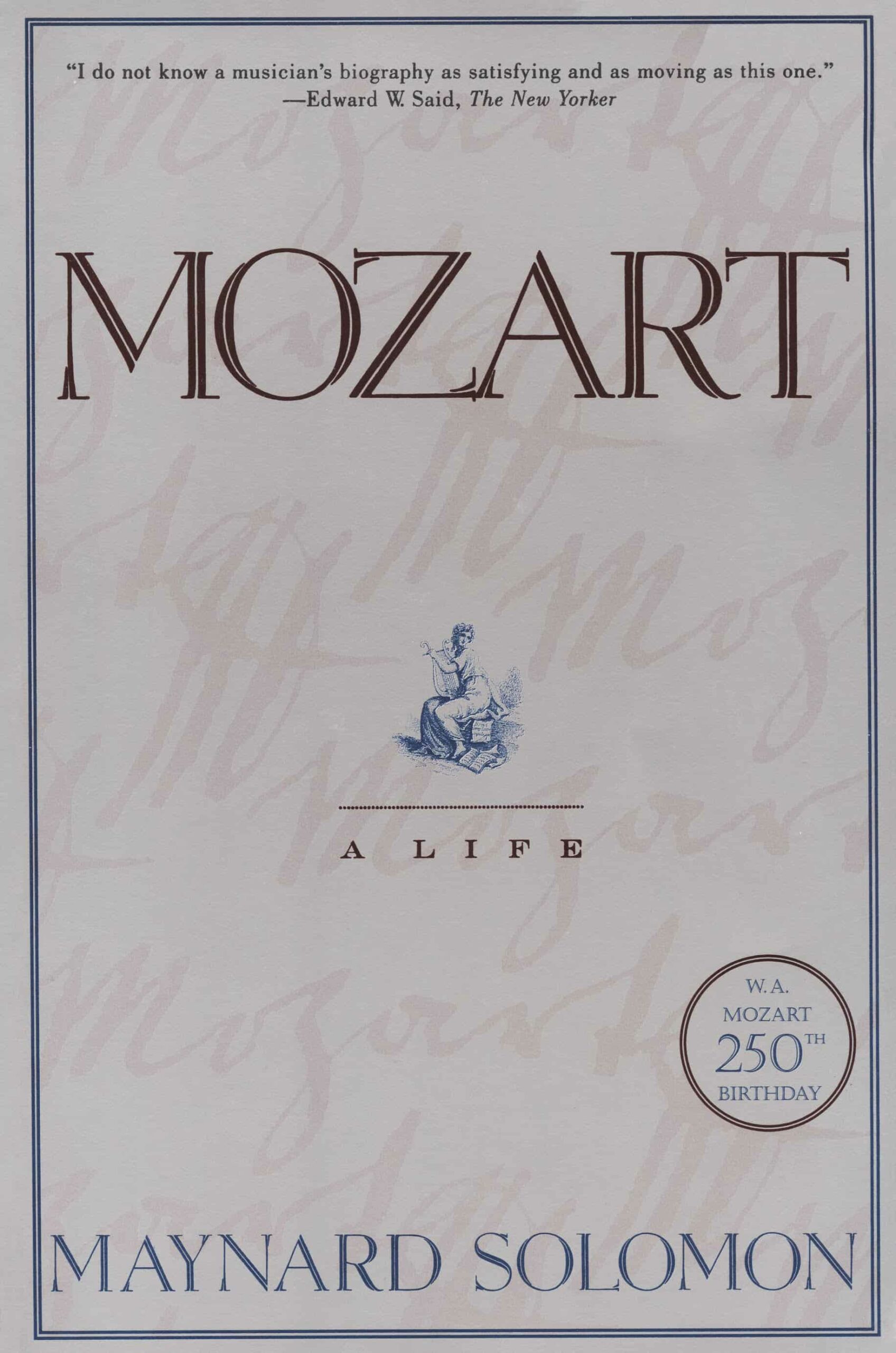 Mozart. The name conjures up various images: a child prodigy playing blindfolded on the keyboard; a moody composer writing music on a billiard table; a man-child throwing his head back in high-pitch giggles. Probably thanks to the unforgettable, Academy Award-winning film Amadeus, these are the images that flash through our minds. The movie, however, is a mixture of facts and fiction and in a world where genius is an extremely rare quality we’re left with many questions. Almost 300 years after his death, Wolfgang Amadeus Mozart continues to capture our imaginations as no other composer has.

Where did Mozart’s brilliance lie? What made him the way he was? What factors shaped his personality and manner of creativity? To what can we attribute his genius? Was he the eccentric, immature child portrayed in the popular film? What is myth and what is reality?

These questions and more are answered in Solomon’s absorbing, insightful work, Mozart: a Life. This hefty biography puts Mozart under the microscope, examining the musician’s life in detail from birth to death. Supported by numerous quotes from original letters and an impressive bibliography, the author offers us a fascinating glimpse into the many facets of Mozart-the child, son, brother, husband, man, father, composer, and genius. At the core of the story is the relationship between Mozart and his manipulative violinist father, Leopold. Indeed, Solomon focuses his character study on this close, obsessive father-son relationship that seems to have influenced and shaped the composer all throughout his life.

From the time Mozart was three, Leopold began educating him in music. At four, the prodigy tried his hand at composing a concerto and invented his own primitive system of notation. At six, he picked up the violin and doggedly taught himself to play it. Not much later, the boy began writing operas. It wasn’t long before Leopold realized his son had been born with a special gift, which Leopold intended to exploit to his full benefit. Because youth passes so quickly, the senior Mozart wanted to take advantage of every minute. When it came to his son’s career, his motto was “Every moment I lose is lost forever.” (7) Once fully grown, Mozart wouldn’t be the miraculous attraction he was as a child. He wouldn’t be dubbed a “little magician” anymore. This knowledge pained Leopold to no end.

Solomon spends a good part of the book probing into Mozart’s childhood, his interactions with his family—not only with his father but also with his musician sister Nannerl-and his early life as a celebrated child prodigy traveling across Europe and playing for rich families and members of the nobility. The anecdote of Mozart jumping on Marie Antoinette’s lap and declaring that he loved her with all his heart is a true one.

Mozart is described as “quick to tears, stricken and often taken ill by the loss or absence of friends, bereft when his constant pleas to ‘love me’ were not reciprocated.” (7) According to Solomon, however, the idea that Mozart was irresponsible, needy, childish, quick-tempered and impulsive was brought to the extreme in a series of letters written by Leopold that were documented in a biography written by Georg Nissen in 1828.

When one reads about Leopold and Mozart’s relationship, it is interesting to discover how parallel their lives were: Like Mozart, Leopold refused to follow the path his parents had set out for him; he wanted to make it on his own as an independent musician in a foreign city; because of his rebellious actions, he also brought his family’s wrath upon himself. “Unknowingly,” states Solomon, “Mozart was repeating, under duress, a narrative similar in its basic outline to one long ago played out by his father.” (211)

Another remarkable—and sad—quality of Mozart’s life is the enormous disparity that existed between his extraordinary talent and the working opportunities he was able to find. Mozart believed his virtuosity as a composer of operas, which was his great ambition, was being wasted. In a time when musicians were treated by the nobility like servants, Mozart’s talents were little appreciated, and this was a constant source of unhappiness and frustration to him.

This book is by no means a light read; the 500-plus pages are large, and the font is small. Solomon divides the book into four main parts: Beginnings, Salzburg, Vienna, and Endings. Each part contains many quotes from original letters, an assortment of black and white portraits, and copies of segments of Mozart’s music. This is a scholarly work, so the paragraphs are long, and the vocabulary sophisticated. However, the combination of the subject matter, the original letters, and Solomon’s perceptive observations bring the prose to life until, ultimately, the myth is replaced by the real Mozart, a man of flesh and blood.

The author of books on Beethoven, Shubert, and Ives, Maynard Solomon, co-founded Vanguard Records and later became a music producer and a critically acclaimed musicologist. A finalist for the Pulitzer Prize in Biography, Mozart: A Life is an engrossing, ambitious work that will delight classical musicians and educators. It is a book that should be in the reference shelf of every library and music school. For us simple Mozart fans, it is both a challenging read and a wealth of information on the life of an unusual, brilliantly gifted mind.