Leonardo Da Vinci: In His Own Words 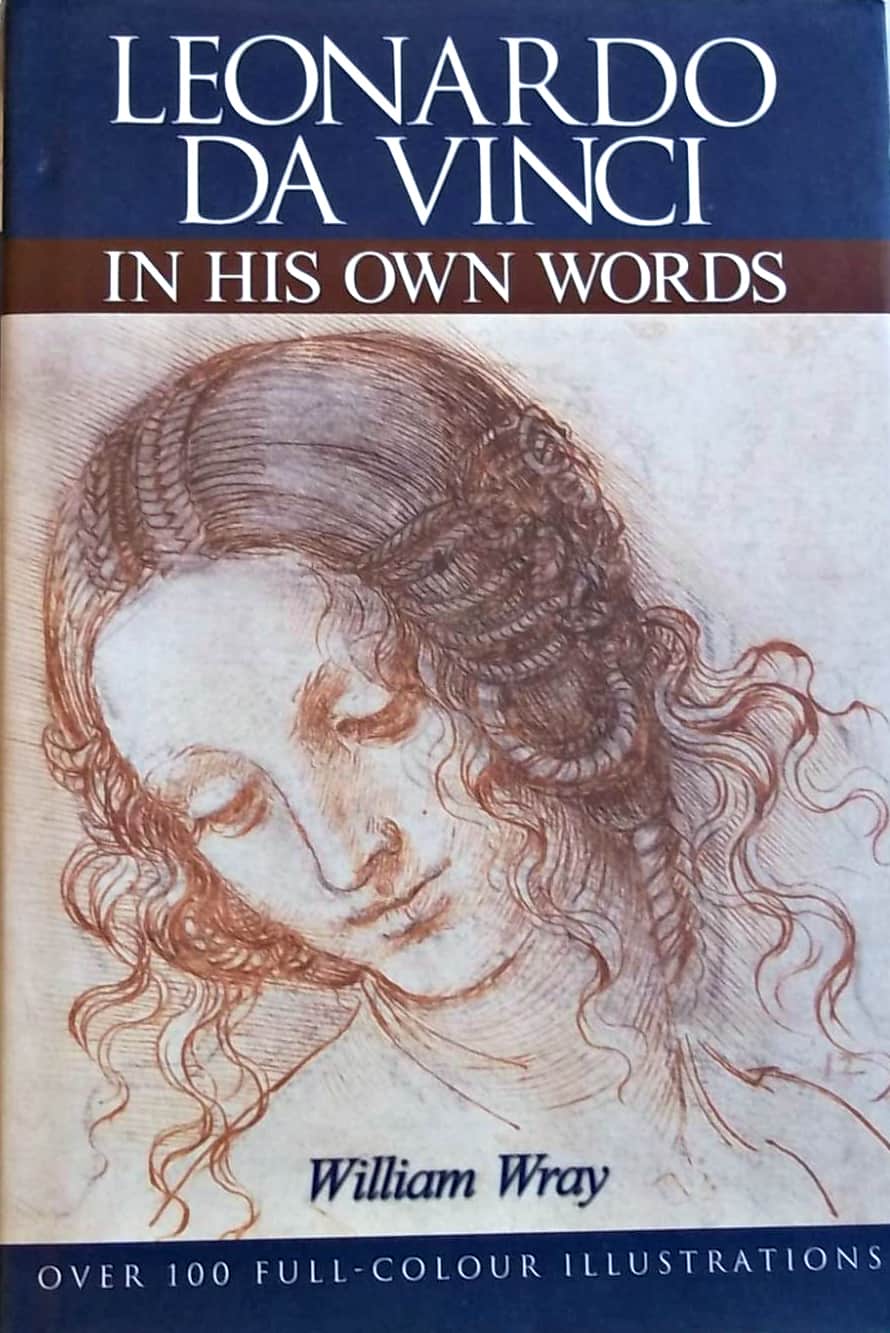 Leonardo Da Vinci: In His Own Words

Few historical figures are as engaging to ponder than Leonardo Da Vinci, the renowned Italian artist, engineer, architect, inventor, humanist, and all-around “Renaissance man” (Wray, 6). He was (and is) the model by which all other future artists have been judged—both in regards to his awe-inspiring aesthetics and his uncanny mastery of the artistic craft. Although the immediate allure of this Renaissance celebrity comes from the exquisite technical beauty of the products of his creativity and imagination, less is known about the internal and external crucibles of Leonardo’s life that propelled, guided, and forged his great works that are so admired today.

Fortunately, in Leonardo Da Vinci: In His Own Words, William Wray, an American cartoonist, animator, and painter, has delivered a concise-but-powerful analysis of the mostly unseen, unknown side of the great master. Wray writes, “What we will do is to explore his words in order to come to a better understanding of the man, his achievement and his thinking” (Wray, 6). Although a simple goal, considering the complexity and high genius of Leonardo whose mind encompassed everything, Wray has produced an admirable and beneficial work that brings light to some of the most shaded areas neglected in other Leonardo biographies.

First and foremost, Wray’s use of Leonardo’s personal journal is brilliant; there is nothing more powerful than a first-person account in history—it chisels out the truth where others only cover it with conjecture. Additionally, Wray’s presentation comes across well—both aesthetically and expertly. The reader sometimes feels as if in an art museum with the curator by one’s side, providing details that help convey the true depth of meaning behind the masterpiece set before him or her.

As Leonardo was known as a great artist, Wray begins his unveiling of the master by examining not just his works, but also the artist’s understanding of the purpose and propositions of all art. Wray writes, “Leonardo made considerable claims for the power of art. He described it as a science that endowed passing beauty with a permanence greater than nature” (Wray, 17); correspondingly, Leonardo writes in his journal, “He who despises painting loves neither philosophy or nature. If you despise painting, which is the sole imitator of all the visible works of nature, you will be certainly despising a subtle invention which brings philosophy and subtle speculation to bear upon the nature of all forms” (Wray, 23).

For Leonardo, art was not just mere whimsical doodling. The heart and soul of art was mirroring the beauty of nature, and to do that properly, the artist needed a deep understanding of how nature operated (human or otherwise). Inferior artists had an inferior understanding of what they were painting or trying to depict; thus, wise artists were obligated to closely observe and study nature, and then to carefully apply the fruits of that discovery in their works.

Wray unveils how Leonardo accomplished this in regards to human anatomy, optics, and light, perspective, background, textures, color, botany, etc. For example, regarding perspective, Wray writes, “Being a master of the representation of the play of light, Leonardo had closely observed that which stimulated the eye” (Wray, 30). And “In his record of nature, Leonardo was the master of the brilliance of illumination contrasting with tonal gradation into mystery and darkness” (Wray, 37). Furthermore, “Leonardo saw the density of the atmosphere made a considerable difference to how distant things appeared” (Wray, 54). Finally, “Leonardo was a dedicated anatomist, exploring the functioning of the body by meticulous dissection. He was aware of the body as an exquisite piece of engineering. . .” (Wray, 68).

As alluded to earlier, Leonardo’s genius was not only in drawing and painting; according to Wray, “Leonardo’s mind overflowed with invention and he did more, perhaps than anybody else in history, to lay down our modern approach to science” (Wray, 102). Consequently, Wray unveils Leonardo’s understanding and involvement in the sciences, focusing on his sense of empiricism, mathematics, experimentation, physics, astronomy, flight, naturalism, etc., and their application for European cultural needs (both personal and public). He writes, “Leonardo devised not only machines of destruction but also machines for propulsion, including an early bicycle . . . Leonardo’s inventions prefigured many of the machines that centuries later would promote the Industrial Revolution” (Wray, 142). This leads Wray’s discussion into an uncomfortable, unaesthetically-pleasing aspect of Leonardo’s life—inventions of warfare, perhaps “his largest legacy of mechanical inventions” (Wray, 144). Most people know of the Mona Lisa, but few are aware that “at the age of thirty Leonardo listed an impressive array of designs of weaponry that he was able to offer” (Wray, 147).

Wray concludes his work with a brief discussion of the official philosophical writings of Leonardo. It has been said that gregarious Leonardo (and not stern Michelangelo) was the Renaissance celebrity one wanted to invite to the soirée or theatrical premiere; however, pleasing the crowd often required carefully constructed aphorisms. Thus, “Leonardo was universally recognized as being a master of symbolism and allegory. Whether this was something that he took seriously as part of his duties to his patrons, or it was merely a distraction from his more scholarly studies, is hard to say” (Wray, 157).

Regardless, Wray claims that Leonardo was “scornful of those philosophers who indulged in abstract speculation without looking in detail at the knowledge the senses provided . . . Reason for him was not merely the power to think things through. Reason was the highest faculty of mind, which in the process of understanding had to ‘stand outside; in contemplation” (Wray, 161). Not surprisingly, Leonardo’s journal writings also include his thoughts on the power of art, unity, wisdom, the soul, and even love. Wray writes, “Leonardo was in the pursuit of truth and could never be satisfied with falsehood of any kind. Truth was the guiding light of his life: it was mankind’s true purpose and inherent in this purpose was mankind’s true nobility” (Wray, 188).

A confirmed devotee (quite understandably), Wray’s depiction of the Renaissance master in Leonardo Da Vinci: In His Own Words is high and hallowed. Leonardo was an admirable artistic master; therefore (Wray writes), “By reading Leonardo’s words we will look through his eyes, see the world as he saw it and, in the process, discover so much more about the scope of the human mind” (Wray, 11). And in his own composition, Wray does just that, utilizing the personal journal of Leonardo to examine the artistry, the scientific advancements and experiments, and his overall philosophy of European Renaissance life that catapulted him to greatness and fame.