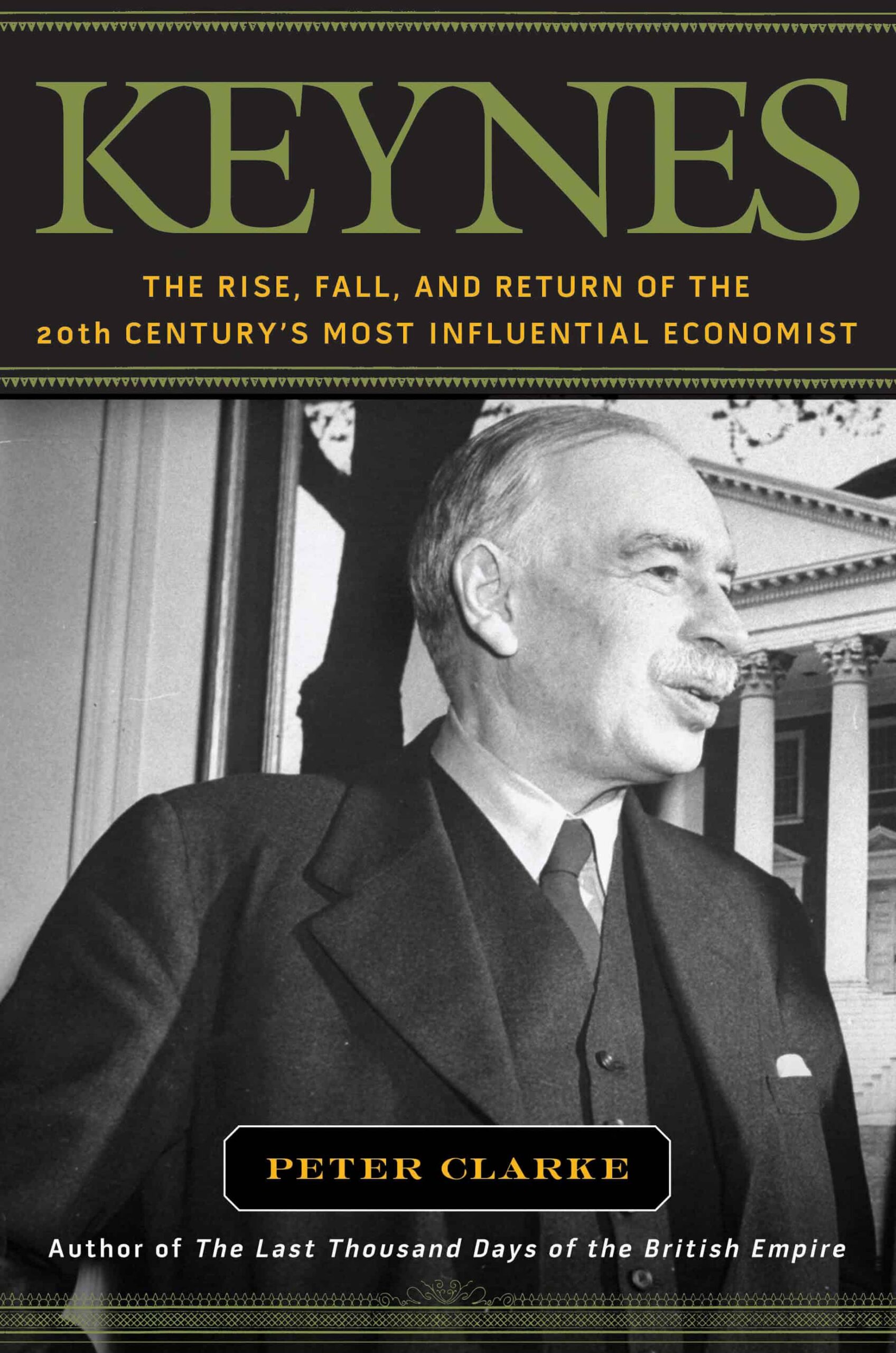 Ever since the current financial crisis began in 2007, one name started reappearing in the newspapers. Not that John Maynard Keynes ever really went away, but as Peter Clarke argues at the outset of his study of the 20th century’s most prominent economic thinker, Keynes’ star had waned in the 1980s and 1990s. The eclipse of his reputation was a product of a discernible shift in economic policy during these years, epitomized in the political economy of Thatcherism and Reaganism, which emphasized monetarism and fiscal restraint. All this made Keynesianism seem distinctly passé. For what use was an economic theory that grew in the context of depression and looked to government stimulus in an age of boom when the market seemed, at last, to have assumed self-righting equilibrium? Fresh economic woe would challenge this hubris, but as Clarke’s book suggests, the distinction between Keynesian intervention and post-Keynesian confidence in the market is not clear-cut. For instance, Margaret Thatcher, while closely associated with supreme faith in market forces given her commitment to the economics of Frederick Hayek, attempted to disassociate Keynes from Keynesianism. “I am afraid Keynesianism has gone mad,” she said in 1979, the year of her election, “and it wasn’t in the least little bit what Keynes thought” (17).

Clarke is naturally sensitive to the particular resonance of Keynes’ ideas in the current political climate. Indeed, given the resurrection of Keynes, Clarke argues that the time is especially auspicious for a historical re-examination of his work that clears away the misconceptions. “There never was a timeless ‘Keynes’,” he writes in the introduction, “whom we can demonise or mythologise at whim … [and] the historical Keynes inevitably found his … thinking influenced by the times in which he lived” (19). The historian, as opposed to the economic theorist, is, therefore, an especially useful guide to understanding his legacy. And Clarke, formerly Professor of History at Trinity Hall, Cambridge, is a better guide than most. Most famous for his seminal study of modern British history, Hope and Glory: 1900-2000 (2004), Clarke has also written two other, longer, studies of Keynes and his impact. Told with characteristic wit and flair, Keynes condenses many of the themes of these works, with one eye to the contemporary significance of Keynes’ ideas.

Clarke supports his thesis that historical investigation is crucial to understanding Keynes by stressing two themes in particular. The first is a sense of place. A Cambridge man by birth and education, Keynes would maintain a lifelong connection to the University, even serving as bursar for King’s College in the final two decades of his life—a period that overlapped with his burdensome official duties for the British government during the Second World War. Another location central to his story is Bloomsbury, “a district of London that became a code name for the cultural milieu” in which he moved (8). Home to a number of the literati, including Virginia Woolf and Lytton Strachey, Keynes was an active participant in their events and forged important friendships.

The second theme is a stress on Keynes’ politics. He was, Clarke suggests, a “political animal, to an extent that has rarely been given its due” (35). In a way, this too is related to a sense of place. His Cambridge upbringing to “high-minded” parents from dissenting backgrounds meant they were “axiomatically Liberal,” and as an undergraduate, Keynes would serve as president of the University Liberal Club (22-3). The emphasis on his “sense of moral purpose and obligation” mirrors the book’s stress on the idea that Keynes’ economic thought developed in the context of economic policy. While the first two chapters explore his biography, the third and fourth introduce a divide between policy and theory, tracing how the consistency in his thinking on policy matters that developed in the mid-1920s resulted in his rethinking of economic theory in the 1930s. In turn, this theoretical shift informed a criticism of policy, in Keynes’ argument that the attempt of the National Government to “balance the budget at the bottom of a slump” during the Great Depression was self-defeating (147). Spending was central to reviving prosperity, but rather than creating budget deficits, Keynes favored “loan-financed capital projects” that would invigorate investment in tandem (148).

Clarke offers a lively introduction to Keynes’ work that is sensitive to the development of his economic theory, and the significance of his personal biography. The historical contextualization central to the book means that the way in which Keynes’ ideas developed in response to circumstance is prominent. This also allows Clarke to counter accusations of inconsistency, which, while real, occurred in Keynes’ thought “far less often than is alleged.” Given the immediate significance of many of his ideas, it is not surprising that the book should close with a call to re-examine these principles afresh. His real contribution, Clarke concludes, was a demand for government to intercede when faced with “obvious market failure.” And, echoing Keynes’ willingness to adapt his thinking in light of contemporary events, to take “refuge in inert doctrinal purity,” is not the answer (180).