Intellectual Work and the Spirit of Capitalism: Weber’s Calling

Intellectual Work and the Spirit of Capitalism: Weber’s Calling

In another life, Max Weber could have been a lawyer. The man now called one of the “fathers of sociology” along with Émile Durkheim and Karl Marx earned a doctorate in law from the University of Berlin in 1889. Soon after, however, he found his true passion to be in the social sciences. All of us should be thankful he chose the life of the scholar. Weber was born in Prussia in 1864, the son of a civil servant father and a French Huguenot mother. From a young age, he showed an astounding mental aptitude. Concerned with the effects of history and culture on the development of modern institutions, his academic work included such lasting contributions as Economy and Society and The Protestant Ethic and the Spirit of Capitalism.

The latter book is alluded to in the title of Intellectual Work and the Spirit of Capitalism: Weber’s Calling by the Canadian sociologist Thomas Kemple. Kemple chooses to analyze Weber through his written work as well as three lectures he gave during the last decade of his life: “Technology and Culture” (1910), “Science as a Vocation” (1917) and “Politics as a Vocation” (1919). Rather than view Weber’s lectures in the historical context in which they were given, Kemple uses them to explain the development of sociology after Weber. This is done through a technique the author calls “sociological allegory”:

Our task is less to read Weber more deeply, extensively, and accurately in his own terms and according to his own times than to consider how Weber reads us. Our task is to find ways of listening to what Weber has to say about the predicaments we face, and, in particular, to consider how his insights and interpretations, as well as his errors, silences, and ambivalences, provide us with a sounding board for giving voice to the limits and possibilities of our age.

Kemple attempts to explain how Weber’s thoughts on capitalism and modern society inform the spirit of our times, characterized by what he calls the “globalizing spirit of capitalist democracy and its bureaucratic disciplines.”

This book opens by delving into the form of Weber’s lectures, arguing that the great sociologist’s methods are just as important as the content of his work. Kemple mentions his subject’s emphasis on value-freedom—a perspective by which the writer or speaker attempts to explain the surrounding world without passing personal judgment on it. Kemple calls this the “art of speaking sociologically” and argues that its emphasis on objectivity and perceived universality is crucial for understanding contemporary politics and economics.

Weber’s attempt to make sociology as scientific as possible (objective, universal and value-free) is mirrored in the development of democratic capitalism. Modern politics and economics emphasize form over content, legality and rationality over value norms and bureaucratic procedure over personal charisma. In Kemple’s view, Weber’s work is as much a catalyst for these trends as it is a reflection of them.

Case in point is the scholar’s references to Benjamin Franklin. The American icon is treated as a historical individual, a figure whom Weber uses to paint a portrait of the “spirit of capitalism.” Franklin serves as both a historical example of the capitalist and an enduring symbol of capitalism. To illustrate this point, Kemple cites a passage from The Protestant Ethic and the Spirit of Capitalism:

And if we ask why should ‘money be made out of men’, Benjamin Franklin himself, although he was a colourless deist, answers in his autobiography with a quotation from the Bible, which his strict Calvinist father drummed into him again and again in his youth: ‘Seest thou a man vigorous in his calling? He shall stand before Kings.’

Kemple argues that Weber’s caricature is not entirely accurate; Franklin never used the phrase “making money out of men.” However, Weber portrays Franklin this way in order to mark the “pivotal moment when Calvinism seems to have been transformed and converted into capitalism.” Even today, this image of Franklin is used as an advertisement (or criticism) for rational, democratic capitalism.

This book is devoted to Weber’s intellectual contributions, not his personal life. The author does, however, offer some interesting biographical nuggets. Several speeches cited by Kemple make clear Weber’s fervent German nationalism and belief in the country’s special historical path. This seems to contradict his stern emphasis on rationality. In a 1916 speech, Weber urged Germany onward in its war against Russia to the East and France and Britain to the West:

That we are now a people not just of seven but of seventy million, that has been our destiny. It has determined that inescapable responsibility before history that we could not withdraw from even if we wanted to … The force of this destiny, which we must uphold, has led the nation upwards, past the abyss and the danger of its downfall, up the steep track of honour and glory from which there is no turning back, and into the clear harsh air of the workings of world history.

This book is a success on two fronts. It offers a useful analysis of Weber’s intellectual contributions, as well as a compelling argument for how, long after his death, his work affected the fields of sociology, politics, and economics. It is a difficult book, however. Readers not well versed in Weber or contemporary sociology may find Kemple’s arguments difficult to untangle. And the author’s brilliance as a sociologist is not matched by writing talent. This book is too heavy on jargon at times. But Kemple succeeds in demonstrating that despite Max Weber’s death in 1920, his prodigious mind is very much alive and well. 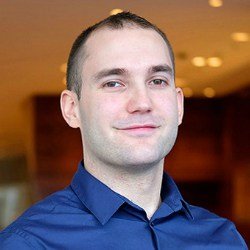 Joseph Larsen is a political journalist and affiliated analyst at the Georgian Institute of Politics (GIP). He resides in Tbilisi, Georgia.