Kant: A Guide for the Perplexed 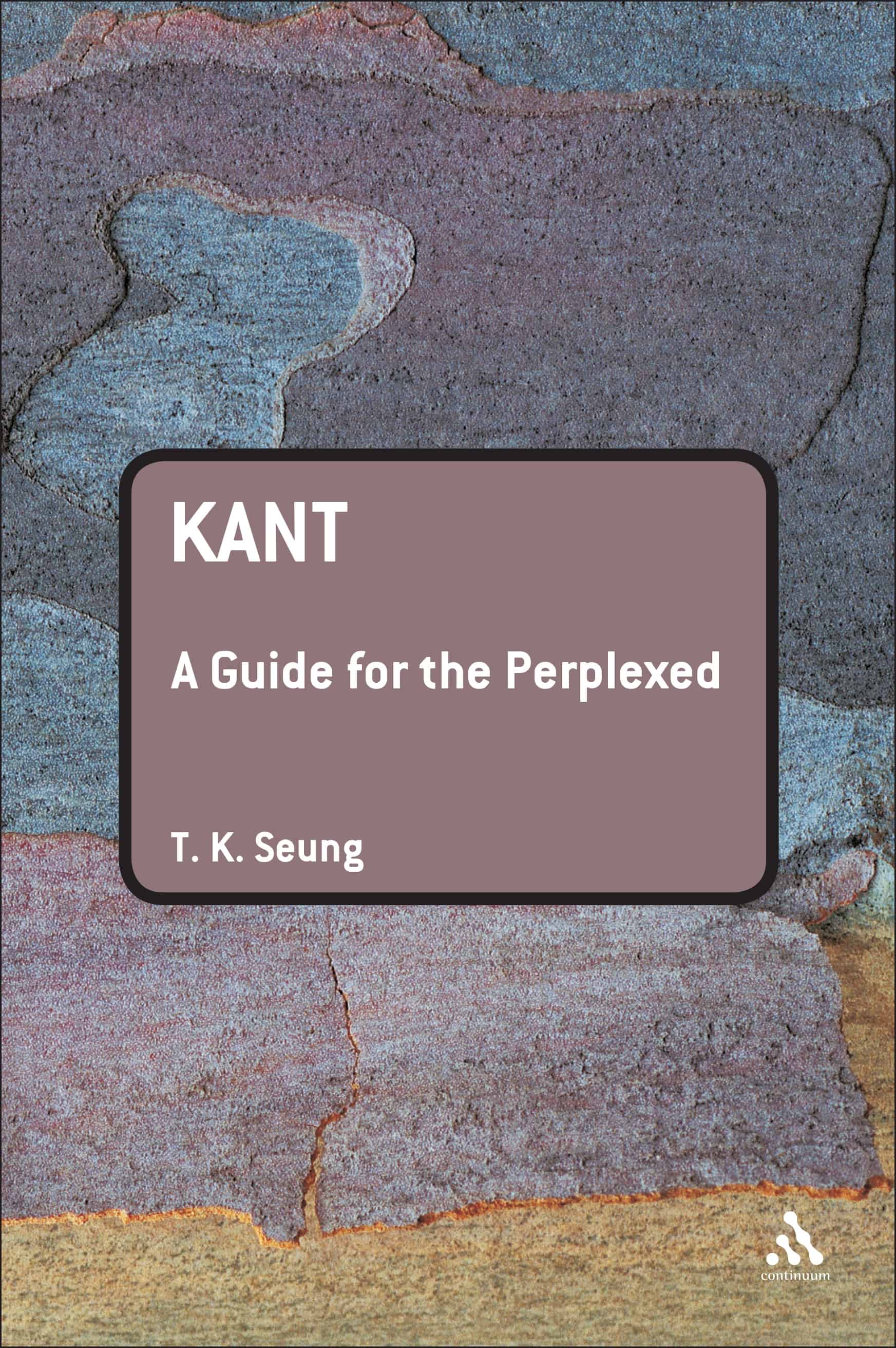 Kant: A Guide for the Perplexed

Few thinkers have been as provocative in Western culture as the German philosopher, Immanuel Kant (1724-1804)—the originator of the Categorical Imperative. A product of and leader in the Age of Enlightenment, Kant’s synthesis of the theoretical with the practical has invited both condemnation and commendation for centuries from various philosophers and ethicists attempting to navigate his philosophical roadmap of reality.

In Kant: A Guide for the Perplexed, T. K. Seung also adds his own analysis and discussion of this nuanced philosopher and his complex maxims in order to 1) “help those readers find their way and sort out his tangled arguments,” and 2) to help his readers “gain a synoptic understanding of Kant’s entire philosophy” (Seung, vii). More than just another myopic treatise in Kantian scholarship, Seung has provided his readers an in-depth, honest appraisal of Kant’s main axioms and their development, showing the dynamic connections and deductive jumps in Kant’s theories, all with the goal of providing a holistic understanding of the intellectual machinations behind the man and his transcendental philosophy of reality and human existence. In the end, the reader comes to better understand the “whats” of Kantian philosophy, and, just as importantly, the “whys” of Kantian rationale.

Utilizing Kant’s own taxonomy of philosophy—the theoretical and the practical—Seung first takes the reader on a categorical walk-through of the theoretical foundations of Kantian philosophy and its application in knowledge, experience, and science. Due to the aggregate and synthetic nature of Kant’s approach to philosophy, it is not surprising that Seung’s explanations of Kant’s reasoning and formation of his dictums are, at times, equally elaborate and exegetical; yet, Seung does an admirable job of sorting through the various elements at play in Kant’s understanding of knowledge, perception, space, time, idealism, deduction, schematism, the transcendental analytic and dialectic, then moving on to psychology, cosmology, and theology.

Additionally, Seung’s inclusion of other philosophers’ philosophies—i.e., Euclid, Descartes, Hume, Aristotle, Berkeley, Leibniz, etc.—and their influences upon Kant and his propositions is enlightening and beneficial although, as Seung fairly admits, context does not always explain Kant’s conclusions and cognitions. He writes,

Next, the practical application of the Kantian philosophy of ethics, morality, and religion is investigated. Considering accepted Enlightenment thought that the universe was rational, orderly, understandable and that progressive thinkers embraced the notion that there was a moral architecture to knowledge, Seung comments,

From there, Seung sets forth on an exhaustive examination and critique of Kant’s approach and foundation for Platonic thought, his famous Categorical Imperative, his rationale regarding personal liberty and governmental obligation, and the logical, reasonable, practical application of epistemology in all personal matters. As with Kant’s axioms of science and knowledge, Seung carefully presents the “whats” and “whys” of Kant’s moral and religious applications of human knowledge and reason. If Chapter One provides the epistemological skeleton of Kantian thought, Chapter Two puts philosophical flesh around the frame.

Finally, Chapter Three provides readers with a more visionary, non-empirical Kant (though no less intellectual or deliberative). Seung writes, “Kant makes a special plea for writing the Critique of Judgement. He now claims to see an enormous chasm between the phenomenal and the noumenal world and proposes to use the faculty of judgment to bridge this chasm” (Seung, 144). He then continues to present Kant’s philosophical connections of the mysterious and ethereal.

Perhaps in response to the Enlightenment’s trend of questioning long-held institutional and cultural beliefs, this chapter uncovers the optimistic (or imaginative) side of Kant that assumed that there were no boundaries of human thought and potential, which for him opened the doors to aesthetics and teleology in the story of humanity. As Seung states,

He [Kant] reduces the property of being beautiful to the subjective feeling, which is free of all concepts. It is called the non-conceptuality of aesthetic feeling or judgment. It is a big mystery that feeling can make a judgment without using a concept. This is an emotive theory of judgment that contravenes the common notion of judgment. But there is an even bigger mystery in Kant’s theory (Seung, 147).

Thus, an appropriate descriptive phrase for this chapter might be “Creative Kantian Conclusions,” but, as with the other chapters, Seung still provides a rigorous exploration of the man and his philosophical verdicts regardless of their departure from standard philosophical conventions.

Despite the modest length of this tome, Seung aptly combines the theoretical, biographical, and philosophical examinations of Kant and makes good on his preface promise to aid readers in their overall comprehension of Kantian philosophy and its development. And although Seung’s work demands a careful, protracted, thorough reading, philosophers will enjoy the depth of philosophical construction and instruction, historians will enjoy the cultural connections and context, and even theologians will appreciate the practical and pious applications of Kantian thought.

Kant: A Guide for the Perplexed is a nuanced, intricate, biographical exploration, but considering the brilliance and sophistication of Immanuel Kant and his philosophical postulations, T. K. Seung’s efforts are definitely needed and appreciated.

John Knox is Scholar-in-residence at the Biblical Studies Center in Boise, Idaho and an online instructor of Apologetics at Liberty University’s School of Divinity.