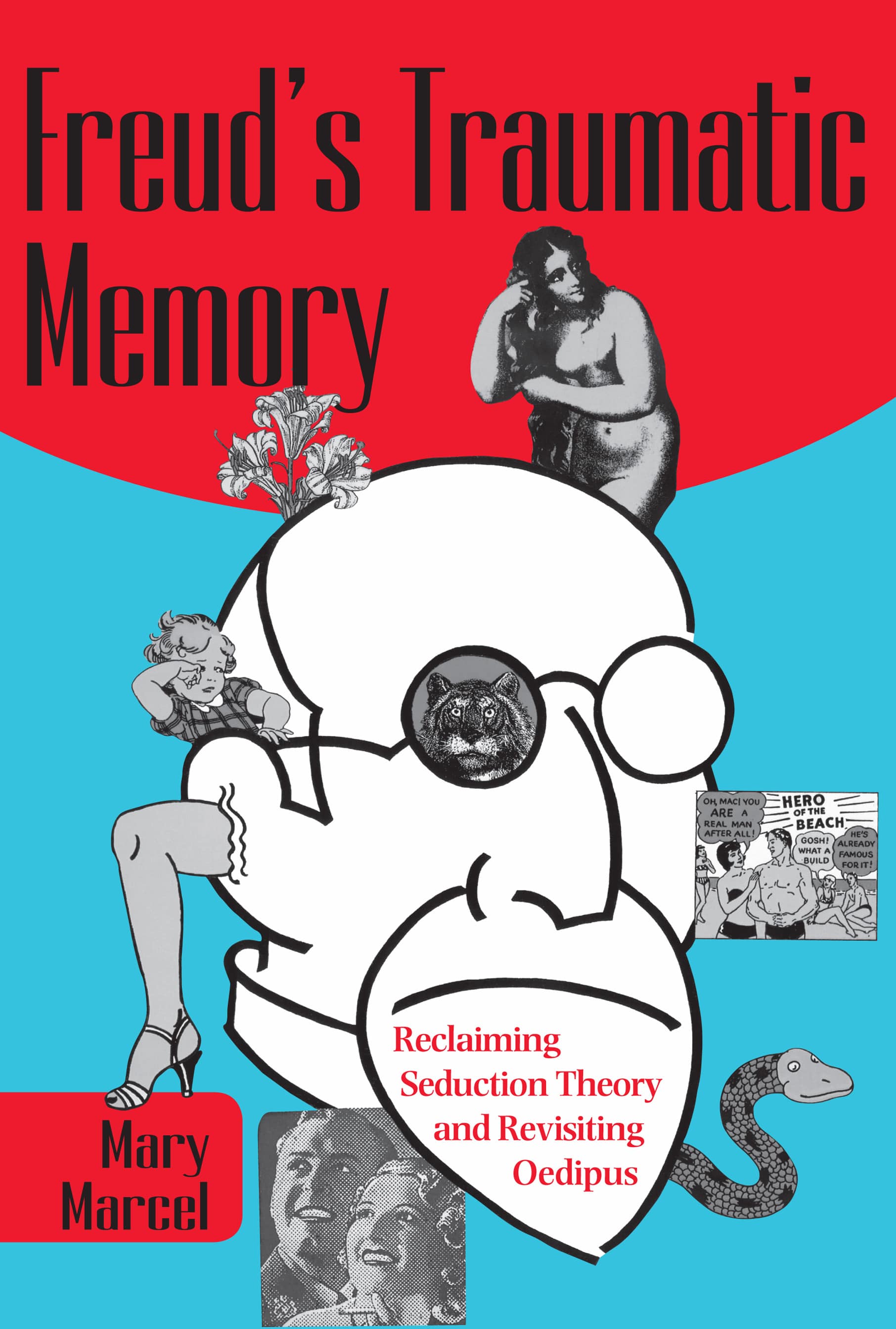 The rhetoric of psychoanalysis is just one of Mary Marcel’s diverse research interests. Like her first book, Freud’s Traumatic Memory, tackles the question of traumatic childhood sexual abuse by questioning why Freud transitioned from his seduction theory to the Oedipus complex, which formed the basis of Freudian psychoanalysis, Marcel provides a thorough historical analysis of the roots of the Oedipus complex and its connection to the Greek myth of parental incest. She also uses contemporary clinical theories to deconstruct how Freud formed his ideas and where, from today’s contemporary perspective, he might have taken some missteps. Marcel analyzes not only Freud’s biography but also his early publications, lectures, and letters to explore how Freud’s theories shifted over time.

One of the first statements Marcel makes concerns the Oedipus complex (a child’s desire for their opposite-sex parent), which she explains involves a neurosis, not trauma. Freud’s Traumatic Memory, however, aims to deconstruct the trauma underpinning its development. To do this, she considers three strands of research. One, how Freud’s own biography and childhood experience of sexual abuse is intertwined with his theory of psychoanalysis; two, the years between 1897 and 1900 when Freud shifted from seduction theory to the Oedipus complex and dream analysis, essentially the core of what we now call Freudian psychoanalysis; three, the Greek mythology of mother-son and father-daughter incest, which formed the basis for the Oedipus complex.

In 1897, Freud abandoned the seduction theory of “The Aetiology of Hysteria” he presented in 1896 wherein he hypothesized that the sexual abuse his patients experienced had caused a neurosis (i.e. psychological distress). In a letter to his confidant Wilhelm Fliess, he changed his mind, revising his theory to form the Oedipus complex. Through a close reading of letters to Fliess, Marcel carefully takes the reader into the inner mind of Freud and the extent to which his own sexual abuse as a child affected his practice. While Freud’s The Interpretation of Dreams (1900) has become a canonical text (with its own share of critics), Marcel explains how Freud went from a doctor who sympathized with his patients’ sexual abuse in childhood to a confused man of 1897 who identified his own childhood sexual abuse.

Marcel does not shy away from taking to task many of Freud’s theories. It is her view that Freud’s reinvention of Oedipus, or more aptly as she writes, “his cooptation of it,” helped him explain to himself what had happened to him. By lifting the veil on Freud’s biography, this book asks us to consider why Freud was taken up by doctors and the public when he sexualized children (in the Oedipus complex), and why that did not happen when he criminalized adult sexual perpetrators (in seduction theory)? By turning a spotlight not so much on Freudian theory but its development and the extent to which it was intertwined with Freud’s own experiences, Marcel convincingly illustrates what Freud was really testing in his theory.

This book does not provide in-depth definitions of Freudian terminology nor does the author situate her own research by explaining the most fundamental of questions, such as why are you writing this book? As a result, other than demystifying Freud and the creation of the Oedipus complex, it’s hard to discern what else the author had in mind. This book also does not contextualize the late-nineteenth century when Freud produced his seminal work. While the author asks a series of questions like “who else was talking about this in Freud’s day? And, who was doing a better job? She does not expand upon these questions in much detail which in some ways lessens her arguments about Freud’s misgivings. Further, Marcel’s handling of the Oedipus complex in relation to Greek mythology appears in the last two chapters of the book and is not as well handled as her initial arguments about seduction theory. While the author provides a short historiography of the etymology of the Oedipus in Greek mythology, this discussion seems at times removed from the book’s central thesis. While it is clear that the author’s aim is to explain how Freud co-opted the Oedipus complex from the ancient Greeks, it is less clear how this section of the book serves the project as a whole. Freud’s Traumatic Memory makes several alluring arguments and does succeed in shedding further light on the “father of psychoanalysis.”