Fitzgerald and Hemingway: Works and Days 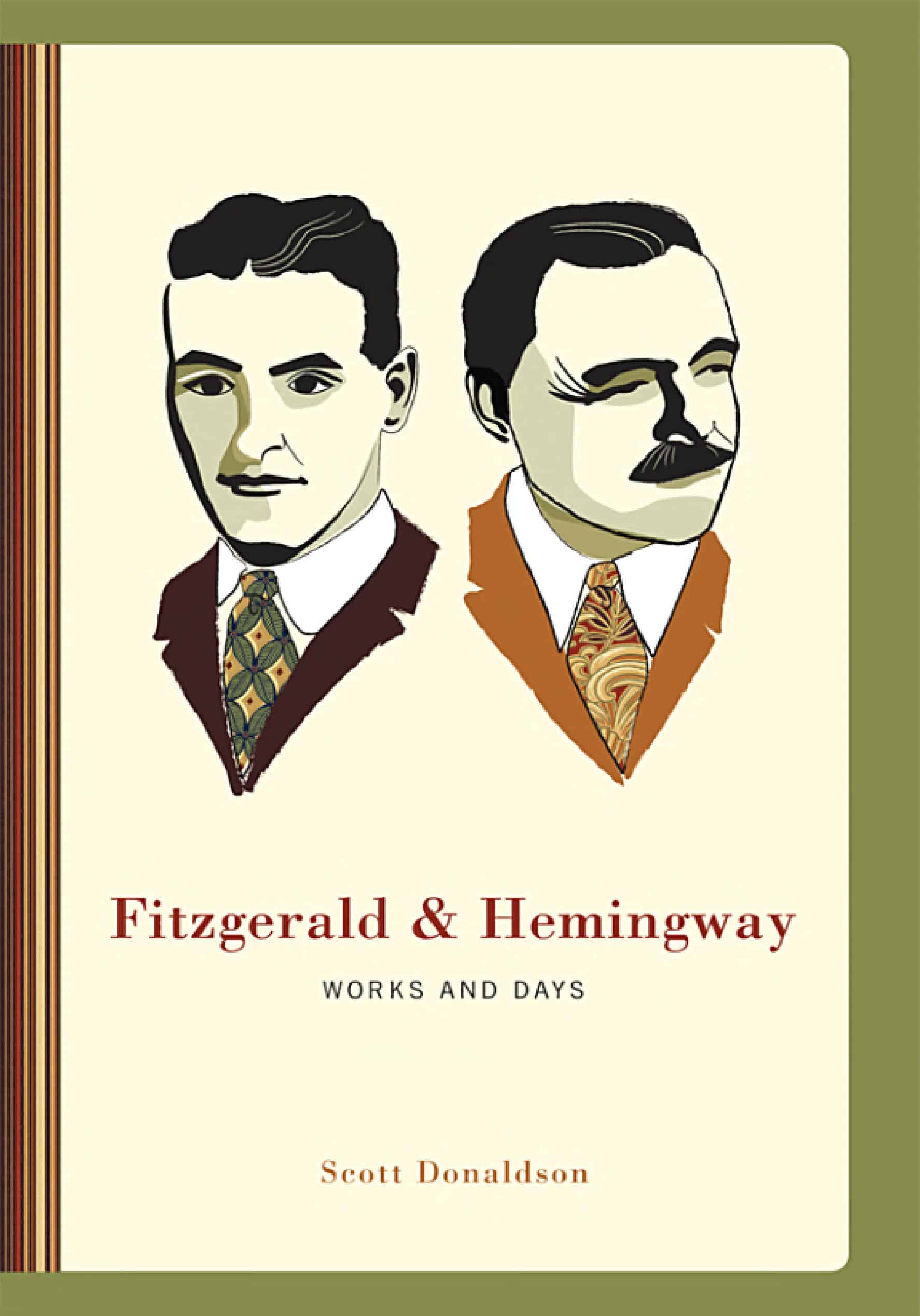 Fitzgerald and Hemingway: Works and Days

In Fitzgerald and Hemingway: Works and Days, Scott Donaldson draws on his own remarkable writings, crafted over the last four decades, to form a collection of essays—part biographical, part critical—about two of the most celebrated authors of the 20th century.

Donaldson, a distinguished literary biographer and former professor of English at the College of William and Mary, considers the literary works and life of each writer, illustrating how “Hemingway and Fitzgerald used their imaginative genius to create fiction out of their experience, instead of merely about it.”

The anthology is made up of 23 previously published pieces, all greatly revised, and one from 2006, “The Last Great Cause: Hemingway’s Spanish Civil War Writing” makes a debut here. The book is divided between Fitzgerald and Hemingway, and essays are organized by theme, taking into account money, class, love, politics, celebrity, and legacy. Collectively they illustrate that, while the works of these two writers explore distinct themes, their lives share much in common.

Both had faith in what had turned out to be lost causes. In his section “The Search for Home,” Donaldson examines Fitzgerald’s love of the Old South—a love he inherited from his father, Edward, and one that was energized, at least initially, with his marriage to Alabama-born Zelda Sayre. Throughout the 1920s, Fitzgerald’s stories—from “The Ice Palace” (1920) to “The Last of the Belles” (1929)—focus on the relationships between Northern boys and Southern girls, and, as his own relationship with Zelda deteriorates, there is a clear shift from enchantment to complete disillusionment with the Southern beauties.

The Spanish Republican cause was the object of Hemingway’s affection, which Donaldson explores in the section called “Literature and Politics.” Hemingway fell in love with Spain at first sight in 1923 and was attracted to its politics. From the mid-1930s, he became committed to the Republicans, expressing his support through news articles, propaganda, and fiction. While initially idealistic, Hemingway did have his doubts about the Spanish Republic as his 1938 fictional short stories, “Night Before Battle” and “Under the Ridge,” illustrate. But this cynical view of the Loyalist cause had mostly dwindled by 1940, when he sat down to write For Whom the Bell Tolls, which “aimed to present a balanced view of what went on during the Spanish Civil War.”

The collection examines other parallels, including unsuccessful fathers, fame, suicide, and the writers’ obsessive revisions. Donaldson’s treatment of this last subject is a key element of this compilation, and its jewel. His scrutiny and thoughtful explanations of changes to drafts are insightful, never tedious, and are particularly fascinating when he deals with the authors’ best-known works.

Fitzgerald began to think about Tender is the Night in the mid-1920s, though the book would not be completed until 1934. The novel underwent several versions, as Donaldson details in his essay “A Short History of Tender is the Night,” and both the delays and the versions could be tied to events in the writer’s own life, including Zelda’s mental illness, extramarital affairs, money, and Fitzgerald’s drinking. The book was to be serialized in Scribner’s Magazine, and even after Fitzgerald delivered the manuscript in October 1933, he continued to make changes to it. “In this instance,” Donaldson writes, “he did extensive rewriting on the serial galleys before magazine publication and then again on the book galleys that were set from the Scribner’s serial.” After the book had been published, revisions continued. In 1951, Scribner’s posthumously released a “final version,” in which Fitzgerald had rearranged and eliminated text. Ultimately, the publisher preferred the 1934 edition, which is the version most widely read to this day.

In “A Farewell to Arms as Love Story,” Donaldson compares early drafts of A Farewell to Arms to the final form, published in 1929, and demonstrates how the writer shaped the main characters. By reassigning sentimental dialog from Frederic Henry to his lover, Catherine Barkley, Hemingway established Catherine as a passionate, devoted woman, and Frederic as a more selfish, insensitive character. In the section called “Censorship,” Donaldson examines attempts to repress Hemingway’s work, and shows how a Boston police chief helped form its final version, paving the way for Scribner’s—Hemingway’s publisher—to convince the writer to eliminate some of the more offensive language spoken in the barracks.

While Donaldson’s essays, rich in research and analysis, may seem aimed squarely at academics, his meticulous attention to literary themes and techniques make this a bookshelf necessity for writers, and his approachable style makes this a most agreeable read for even casual lovers of Fitzgerald and Hemingway.