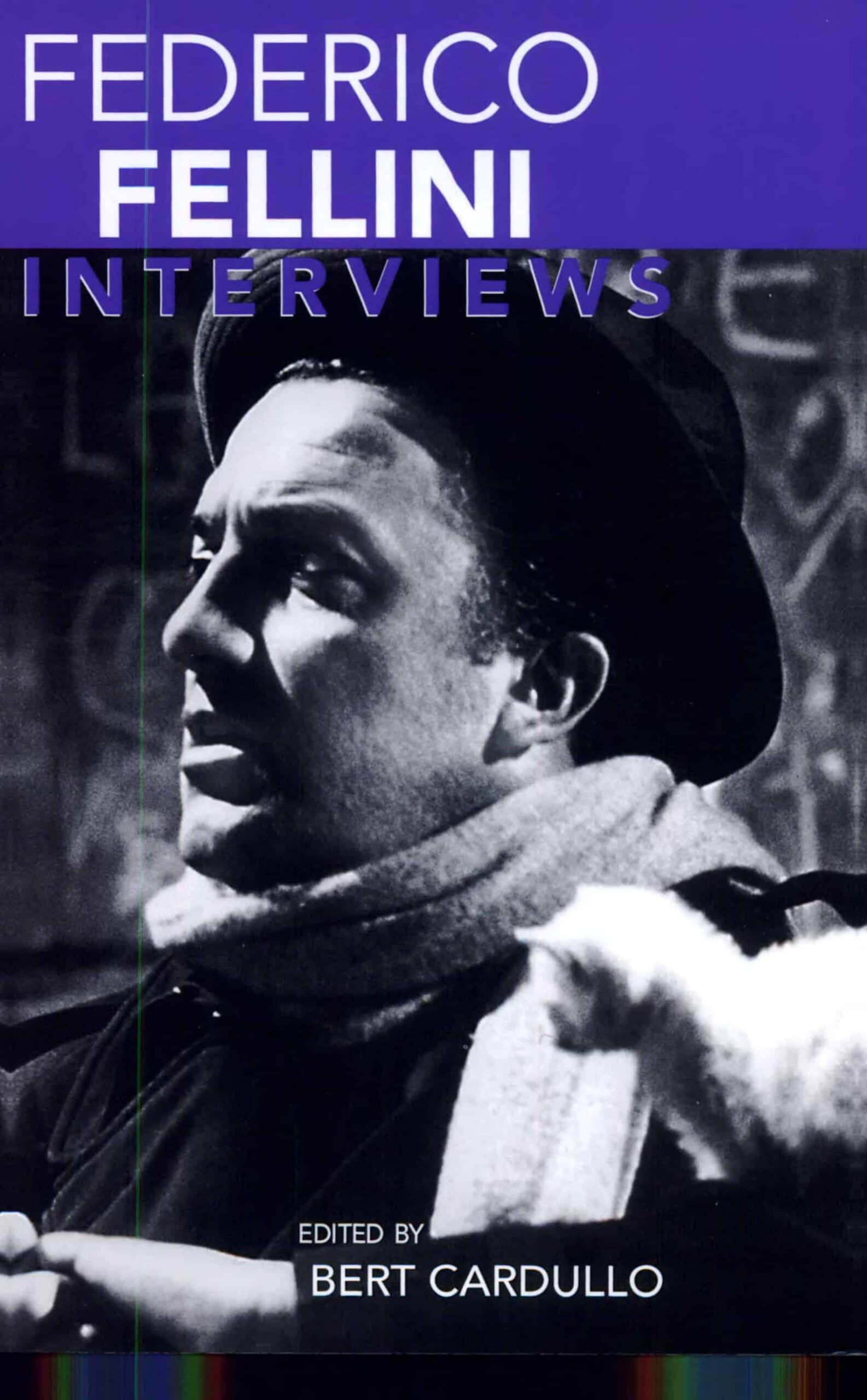 Twice in Federico Fellini: Interviews, the journalist assigned to the renowned auteur is invited to ride in his infamous black Jaguar, with which Fellini would terrorize the streets of Rome. The mixture of subject and setting seems appropriately paired: the interviewer sits harrowed as Fellini catapults him through tight traffic, weaving between cars, blowing by pedestrians, centimeters from a lawsuit. Fellini sits steering, glib and relaxed, detailing his working habits, shifting his eyes between his passenger and the road.

Realizing the depth of Fellini’s intuition, a power that he exercises at every turn—in driving, in filmmaking—is what eventually sets the journalist at ease. Even as he talks about all the problems he has that he can’t solve, he can face down any unfortunate coincidence. Learning how Fellini works enables the interviewer to trust Fellini, and to trust they will return home in one piece.

It is difficult not to imagine a similar frenzy of emotions flying through a producer’s mind while watching Fellini plan his films. As he remarks to Anna Muzzarelli while recounting the making of 8½, perhaps the archetypal Fellini shoot, filled with tempest and uncertainty, “Fear of disaster is very stimulating for me.” Even the viewer might be forgiven for being nervous approaching his films.

Federico Fellini: Interviews, edited by Bert Cardullo, finds the director ruminating on his work and life throughout his career. Any viewer who has explored documentaries such as Fellini: I’m a Born Liar knows that Fellini makes an interview into a performance, fueled, according to legend and according to the master himself, by his notorious disregard for factual accuracy. Responding to the allegation of a friend that Fellini had told him four completely different stories about how he and his first love separated, he told Playboy, “Why not? She was worth even more versions! Che bella ragazza!”

Yet, for this legendary laxity regarding the truth, it is surprising how steady Fellini’s stories and explanations are throughout the book. In the early interviews, he is forthcoming about his biographical details, describing his staunch Catholic upbringing in Rimini, where young Fellini was only able to watch one film a week. The Italian films were fascist propaganda—“either about war or Romans,” according to Fellini—so he took inspiration from American films by Chaplin, Laurel and Hardy, and the Marx Brothers. He was not only moved by such classic comedies but also the romantic images of journalists from the time, which inspired him to relocate to Rome at 16 with little ambition other than to be one himself.

Journalism failed to live up to its promise—Fellini claims to lack the discipline for being a writer and the commitment to factuality demanded of a journalist. It did, however, allow him to interview directors and gain access to the film industry. He began to work writing gags for comedy scripts, and soon he was penning screenplays for neorealist films such as Rome, Open City. Astonishingly, Fellini professes that he never felt called to direct. “I thought it would be the last profession in the world that I would have entered,” he tells Irving R. Levine, adding later that the drive came because, “as a writer, I was never satisfied at the way the directors for whom I wrote carried out the work.”

It is easy to see how any other director would miss the rich nuances of Fellini’s vision. Yet while Fellini is comfortable and open talking about all of his hang-ups in Interviews, he is adamant about avoiding any discussion of these nuances. He is happy to fill the interviewer’s time with his opinions on all sorts of general topics, riffing on marriage, his life in Rome, or, most prominently, how he approaches film. The latter is deceptive, as he staunchly resists releasing any clue as to his inspiration or his intention in creating an image, let alone an entire film. When he does, as in the amusing and combative interview with Charles Thomas Samuels, you wonder if he’s just trying to placate a journalist, as he insists he does every so often.

The reason for this is not explicit, but, as he tells Enzo Peri, “I think it would be immoral to present a ready-made solution at the end of a movie.” As with so much about Fellini, this stance on his aesthetics has much to do with the man himself. Throughout the book, Fellini often talks about struggling to free himself from his education, the system of values inculcated by not only Catholic and fascist dogmas, but also those imparted by family and culture. He appears as someone constantly weighing and sounding out values, bringing him into fascinating relationships with other iconoclasts such as Germaine Greer, who has an interview with him from 1988, and Carlos Castenada, with whom Fellini had sought out in hopes of collaborating on a film.

Fellini is hence hostile to filmmakers and critics who seek to brand a film with supposedly objective meanings. “What is there to ‘understand’? How can they ever understand?” Fellini insists to Gideon Bachmann in 1964 in regards to those who take such an approach, later concluding, “In reality he is afraid of life, and he wants to tag everything like a compulsive baggage attendant at a railway station so that he can feel that he is in the centre of everything.” What Fellini intends is a cinema where there is “exchange between maker and viewer,” where a film is a tool for introspection instead of instruction or inculcation, whether it be in the guise of a moral or merely a happy ending. By telling an interviewer his intentions, he would undercut the possibility of such a relationship with his viewers.

It is apparent from the interviews that Fellini and the neorealists share a concern with the world outside of cinema, the world of action. But for Fellini, a man who surrounded himself with people, who would put ads in the paper to invite anyone who wanted to talk to him to come to his office, for a man who thrived on spontaneity and crisis, the correct sphere for this action is not political, it is personal. Instead of showing characters in their social context, he finds it necessary to incorporate the other realities his characters inhabit: their religious, intellectual, spiritual, imaginative, and sexual contexts.

Federico Fellini: Interviews helps the reader appreciate not just the depth but the balance of heart and intellect in Fellini’s vibrant, expansive films. While the interviews can meander and are occasionally repetitive, his humor, his curiosity, and his insight infuse every turn of conversation. Reading them will provide an interesting if fragmentary glimpse into the Maestro’s unconventional, sometimes terrifying, and deeply felt approach to movies and life. But more importantly, the reader will emerge more attuned to the joys of his films.