Enigmas: Alan Turing and the Codebreakers of the World Wars 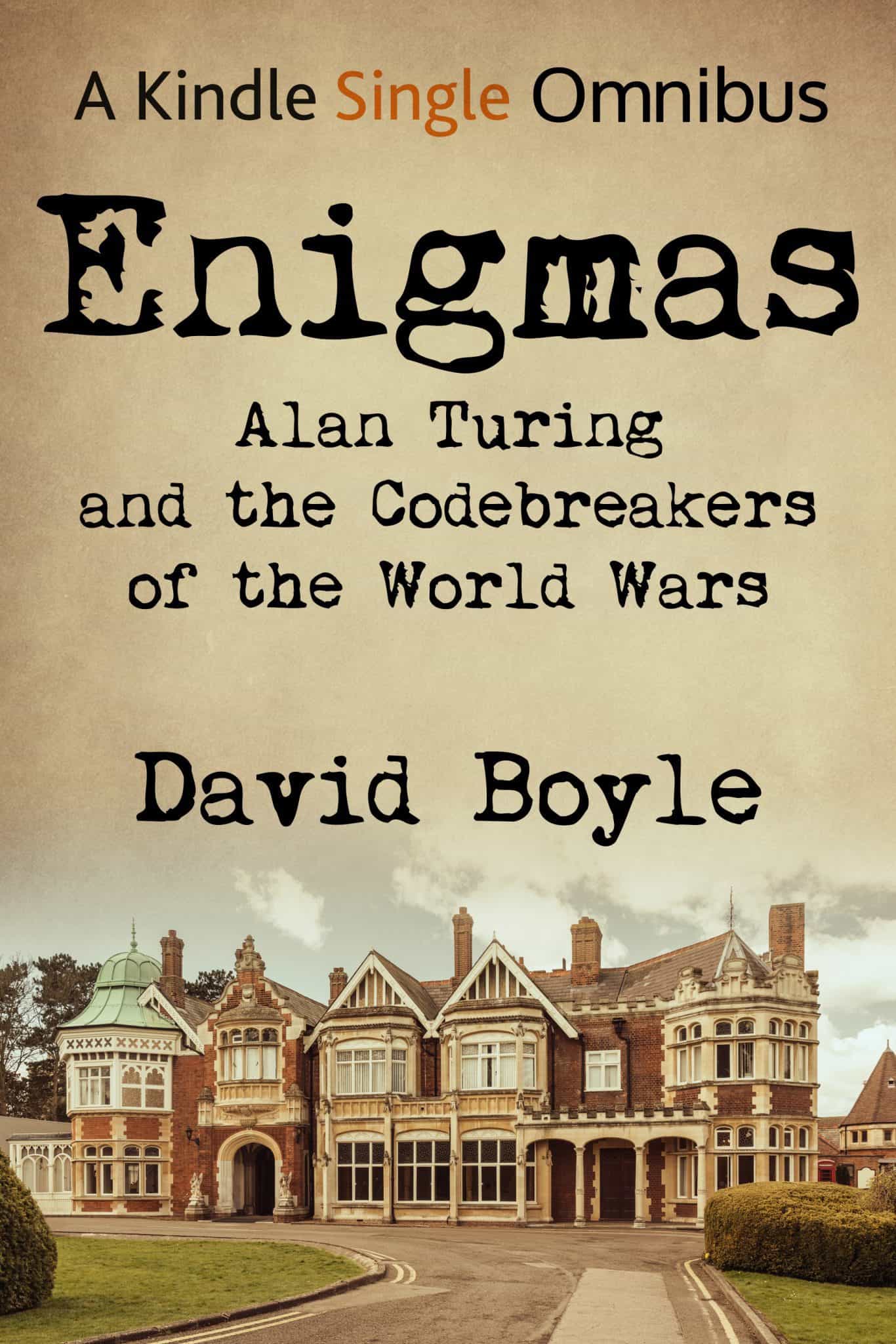 Enigmas: Alan Turing and the Codebreakers of the World Wars

The British were able to keep their codebreaking efforts at Bletchley Park secret for decades after the end of World War II. David Boyle’s Enigmas comprises three short, complimentary books that combine to give readers a brief but thorough look at the origins and development of Britain’s code-breaking endeavors over the course of the two world wars.

Winston Churchill became First Lord of the Admiralty in 1911, just three years before World War I broke out. His dynamic personality helped drive the formation and success of the cryptography unit in the British navy. Author Boyle makes it clear in the first book, Before Enigma, that the epic successes of the Bletchley Park codebreakers of WW II would not have happened without the pioneering work done by a WW I unit known as Room 40. Unlike other countries’ intelligence services, the British developed a system based on logic and literary comparisons instead of math and computers to crack enemy codes. The book explains that a code substituted numbers and letters for phrases. A cipher was used to encrypt a coded message by replacing numbers in the code.

Room 40 recruited an eclectic group of people, including linguists, historians, and puzzle makers based on the “recognition that a wide variety of skills and knowledge was more important than a very specific kind of expertise” (p.35).  Boyle portrays codebreakers like Dillwyn Knox, a scholar of ancient Greek documents from King’s College. The bureaucrats did not initially appreciate the exceptional work that people like Knox had accomplished in Room 40. Many in the government took their superior codebreaking skills for granted.

Perhaps the unit’s most notorious work was the cracking of the telegram that Germany’s Foreign Under-Secretary of State, Arthur Zimmermann, sent in 1917 to the Mexican government proposing an alliance with a promise to help Mexico regain territory lost during the 1846-1848 Mexican-American War. When London revealed the contents of the telegram to Washington, the public outcry pressured President Wilson to ask for a declaration of war against Germany.

Operation Primrose, Boyle’s second book in the trilogy, recounts the British capture of an Enigma machine found aboard a German U-boat in May 1941. This was a major coup for the cryptographers at Bletchley Park. The process of reverse engineering gave them insights into how the machine’s weaknesses could be exploited. Alan Turing had been at Bletchley for a couple of years, but he was about to make contributions that would change the war and the world. His first machine, a sort of proto-computer, was called Victory. It could be programmed to search for patterns and identify matches between coded text and decoded or known text. Boyle balances the technical details nicely with the drama of the race to thwart Nazi ambitions, including the proposed amphibious invasion of Britain.

The third book in the series Alan Turing: Unlocking Enigma delves into the life of the brilliant mathematician who earned his doctorate at 22 years old. Turing had many professional interests, including the Liar’s Paradox. He conceived a machine that could solve this paradox with its computability—the ability to make a tremendous number of binary calculations in a short period and be able to learn. Discussing a machine like this Turing said: “I feel one is obliged to regard the machine as showing intelligence” (p.129). Boyle explains how these ideas spawned what’s known as the Turing Test—an experiment he designed to demonstrate whether or not a given machine is able to think.

This book does not ignore the political and social issues surrounding Turing’s homosexuality, but it does not dwell on it or try to impose a revisionist spin on events that took place about 70 years ago. While Turing’s sexual orientation was an important aspect of his personality, his private life is only a small part of the three books. Together they give the reader a thrilling and informative look at British codebreaking during the world wars. Boyle does not burden the reader with unnecessary scientific jargon, but he provides enough information to show the technical challenges faced by the fascinating people who devoted their lives to the war effort.