Einstein in Berlin: In the Footsteps of a Genius 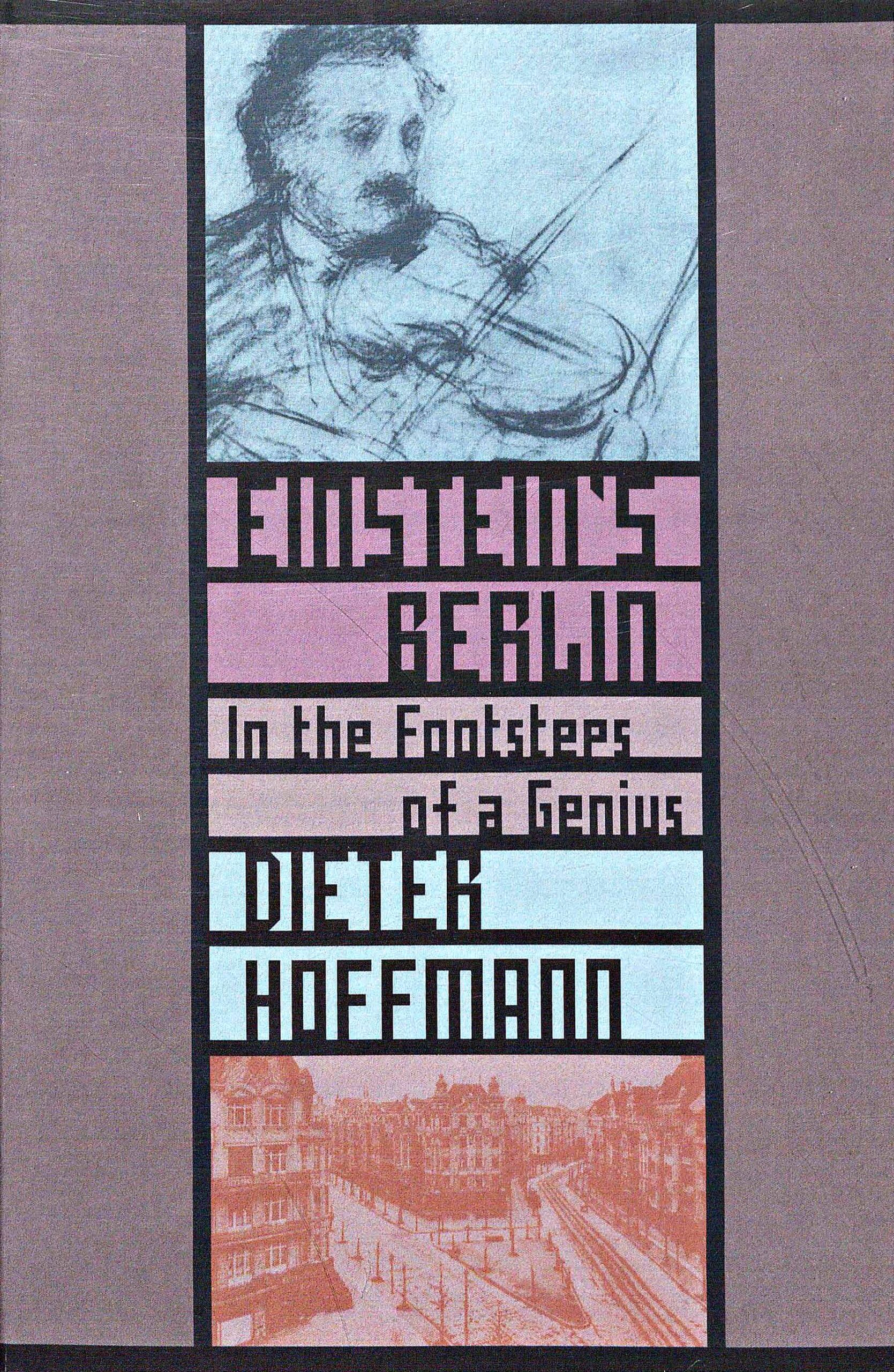 Einstein in Berlin: In the Footsteps of a Genius

When Albert Einstein came to Berlin in 1914, in the months before the outbreak of the First World War, he was already a well-known figure in the scientific community thanks to his annus mirabilis of 1905 when he published four extraordinary papers which helped change the direction of twentieth-century physics. In Berlin, Einstein was appointed to the Prussian Academy of Sciences, where his sole focus was on his research. To sweeten the deal, he was given a professorship at the University of Berlin, though he was not required to lecture. (Nevertheless, he lectured occasionally.) Finally, he was named the director of the yet-to-be-founded Kaiser Wilhelm Institute of Physics. The outbreak of the First World War put the institute on the backburner, but it was founded in 1917.

Native Berliner Dieter Hoffmann has structured his guidebook to Einstein’s Berlin period into four chapters, each dealing with an aspect of Einstein’s life in the city: home life, workplaces, political meetings, and friends. Within the chapters, Hoffmann describes twenty-six buildings, or sites as he refers to them, where Einstein lived, worked, etc. Each site is accompanied by its address, the closest subway or metro train station and/or bus stop, and how many minutes it takes to get there on foot from the public transportation stop. Hoffmann includes photographs (occasionally reproduced postcards) of what these buildings looked like back when Einstein was on the premises, though some were destroyed during the Second World War. Altogether there are seventy-seven photographs and illustrations to complement the text. Unfortunately, what the book lacks is a fold-out map to orient readers unfamiliar with Berlin’s city plan.

Einstein’s associations with each of these buildings form the basis for Hoffmann’s profile of the great man during his Berlin years. Hoffmann begins with the apartment where Einstein lived with his wife, Milena, and their sons, Eduard and Hans Albert. The Einsteins’ marriage was in trouble before they moved to Berlin, and within months Milena had vacated the apartment—33 Ehrenbergstrasse, in the Dahlem neighborhood—taking the boys with her. They divorced in 1919. Hoffmann gives us the details of Einstein’s life in the interim years: his bachelor apartment in a different part of town where he continued his work on the General Theory of Relativity, and then the apartment at 5 Haberlandstrasse in the Schöneberg section of Berlin where he lived from 1917 with his lover and then wife, Elsa, who was also his cousin. A floor-plan of the apartment is included as well as details of the renovation that Einstein engaged in. Hoffmann also discusses the two summer houses, though only briefly touching on the rental in Spandau. As for the cottage in Caputh, which the Einsteins had built to their taste, Einstein particularly enjoyed it as it was near water and one of his passions was sailing. Unfortunately, the Einsteins only were able to enjoy this summer retreat for a few years before the Nazis came to power in early 1933 and they went into self-imposed exile.

The book’s longest chapter is devoted to Einstein’s workplaces and includes nine addresses. Mostly these are the august academies, universities, and institutes (including one named for him) with which Einstein was affiliated. There are also sites where the great theoretical physicist was involved in experimental work. Hoffmann points out that Einstein was the holder (or usually coholder) of fifty patents, the majority of which were granted to him during his nineteen years in Berlin. Thus, Einstein (as a consultant) also had laboratory access at AEG, Germany’s most important electric company, to complete work on an electrical pump for refrigerators designed by himself and fellow physicist Leo Szilard. Einstein was also associated with the Archenhold Observatory and later, of course, with the Einstein Tower, another observatory which is actually in Potsdam though included here, presumably, because it is a convenient express train ride.

The Einstein Tower and the accompanying astronomy institute named for him, the summer house in Caputh, all came after Einstein had gained enormous fame. His general relativity paper had caused a stir in the scientific community, but it was not until Arthur Eddington had proven the theory’s assertion that gravity bends light that the general public began to take notice. A little more than a year after Eddington had published his findings, Einstein was awarded the Nobel Prize in Physics (1922). With fame came more commitments on his time. Einstein was a devoted pacifist (which did not always sit well with colleagues during the First World War), a socialist of sorts, and a Zionist. Hoffmann describes six places where Einstein either gave public speeches or met with political committees. These include the Reichstag, the New Fatherland League, the Old Philharmonic Hall, the then upper house of the Prussian legislature, the New Synagogue in the center of Berlin, and exhibition grounds out in Charlottenburg. Hoffmann also devotes space in this chapter to the attacks upon Einstein for his political beliefs, for being a Jew, and for his theory of relativity—Jewish science, as some categorized it, where “Jewish” meant inferior.

The final section is devoted to the homes and apartments of friends and what those people meant to Einstein personally. These include the scientists Max von Laue, perhaps Einstein’s closest friend, and Max von Planck, one of his earliest supporters. Hoffmann tells us that Laue stuck by Einstein even after he was forced to leave Germany for good in 1933, but that Planck had not publicly stuck up for his friend. He even quotes a letter Einstein wrote to Fritz Haber, another friend in the scientific community in which Einstein rated the two men: “Planck 60% noble and Laue 100%” (p. 140). Also included in this chapter are chess champion Emanuel Lasker and Toni Mendel, a wealthy and internationally connected woman with whom Hoffmann hints Einstein had an affair, and, bringing the book full circle, members of Einstein’s extended family.