Einstein and Our World 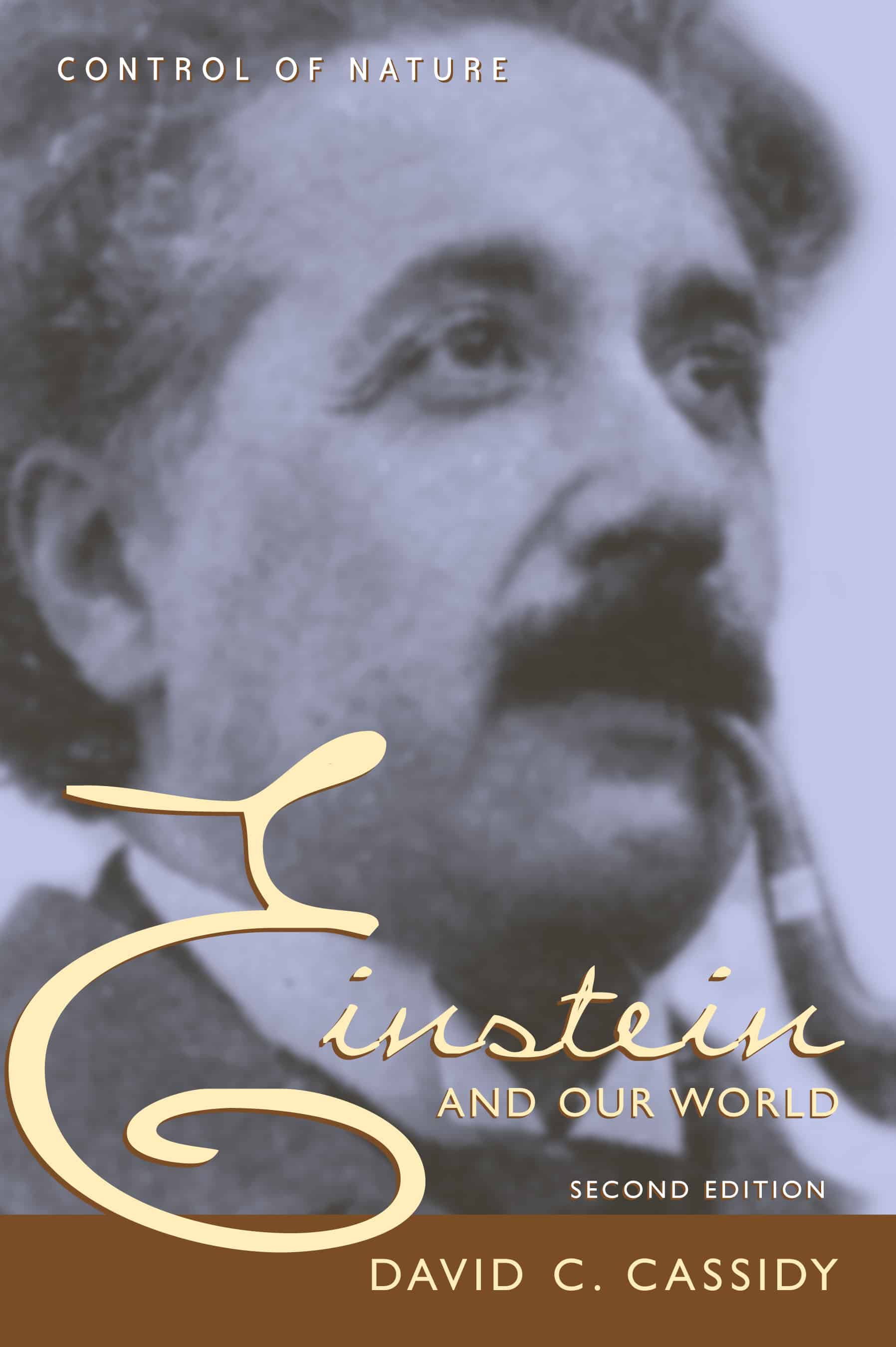 Einstein and Our World

Einstein and Our World is in many ways like an engaging, introductory school course—so effectively conveyed that it might inspire a lifelong passion for the subject. The “instructor” in this case is David C. Cassidy, a professor of natural sciences at Hofstra University, and the former associate editor of The Collected Papers of Albert Einstein.

Cassidy has the rare gift of making complex ideas understandable to the amateur. In just eight brief chapters, he covers Einstein’s formative years, and includes a brief but utterly comprehensible synopsis of his relativity theory, the foundations of the quantum theory, and the argument for the existence of atoms. Along with a straightforward explanation of each theory, Cassidy establishes the political, social, and intellectual climate alongside Einstein’s biographical details, providing a framework for the theories and making clear why each theory was significant within the history of physics.

The author then considers the scientific, political, and cultural reception and employment of Einstein’s ideas. In the field of science, he notes practical applications of relativity and quantum theories, such as the Global Positioning System and nuclear energy. Expounding on the cultural reverberations, he highlights the parallels that developed in art and literature along with the relativity theory, and points to examples that demonstrated the new notions of space, time and observation, such as cubist painting and sculpture, and the poetry of e.e. cummings. Finally, Cassidy addresses Einstein’s relationship with nationalism and pacifism, briefly examining his support for Zionism, and delving into the physicist’s opposition to nuclear weapons and war.

To enhance his discussion, Cassidy summons the heavyweights of the field—philosophers and historians of science—and offers a brief summary of their scholarship and significance to the field. Commenting on the influential 1962 publication, The Structure of Scientific Revolutions, he explains how Thomas Kuhn sparked the study of the social and cultural effects on science—an approach that has allowed for multifaceted investigations of both physics and Einstein. These gentle introductions to the luminaries of science encourage an immediate rush to the endnotes and selected bibliography. In addition to Einstein’s own papers, Cassidy offers several indispensable further references, including biographies and important books on the history, philosophy, and cultural impact of physics.

Einstein and Our World was previously published in 1995, and this updated edition offers more insight into Einstein’s personal life, including the role his first wife, Mileva Maric, played in his seminal work of 1905, as well as the early moments of his relationship with second wife, Elsa Einstein-Löwenthal. Cassidy has also extended his discussion of Einstein and peace, taking into account several post-1995 sources, including Albert Fölsing’s 1997 biography, and Fred Jerome’s The Einstein File: J. Edgar Hoover’s Secret War against the World’s Most Famous Scientist (2002).

Perhaps the only blemish to this otherwise engaging book is the modesty of the publication. It offers only a few crude diagrams and one table. In a sense, it is like a course lecture without images. The inclusion of even a few illustrations could bring Einstein and the history of physics to life, and lure even more neophytes into the fold.