Driving Mr. Albert: A Trip Across America with Einstein’s Brain

Driving Mr. Albert: A Trip Across America with Einstein’s Brain

When Jack Kerouac drove into “the great American night,” then poured its manic pace into On the Road, he created a living literary genre—the road narrative. Since Kerouac, authors from John Steinbeck to William Least Heat-Moon have taken to the road in vans or hitchhiking, bringing their memories and dogs for the ride. But only one writer hit the road with Albert Einstein’s brain.

In Driving Mr. Albert: A Trip Across America with Einstein’s Brain, Michael Paterniti chronicles a cross-country trip with Einstein’s brain in the trunk of his Buick Skylark. The trip was uneventful, considering this intellectually weighty baggage, but Paterniti, winner of several magazine writing awards, rises from occasional doldrums to offer clever prose, poignant insights, and all-American weirdness. The result is a delightful and engaging read, at least from New Mexico westward.

The concept sounds like an urban myth. When Einstein died in 1955, his body fell into the hands of a Princeton pathologist who, on an impulse, removed the legendary scientist’s brain. Dr. Thomas Stoltz Harvey, who conducted Einstein’s autopsy, promised to give the brain to “science,” yet could not bear to part with it. And for more than forty years, the brain, chopped into chunks stewing in formaldehyde, went with Harvey from house to house, and from job to job.

Stolz occasionally sent slices of the brain to neuroscientists for study. They found little evidence of any hot-wired genius, just an excess of glial cells that repair and support neurons. Still, the 2.7 pounds of gray matter formed the greatest brain of the 20th century. How would that brain look, say, in a trunk crossing Indiana? Pulling up outside a Days’ Inn in Kansas? Sitting in the back seat on the shores of Santa Monica?

In the mid-1990s, Paterniti tracked down Dr. Harvey in Princeton, New Jersey. Imagine the writer’s surprise to find the brain’s owner was not some mad scientist but a modest, slightly boring old man. Down on his luck, most recently employed in a plastics factory, Harvey needed a ride to Berkeley, California where he planned to give the brain to Einstein’s granddaughter. Paterniti offered to drive him.

The consummate quirkiness of driving with Einstein’s brain fuels much of the narrative. And for the first few chapters, this weirdness is enough. We follow Paterniti and his package across Pennsylvania, into Ohio, and quickly on to St. Louis. But Paterniti takes too long to make the most of his eccentric situation. From New Jersey to Kansas, he prefers to interweave a brief bio of Einstein. The miles fly by, interspersed with familiar stories—of the Swiss patent office where Einstein conceived relativity, of his sudden celebrity, of his remote personal life. Paterniti’s witty prose makes these recollections seem fresh—he calls Einstein the man who “held the seashell of the 20th century to his ear”—but the first half of Driving Mr. Albert too often bogs down into digressions that expanded on what was originally an article in Harper’s Magazine.

Only when the brain and its escorts reach New Mexico does Driving Mr. Albert become a compelling narrative in more ways than one. Passing through Los Alamos, where Einstein’s theory led to the development of the atomic bomb, Paterniti trades digression for thought. He juxtaposes Einstein’s pacifism with his little-known work designing a torpedo bomb for the U.S. Navy. And as he drives on, the author grows more curious about the brain in his trunk, which he has yet to see.

What follows is worth the long miles that preceded it. Moving on to Las Vegas, an emboldened Paterniti begins telling strangers about the brain in his trunk. Some are shocked; others are disbelieving. Everyone has an opinion on Einstein—“that guy knew somethin’”—and Paterniti’s sampling shows the ordinary American to be, well, no Einstein.

Moving on, Driving Mr. Albert finally reaches the West Coast. But can the man who has kept Einstein’s brain for four decades bear to part with it? Will the granddaughter who barely knew her father, let alone her world-famous ancestor, even want the brain? When finally taken out of the trunk, the brain poses existential questions: Are these chunks floating in formaldehyde really Einstein? Can a brain be a spiritual totem? Does the man holding its Tupperware container hold the cosmos in his hands? Or is it just dead matter?

In the decade since Driving Mr. Albert was published, Dr. Harvey died.

Einstein’s brain, studied further, proved to have an enlarged parietal lobe, the section responsible for visual and spatial thinking. And Michael Paterniti has gone on to write for several major publications. Driving Mr. Albert remains a highly readable road book, fueled not just by a quirkiness, but also by serious questions about genius, America, and the rare intersection of the two. 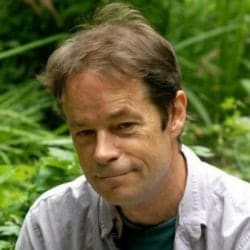 Bruce Watson is an award-winning journalist whose articles have been published in Smithsonian, Los Angeles Times, Boston Globe, San Francisco Examiner, and Yankee Magazine. He is the author of Freedom Summer: The Savage Season That Made Mississippi Burn and Made America a Democracy (Viking 2010).