Deaths in Venice: The Cases of Gustav von Aschenbach 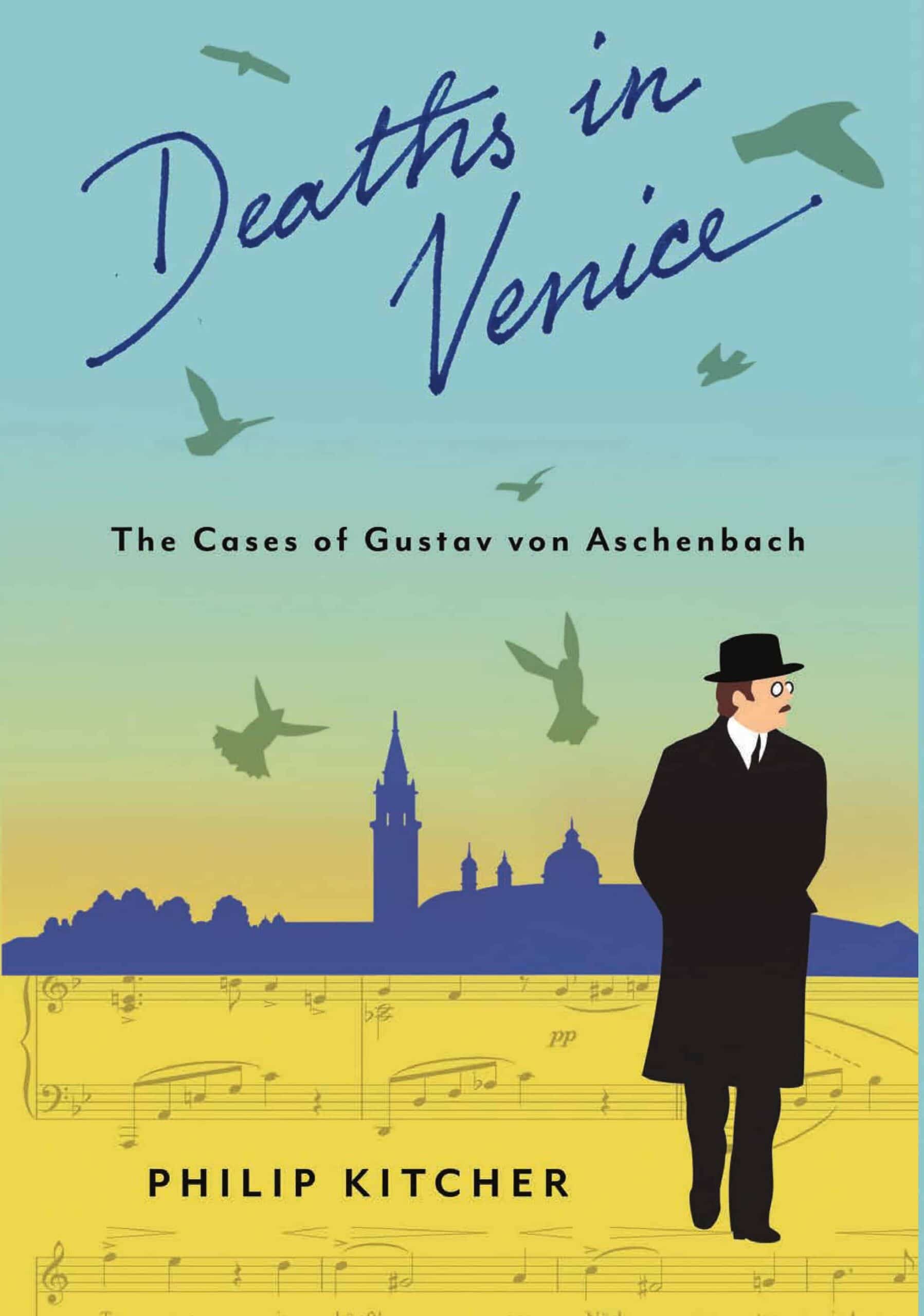 Deaths in Venice: The Cases of Gustav von Aschenbach

Based on lectures given at Columbia University for its annual Leonard Hastings Schoff Memorial Lecture Series, professor of philosophy Philip Kitcher discusses the significance of three iterations of Death in Venice: Thomas Mann’s 1913 novella, Benjamin Britten’s 1973 opera, and the 1971 film directed by Luchino Visconti. Woven expertly through this account are the philosophical doctrines of Friedrich Nietzsche and Arthur Schopenhauer, as well as the discussion of the works of Gustav Mahler that informed and inspired each version. While this may sound like dry academic material—and at times it is—the book centers on fundamental questions of existence: what makes up the foundation of a good life, and how can art and the artist contribute to a greater good?

To even arrive at this question Kitcher must reject, with good reason, the most shallow interpretation of Mann’s basic plot—that it is a morality tale about a repressed homosexual who is punished for his transgressions with death by cholera, an interpretation usually imbued with Nietzsche’s Apollo/Dionysus dichotomy. Kitcher places more emphasis on Aschenbach’s abandonment of a lifelong discipline to a rapturous ardor and, more concretely, failing to warn young Tadzio’s family of the cholera outbreak. Through this action (or inaction), he has abandoned Schopenhauer’s mission of abnegating the will and Nietzsche’s asceticism in favor of “the joyous apprehension of pure beauty” with issues of sexuality being entirely secondary. While this is divergent from the traditional reading, it aligns accurately, as Kitcher shows, with Mann’s personal life and sensibilities.

While wondering whether it is appropriate to judge Aschenbach for his errors (given his history of devotion to his art), Kitcher also considers the notion that Mann was offering himself up for judgment via proxy for the value of his own work and sexual proclivities. Through Mann’s diaries, Kitcher paints the portrait of a man in conflict with his desires, often unable to function sexually with his wife, to hit upon the idea that “Mann used Aschenbach to dramatize a possibility he feared: to maintain this form of sexuality requires a stringent discipline” that is destined to fail when faced with exceptional beauty. Furthermore, unlike Aschenbach, Mann had a living family that suffered continually under the weight of “Thomas Mann Enterprises Inc.,” resulting in a neglected wife and suicide of two of his children, leading Kitcher to note that “Aschenbach’s life appears easier to vindicate.”

The opera is praised for its “opulent orchestral coloring” and “sensitivity to [the] nuances” of the original text before Kitcher makes a protracted correlation with another of Britten’s pieces, Billy Budd, which is similarly concerned with the potentially destructive force of beauty. The comparison is a bit labored and irrelevant to the larger point the book is trying to establish, but it still fits into the general discussion. Ultimately, Britten’s Venice is ruled as “a musical masterpiece,” but one that follows the traditional interpretation of a sexual drive at the center of Aschenbach’s obsession with Tadzio.

Kitcher finds Visconti’s film to be flawed in a number of ways, including an “undisciplined dramatic imagination” and dialogue of “sophomoric grandiosity,” though his decision to base his Aschenbach on Gustav Mahler is applauded for bringing new layers to the Death in Venice oeuvre. Mahler’s music, used artfully to score the film, “struggles to reach a moment of affirmation,” as well as acceptance of the transitory nature of life and inevitability of death—themes that are also reminiscent of Nietzsche and Schopenhauer. Kitcher provides in-depth analysis of Mahler’s Adagietto that is borderline excessive, even reproducing extracts of the score.  The final scene of Aschenbach/Mahler’s death is presented less ambiguously by Visconti. The troubled man finds peace watching Tadzio disappear into the sea, a benevolent angel of death and reminder of all the beauty he has brought into the world that will endure.”

The text culminates in the question about the depth and significance that great works of art and philosophy have in the lives of the general population, particularly in their capacity to “revise our conceptions and judgments.” How shall we ultimately judge Aschenbach or Thomas Mann? While Mahler and Mann seem to agree on a life’s value being measured by interpersonal connections, “contributions to family, to community,” Kitcher notes that their works may inspire us to evaluate our own lives with the question that plagued both of these men: “Have I done enough?”

Kitcher does a valuable service to Mann in disregarding the convenient interpretation of Death in Venice in favor of a more nuanced perspective informed by different aspects of Nietzschean philosophy than is generally supposed. His assertions are amply supported by evidence taken from the main text, the author’s diaries, as well as the aesthetic opinions of another Mann protagonist, Tonio Kroger. Despite a few wandering digressions, this is a well-articulated and compelling argument that should be of keen interest to Mann scholars and any readers who appreciate quality literary theory.