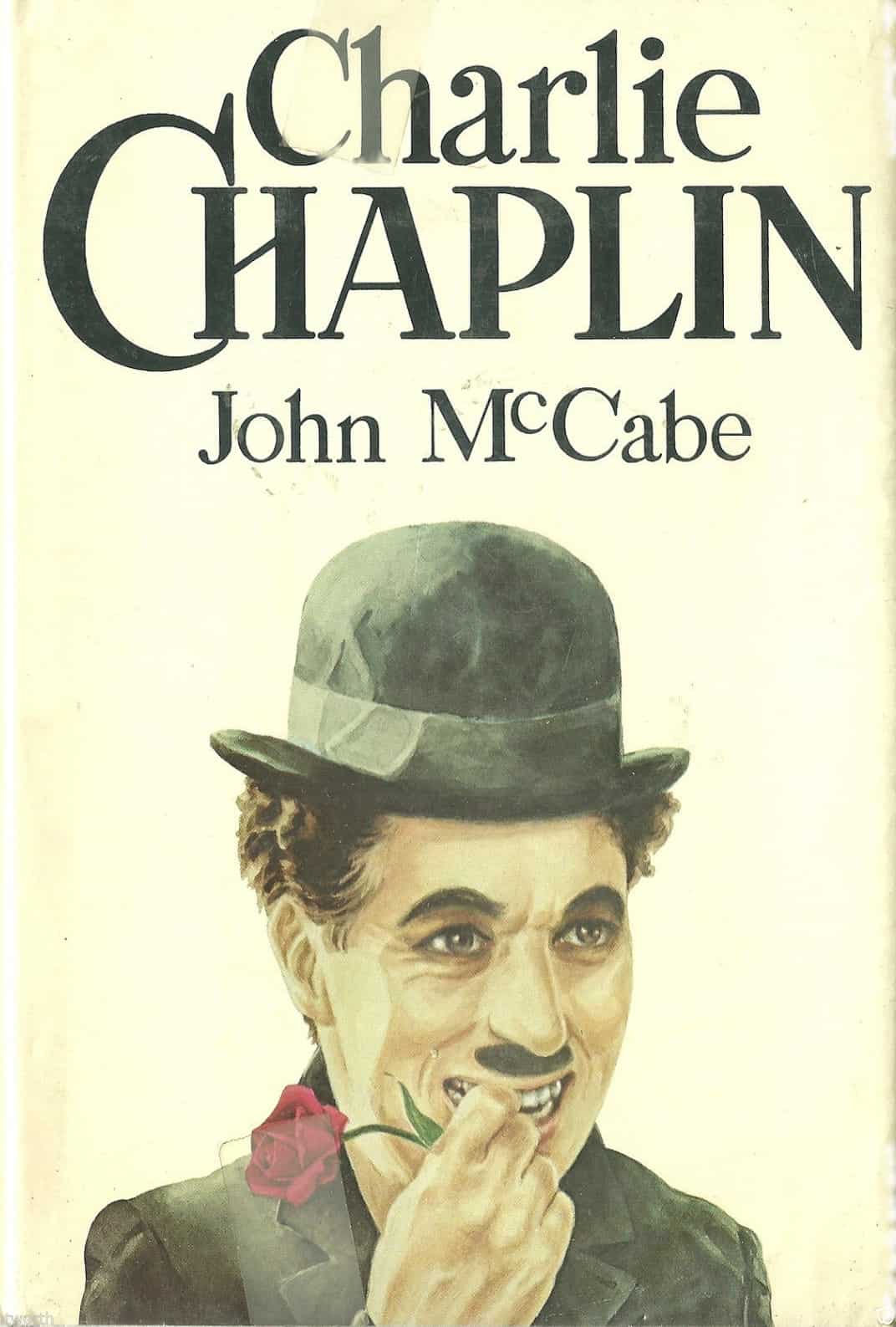 John McCabe’s insightful biography of Charlie Chaplin is a scholarly work, which will easily engage both young and old. McCabe (1920-2005) is best known for his biographies. In addition to his thorough research for his book on Chaplin, McCabe relied on the extensive notes he had compiled from Stan Laurel’s comments about Chaplin—the two actors were lifelong friends—as well as Laurel’s annotated copy of Chaplin’s autobiography, Charlie Chaplin’s Own Story (1916), which was given to the author by Laurel. Using the notes and annotations, John McCabe has endeavored to sift out the truth behind the endless legends, misconceptions, and errors that surround Charlie Chaplin’s life.

McCabe explains how Chaplin’s bitter early years were fashioned by Dickensian London. Chaplin learned how to sing from his parents who were entertainers but after their separation, the family’s economic situation plummeted. His mother’s stressed larynx condition ended her singing career, plunging her into deeper financial and psychological depression. During his early years, Chaplin and his stepbrother Sydney lived on and off with their mother, who occasionally was admitted to an asylum for the mentally ill, and with Charlie’s alcoholic father. Between these periods, the boys were left in at an institution for orphans and destitute children at Hanwell, a few miles outside of London. The young Chaplin brothers forged a close friendship to survive and gravitated towards the Music Hall whenever possible. As time went on, Charlie and Sydney both proved to have considerable natural stage talent. These formative years of desperate poverty and deprivation provided many of the themes and characters for Chaplin’s films in later years.

Chaplin began his first tour in America in 1910. It was on this tour that Chaplin met and shared a room in a boarding house with Stan Laurel. This meeting sparked Laurel’s lifelong respect and interest in Chaplin. Director Mack Sennett saw Chaplin’s act and hired him for his studio. Chaplin’s earliest films were made for Mack Sennett’s Keystone Studios where he developed his little tramp character. His initial attempts as a film artist were filled with uncertainty. However, he quickly learned the craft- selecting baggy pants, big shoes, a cane, and a derby hat. He wanted everything to be a contradiction: the baggy pants, the tight coat, the small hat, the large shoes. The mustache added age without hiding his expression. The persona of this character had a life of its own. Chaplin eventually left Keystone Studios and went on to work at Essanay and Mutual Studios until 1918, when he assumed control of his productions.

In 1919, Chaplin co-founded United Artists film distribution with Mary Pickford, Douglas Fairbanks, and D. W. Griffith. This move assured him of his independence as a filmmaker. McCabe provides detailed accounts of Chaplin’s time at each studio, along with insight into his comic routines and movies. Charlie Chaplin resisted making “talkies” in the 1930′ as illustrated in an article for Literary Magazine, on February 28, 1931, titled: Charlie Chaplin Defies The Talkies. Chaplin considered cinema essentially a pantomimic art. His first dialogue picture The Great Dictator was an act of defiance against Hitler. McCabe explains that many viewed Chaplin’s political opinions as having roots in Communism. Pressure on Chaplin grew after 1942, when he was sympathetic to a request from the American Committee for Russian War Relief. He spoke openly at rallies about his support for a second front, pointing out the need for Russian Relief. During the McCarthy Era, Chaplin was accused of un-American activities.

In 1952, Chaplin left the United States and did not return until twenty years later. McCabe provides memorable insight into Charlie Chapin’s life during these difficult years. He depicts Chaplin as having a rare temperament, being both deeply shy and heartily outgoing and ultimately, according to McCabe, frequently misunderstood. Chaplin’s life was filled with turmoil; his relationships with women and politics perpetuated his insecurities. However, Charlie Chaplin, the deathly shy, undersized boy, dreamed he would overcome his handicaps, and hoped he would conquer the world. McCabe explains how Chaplin’s dreams came true. McCabe’s book includes an extensive bibliography, complete index, a Chaplin filmography, and a section of photographs depicting film stars and family members. In addition to a wonderful story, these are excellent features for the Chaplin researcher or ardent fan.

Lois Spangler is an educator and CEO of edconnectionsllc.com.