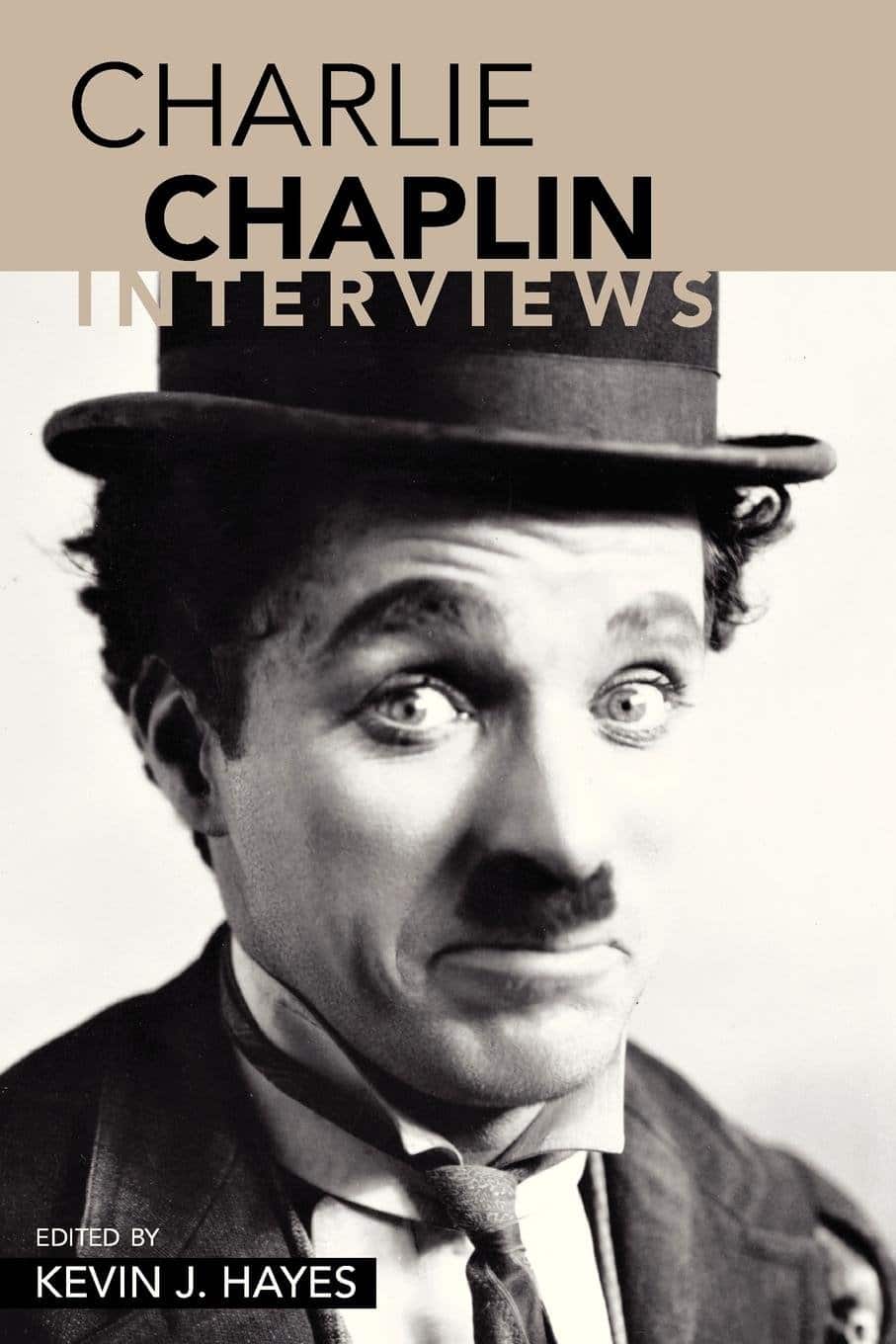 His autobiography, filled with rank name-dropping, is almost unreadable. The 1992 biopic, despite a fine performance by Robert Downey, Jr., is an embarrassment. And not everyone wants to plow through a 750-page biography just to find out what made the Little Tramp tick. Luckily, there is now a better way to know Charlie Chaplin.

Charlie Chaplin Interviews is an oddly compelling little book. Instead of film critiques or another recap of Chaplin’s messy life, Kevin J. Hayes has compiled two dozen interviews and profiles of Chaplin that span his 50-year career.

From a 1915 magazine profile, “The Funniest Man on the Screen,” to two sad articles in which he defends his regrettable Countess from Hong Kong, these pieces are alternately fawning, sketchy, and from later in his life, startlingly honest. Taken together, they present an intriguing portrait of the film genius whose troubled life will never muffle the laughter he still brings to the world.

Chaplin’s meteoric rise makes the book’s opening interviews a mere compendium of awe and admiration. Within five years of his arrival at the Mack Sennett Studios, Chaplin was, as interviewer after interviewer notes, “the most famous man in the world.” Journalists assigned to flesh him out cannot believe their luck, yet they find him painfully shy, hiding behind his film persona. Chaplin eludes one interviewer after another. “A quiet little guy,” they call him, “always camouflaging his real self.”

“I’m an awful chump at being interviewed,” Chaplin told The New York Tribune in 1917. Shielded from the star’s personal life, journalists could only cite his incredible salary—$670,000 a year—and comment on his good looks, small stature, and genuine charm. Chaplin does explain how he developed his signature walk, his mustache, his persona but says nothing about his forgotten talent as a composer of film scores, including the now-classic song “Smile.” After a few early interviews, readers should skip to the 1920s and ’30s. Only when Chaplin’s genius flourished in The Gold Rush and City Lights, and when scandals and divorces made his private life an open book, did he speak candidly.

In mid-life interviews, Chaplin emerges as a thoughtful, even intellectual artist. Defending both his work and his life, he outlined the values that made his Little Tramp beloved worldwide. “It is easy to judge,” he told the London Times in 1925. “It’s not so easy to understand. And I take it art exists among other things to further understanding. What is more, I believe that if you edge the audience towards that understanding, not by means of their heads, but through their feelings, you will be giving them genuine entertainment. And that’s what they want.”

The Chaplin that evolves from 1930 on is remarkably frank. Although he refused to talk onscreen until 1940, in The Great Dictator, he was more than willing to explain himself in print. His eloquence rose to still greater heights when he was attacked for very unfunny films such as Monsieur Verdoux. And the book’s most powerful interview, from 1947, finds Chaplin seated in the Grand Ballroom of New York’s Gotham Hotel, helpless against an onslaught of Cold War critics eager to denounce him as a communist.

“If you step off a curb with your left foot, they accuse you of being a communist,” he joked. But no one laughed, leaving a bitter press to grill Chaplin about his patriotism, his politics, and his support for humanity at large in lieu of one nation or another.

Scarred by such attacks and his ultimate exile to Switzerland, Chaplin comes across in later interviews as sadly confused about life, art, and even his own work. Did he really believe that Countess from Hong Kong, in which he directed Marlon Brando and Sofia Loren, was a better film than City Lights? Yet these interviews, though more infrequent than the earlier barrage, are the book’s most fascinating. The man who began his career in the age of silent film offers his opinions on Marilyn Monroe (“a prima donna”), Dr. Zhivago (“very banal”), and the age of moonshots and missiles. “I’m wondering whether this isn’t a moribund period of art,” he said in 1967. “Aesthetics have gone into things like space and science—those beautiful airships, utility at its height. No artist could compete with that.”

World-famous at 24, Charlie Chaplin did not have to suffer interviews. We can only be thankful that he felt the need to explain himself, and that, after initial shyness, he did so with such candor. And we can be thankful that Hayes, a professor of English, dug deeply into the archives to let the greatest of all silent comedians speak his piece.

Bruce Watson is an award-winning journalist whose articles have been published in Smithsonian, Los Angeles Times, Boston Globe, San Francisco Examiner, and Yankee Magazine. He is the author of Freedom Summer: The Savage Season That Made Mississippi Burn and Made America a Democracy (Viking 2010).