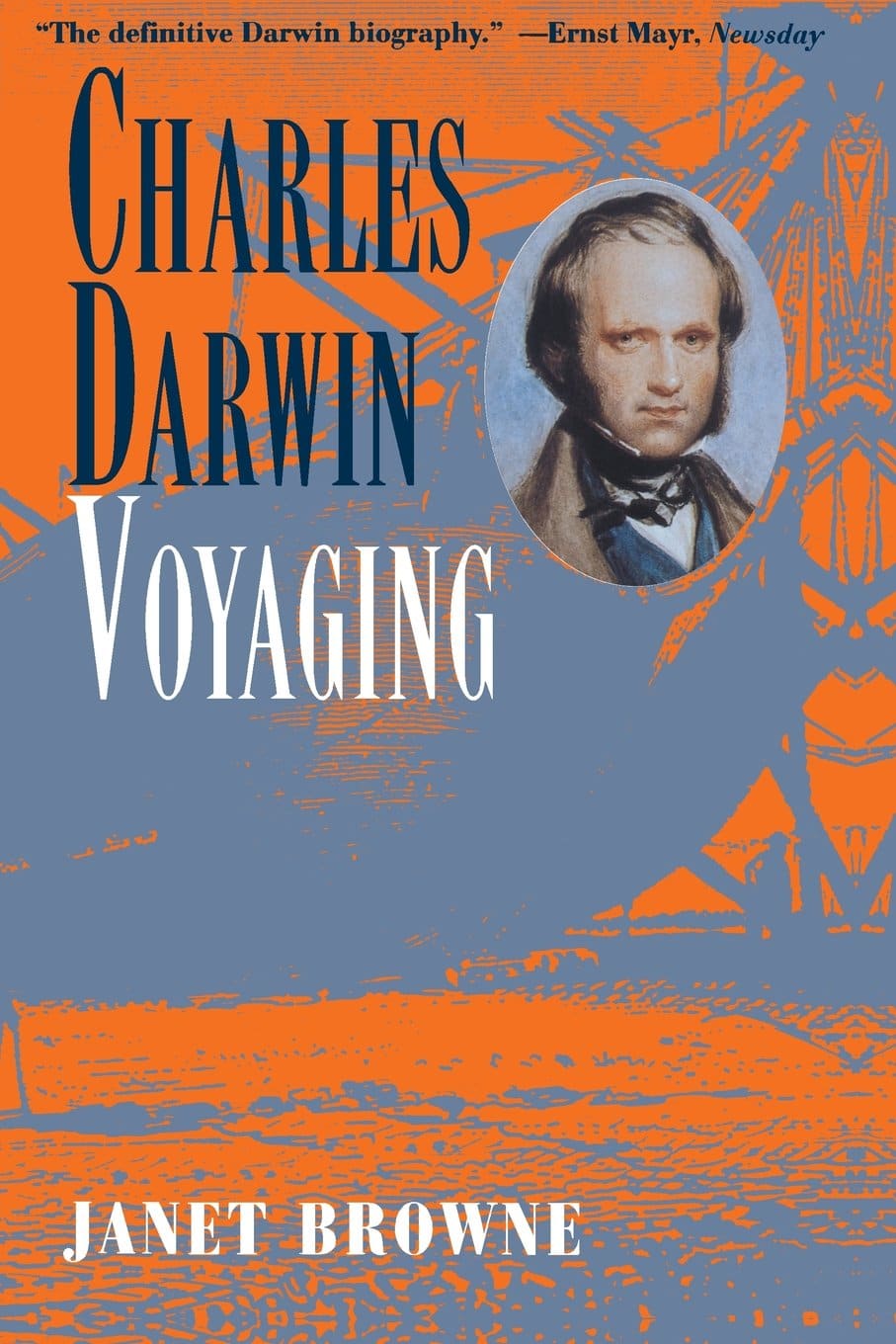 Janet Browne has smartly applied her work of studying correspondence from Charles Darwin to her two-volume biography of Darwin’s life. And the first volume, Charles Darwin: Voyaging, provides an interesting introduction not only to Darwin’s work, but it also clearly outlines how Darwin and his discoveries affected the world at the time.

Browne is Aramont Professor of the History of Science at Harvard, and she has studied Darwin’s work for over three decades. Browne also served as the associate editor for the Correspondence of Charles Darwin, which gave her access to Darwin’s personal and professional correspondence, some of which has rarely been made available for study. Her ability to organize all of this correspondence and draw interesting conclusions to how it fit into the society of the time makes Charles Darwin: Voyaging a compelling read.

She includes direct passages from Darwin’s correspondence to give the book a first-hand feel, allowing the reader to receive helpful insights into what Darwin was thinking. Her work accomplishes the task of presenting Darwin’s ideas and contributions to the scientific community, while giving the reader the ability to personalize the scientist.

Darwin’s scientific accomplishments certainly are numerous enough to fill the biographies of his life easily. But Browne’s work takes the extra step to show how Darwin’s work affected society and even how society affected Darwin. By studying Darwin’s personal relationships in this manner and by looking at his scientific accomplishments through this lens, Browne provides a work that’s different from many other Darwin biographies.

Browne paints a clear picture of how Darwin made his incredible discoveries and developed his theories, all against the backdrop of Victorian society. To understand Darwin’s contributions to society and to the scientific community, having knowledge of society’s beliefs of the time is important, and Browne’s handling of this is key to the success of her book.

For example, Darwin often wrote letters to friends and family, especially his wife, Emma, discussing his findings and theories. Yet, it’s obvious in the letters that Darwin is wrestling with the decision of publishing his work, knowing that his findings would cause significant upheavals in society. Darwin worried not only about how society would receive his findings, but also how it would affect his friends and family.

The organization of Charles Darwin: Voyaging is one of its true strengths, giving readers the ability to clearly comprehend Browne’s conclusions through a natural progression of the primary aspects of Darwin’s early life. The biography opens with a section on Darwin’s years as a student, which outlines his growing interest in natural science. The middle section deals with Darwin’s years when he traveled on the H.M.S. Beagle, learning how to observe the world. And the final section showcases the growing importance of Darwin to the scientific community, as his observations developed into theories before he published The Origin of Species. Because Charles Darwin: Voyaging is a long piece of work, having the book organized in this manner allows the reader to break up the study of Darwin into more manageable pieces.

Browne’s best work occurs in the middle portion of the book, which is understandable, as Darwin’s trip on the H.M.S. Beagle was the key formative time in his growth as a scientist and as a person. She does a good job portraying Darwin’s strength in his younger years, which was in full view during his trip around the world. While it’s common to think primarily about Darwin after the publication of The Origin of Species, when he was older and never left England, having Browne’s description of Darwin as a vibrant adventurer within the book is a great balance in the observation of his life.

Building on Charles Darwin: Voyaging, Browne followed with Charles Darwin: The Power of Place as the second volume, and both books provide an interesting look at Darwin’s life and place in history. Browne focuses Charles Darwin: Voyaging on the time of his life leading into his publication of The Origin of Species, while the second volume discusses his life during and after the publication of his work that changed the scientific world. And woven throughout are Browne’s observations on how Darwin’s work affected society, making her work tremendously important.

Certainly, authors have tackled Darwin in biographical form for decades, meaning it’s difficult for an author to come up with a work that stands apart. But Browne has accomplished this difficult task by personalizing the scientist through her direct use of his correspondence throughout the book, while also contrasting the importance of his discoveries with Darwin’s concerns over how society would accept his findings. This interesting perspective makes Browne’s Charles Darwin: Voyaging a compelling read.