Brave Genius: A Scientist, a Philosopher, and Their Daring Adventures from the French Resistance to the Nobel Prize 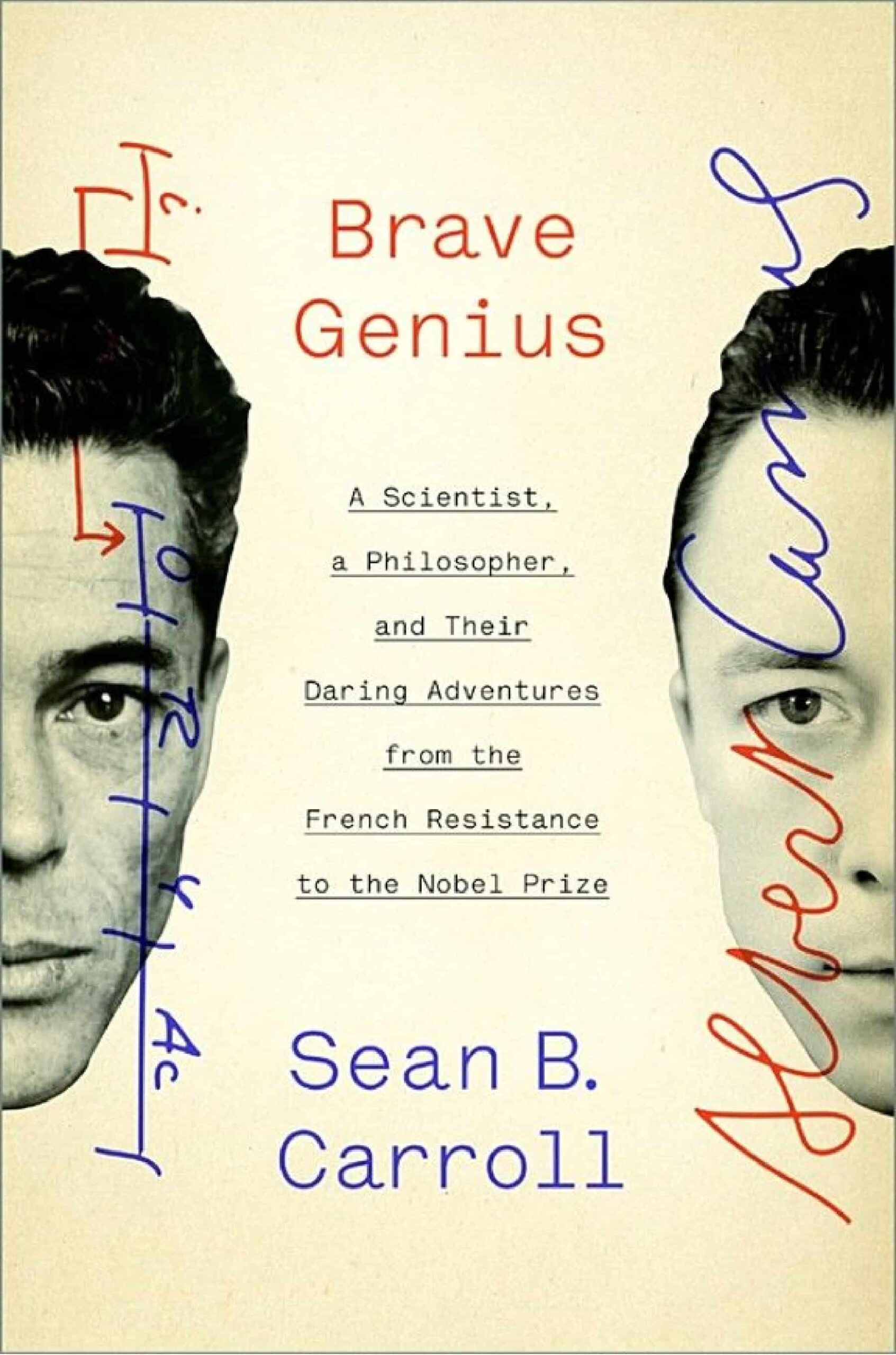 Brave Genius: A Scientist, a Philosopher, and Their Daring Adventures from the French Resistance to the Nobel Prize

How does an intense friendship between two Nobel Prize Laureates, who were leaders of the French Resistance against the Nazis, go practically undiscovered for almost 70 years? Scholars across the globe have painstakingly sifted through the fine nooks and crannies of World War II history, and yet, not a single author has explored the camaraderie between Jacques Monod and Albert Camus—until Sean B. Carroll’s 2013 book Brave Genius: A Scientist, a Philosopher, and Their Daring Adventures.

Carroll’s many and varied talents perfectly align with the interests of Monod the scientist and Camus the philosopher and author. This makes him particularly suited to appreciate the complexities and intricacies of their lives and careers that comprise the bulk of the book. An internationally renowned scientist, author, and educator, Carroll is a leading expert in the fields of immunology and genetics. His book Remarkable Creatures was a National Book Award Finalist, and his writing also appears as a monthly feature in the Science News section of The New York Times. His enthusiasm for and fascination with these two titans of history is evident from the first page, and he takes us right along with him on their dangerous and triumphant journey.

Brave Genius is the first book to explore and intertwine the stories of Monod and Camus. Carroll spent years sifting through unpublished and unknown primary sources to piece together the timeline and world events that provide the backbone for this book. His research and assimilation skills are clearly that of a scientist at the very top of his field.

For many years prior to WWII, Monod (at that time a researcher at Sorbonne University) and Camus (an unknown writer) led, unbeknownst to each other, remarkably parallel lives. Both joined the Resistance movement after Germany invaded and occupied France in 1940, but did not become friends until after the war. Each displayed courage and cunning as they used their respective skills to fight the Nazi regime and inspire the French people to action. Without this spark of leadership that ignited the rebel spirit of the French, Germany might have been victorious.

On the first point, the reader may at times wonder if this book is a biography or a history book about World War II from the French perspective. While this may confuse readers at first, they will quickly realize that the painstaking detail of how the war unfolded in France provides the backdrop that brings the bravery of Monod and Camus into focus. Through Carroll’s words, we hear the Nazis knocking on the doors of the suspected rebels. Readers’ hearts beat faster as the Nazis issue their increasingly more brutal orders to break the spirit of the French people. They feel betrayed by France’s government for cooperating with the Nazis. These visceral reactions to Carroll’s words lead readers to feel inspired and buoyed by Camus and Monod’s acts of rebellion. Once their efforts are rewarded, readers will feel that same sense of triumph. In other words, Carroll fuses the hearts and minds of readers with those of Monod and Camus.

Carroll makes the second and third points so strongly through his elegant, albeit lengthy, prose that the reader cannot help but think that their Nobel Prizes—Monod’s for Medicine or Physiology (1965) and Camus’s for Literature (1957)—were as much a declaration of their character as they were about their professional contributions. Both men had many supporters and critics, but neither of them could be swayed by either set. They spent much of their lives in the service of justice for repressed people around the world. The author shows it would have made their lives easier to bow to the majority opinion, but that capitulation would have diminished or perhaps eliminated their ultimate success and global recognition.

There are many fine attributes of Carroll’s writing, and chief among them is his ability to transport the reader into the lives of Monod and Camus. We feel their urgency, and we understand how close they came to losing everything, including their lives. One card played differently, one move slightly off-kilter, and their common mission to free France and liberate its people so that they could pursue their personal and professional passions would have gone horribly awry.

Malcolm Gladwell’s book Outliers comes to mind when reflecting on the theses put forward by Carroll—that Monod and Camus were ultimately able to rise to prominence in their respective fields because of their involvement and role in the Resistance.

Would Monod and Camus have achieved as much as they did and soared to the heights of fame and recognition if they had lived in simpler, easier circumstances? We will never know for sure, but it is clear that these men were able to harness their bravery and sense of purpose to serve others so that they could forge a path toward personal and societal transformation.