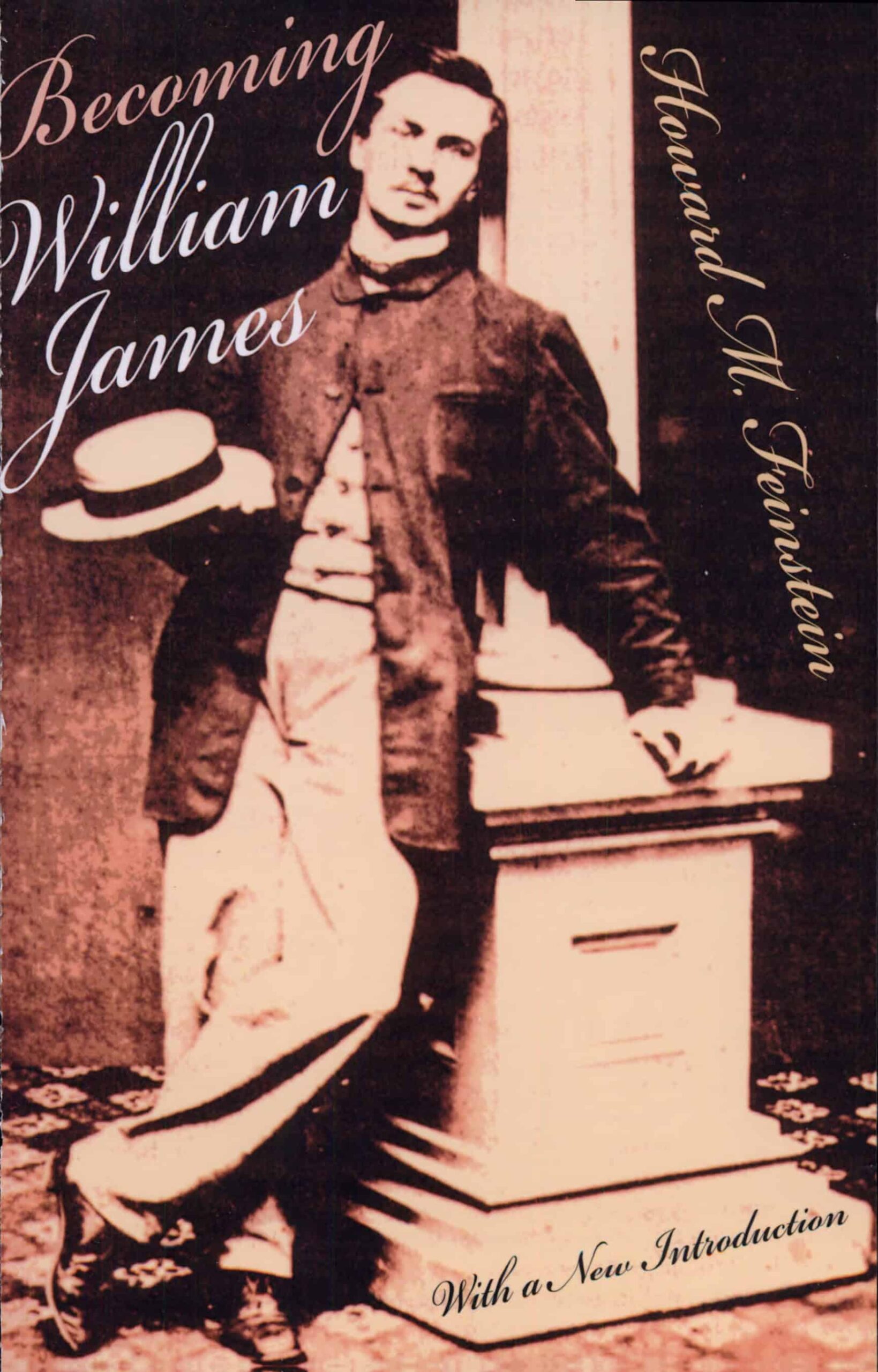 In the introduction Howard M. Feinstein wrote on the occasion of the reprinting of his Becoming William James (Cornell, 1999), which had originally been published in 1984, he discusses what drew him to the James family as a biographical subject. In his early years as a psychiatrist, he had been “struck by the pervasive uncertainty that many of my patients, both young and not so young, felt about their work lives” (page 11) and he believed that there was a historical and cultural component in addition to purely internal conflicts at work. In the James family, he found precursors to our modern American type, and found them particularly valuable both in their “gift for self-scrutiny” and their habit of writing letters, which cover a period from the end of the American Revolution to the end of the First World War.

It’s not unusual for parental influences to be part of a subject’s story, but rarer for a biography to begin with the life of a grandfather. William James of Albany, as he is often referred to in the book for the sake of clarity, was a Protestant from Northern Ireland, and grew up there surrounded by the specter of starvation. Although his father hoped William would become a minister when the chance came to go to America instead, he took it. Although, without means or connections, William was able through a combination of luck, hard work, and frugality to eventually amass a fortune.

Feinstein’s thesis is that self-made fortunes tend to become a problem in American families. The very accumulation of wealth meant that William’s sons would not need to cultivate the kind of diligence that he both had achieved and valued. In Feinstein’s view, “a painful dialectic had been set in motion in the [James] family that would turn success into bitter disappointment” (page 35).

In some ways, the central figure in this account of William James’ “becoming” is really Henry James, Sr., William James’ father. It is his story that Feinstein sees reenacted in the lives of his four sons—never easily and, in some cases, tragically. In his youth, Henry had become embroiled in a battle of wills with his father. He refused his father’s ambition for him to study law, instead, running off to Boston to become the editor of a religious newspaper. But family pressures of various sorts, including the threat of being written out of the will, brought him back into the fold. (He was written out of the will anyway and had to fight for a different outcome.)

Although one might hope that Henry would have been led by his own trials to have more empathy for his sons’ aspirations, the reality is more complicated. Henry James, Sr. takes quite a protean shape as a father, nurturing and conspiring against his children’s ambitions by turns. At one point in the saga, he has uprooted the entire family to aid his son William’s painting ambitions, and at the next has taken them across the globe again to end what he considers undue influence from his teacher. Although Henry had a hard time living up to his own father’s wishes, at least he knew what they were. His sons spend a good deal of their energy just trying to figure out what he actually wants of them.

Feinstein spends a chapter or two on the strategy of invalidism, which plagues the James family. Both William and Henry, as well as the youngest sibling, Alice, repair to Europe frequently to cure various maladies. It is fascinating to see how the immersion in European culture that both William and Henry craved had to be justified to the parents who were paying for their travels, and how they often found themselves in competition for the family’s not unlimited funds. As the James saga unfolds, it eventually transpires that Henry Jr. proves the most adept at this game. As Feinstein sees it, the young men who were almost twins in their aesthetic appreciation grow apart as Henry can make his way as a writer while William foregoes his artistic career to accede to his father’s wishes. Although from our current perspective, the ultimately renowned William James, professor of philosophy and psychology at Harvard, would seem to have made a success of his life, Feinstein makes the case that William had to murder an aspect of himself to achieve this. The inclusion of early sketches by James paired with his later writings makes a particularly compelling argument.

In his introduction, Feinstein acknowledges that in his own later psychiatric practice he became more persuaded by the part that biology had to play in the type of depression that the James family seemed to be susceptible to but stands by his earlier portrait. Feinstein knows that in biography “[c]ompleteness is at best an illusion, a literary sleight of hand suggesting that the ground has been covered…”(page 14).  Nevertheless, this absorbing study of the intergenerational effects one famous family had upon its individual members remains invaluable.