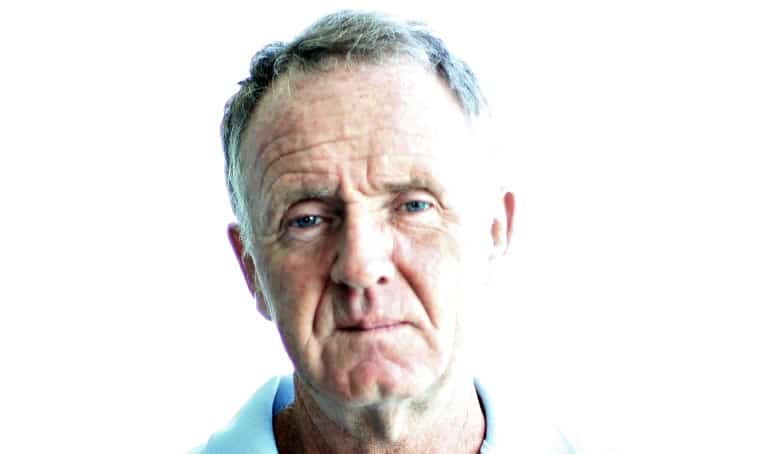 To Be Or Not To Be: Colin McGinn Dissects The Philosophy of WIlliam Shakespeare’s Plays

William Shakespeare (1564–1616) is best known as the greatest writer in the English language, but he was also a philosopher of note. His plays give us a glimpse of his views about human nature and the world in general.

Author of Shakespeare’s Philosophy: Discovering the Meaning Behind the Plays, Colin McGinn was educated at Oxford University. He is the author of 16 other books, including The Making of a Philosopher. He has written for the London Review of Books, The New Republic, the New York Times Book Review, and other publications. He has taught philosophy at University College London, Oxford, and Rutgers University, and is currently a distinguished professor of philosophy at the University of Miami.

Simply Charly: William Shakespeare is considered to this day as the greatest writer in the English language. In his own time, aside from being a playwright, an actor, and a businessman, was he also considered to be a great thinker?

Colin McGinn: We don’t really know what people thought about Shakespeare in his own time. He was a very deep man, but he was thought of more in terms of being a playwright than a philosopher.

SC: Since he left no diaries or letters revealing his personal views, do we infer his philosophical leanings from his plays only?

CM: I look at those ideas not necessarily as his personal views, but the themes that permeated his thinking and were embedded in his plays. His characters speak deeply about what it means to be human. As I point out in my book, most of those who analyze Shakespeare’s works are literary scholars and historians. It is most unusual for a trained philosopher to give his insight.

SC: What themes prevalent in Shakespeare’s work were you particularly interested in?

CM: There are several recurring themes in his plays: knowledge, self, causality, skepticism, and evil. For example: what is evil? Where does it come from? What are the limits of human knowledge? Shakespeare was interested in those kinds of subjects and expertly weaved them into his plays.

SC: Which of Shakespeare’s works did you analyze for your book, and what philosophical leanings did you discern from them?

CM: I chose six of his plays: Midsummer Night’s Dream, Macbeth, Hamlet, Othello, King Lear, and The Tempest, and analyzed all of them in depth. Every aspect of the world and human nature was represented in these plays. Hamlet, for example, is the most philosophical of Shakespeare’s plays as it presents very puzzling and contradictory characters, as well as mysterious aspects of the human character.

In Othello we glean problems of the mind; nobody knows what other people’s true thoughts or intentions are.

In King Lear, we see causality—why do people do what they do?

In The Tempest—the power of language; people are too easily swayed by it.

SC: Who among his contemporaries was Shakespeare influenced or inspired by?

CM: In my book, I show the profound influence of (the French scholar) Michel de Montaigne on Shakespeare, by citing the spiritual and literary affinities between them. Montaigne’s book of essays is one of the few books scholars can confirm Shakespeare had in his library, and Montaigne’s essay “On Cannibals” was a direct source for The Tempest.

SC: Were Shakespeare’s ideas considered mainstream or unconventional in the Elizabethan times? And do we know whether he was religious?

CM: I wouldn’t say that Shakespeare was “unconventional,” but he was certainly intellectually very progressive. And I don’t believe he was religious. He can be described as a Catholic, who kept his mouth shut. Being an open atheist was not an option at that time. King Lear, for example, is very secular.

SC: Was Shakespeare a visionary?

CM: One fact I raise in my book is that the period in which Shakespeare wrote preceded the Scientific Revolution. Very little of what we now take for granted—such as astronomy, physics, chemistry, and biology—was understood at that time. The laws of mechanics were unknown, disease was a mystery, genetics was unheard of. Intelligent people believed in witchcraft, ghosts, fairies, astrology, and all the rest. Eclipses were greeted with alarmed superstition. The conception of the world as a set of intelligible law-governed causes was at most a distant dream.

So I think that if William Shakespeare were alive today, he would be very pleased with the state of progress and technology because he had anticipated it.

SC: What, in your view, was Shakespeare’s genius?

CM: The answer to this question is in my book: Shakespeare’s genius should be seen in his submission to nature. He didn’t impose his own vision on reality; he let reality impose itself on his vision. He told us how the world looks from the perspective of itself. And the world never looked the same again.