MAIN MENU
Ernest Hemingway Interview Literature
Pulitzer and Nobel-winning writer, Ernest Hemingway (1899 – 1961) was one of the most influential writers of the 20th century, whose simple, clear, and distinctive style revolutionized literature. 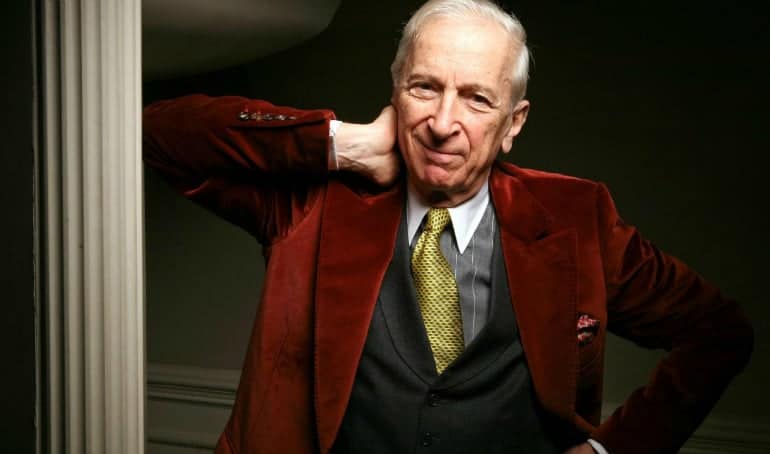 Looking For Hemingway: Gay Talese Talks Of Books and Men

Simply Charly: Ernest Hemingway did away with the florid prose of the 19th century and pioneered a new style of writing—simple, clear, direct, and unadorned. Which contemporary writers of note have been influenced the most by Hemingway?

Gay Talese: (Norman) Mailer was an obvious example, as are other novelists, for example, Irwin Shaw, author of “Young Lions,” “The Troubled Air,” “Girls in their Summer Dresses,” “The 80-Yard Run,” etc.

Hemingway introduced a new style of writing, one that I don’t think preceded him in earlier writers. He seemed to carve, chisel each word, each paragraph. It suggested simplicity, when in fact it was anything but simple to do. I read somewhere that Hemingway wrote and re-wrote each sentence numerous times in an effort to get it in a form acceptable to him. He was a great craftsman, but he was cutting through the territory as a pioneer. There were no maps to guide him, though he did acknowledge the influence of great people before him. “Mr. Tolstoy” was how he referred to one of them, with deference and respect for the Russian master.

SC: When you started out as a writer yourself, was Hemingway an inspiration to you? If so, how? If not, what was it about his writing that did not impact an aspiring writer?

GT: He was a writer that I, as well as the entire generation of post-war writers, respected greatly, but I always thought that it would have been ridiculous to write like him because it would not come across as anything but imitation, fake, a poor “copy” of the real thing.

SC: “A writer’s style,” Hemingway once said, “should be direct and personal, his imagery rich and earthy, and his words simple and vigorous.” Does this kind of style resonate with you personally?

GT: Hemingway’s style never resonated with me personally. My style was (and remains) the opposite of Hemingway’s. I write long sentences, try to under-write, never over-state. Some of my contemporaries (Tom Wolfe, Hunter Thompson) over-state, for effect, but they have unique styles. Neither is easy to imitate, but that has not stopped lots of young writers from looking foolish trying to write like Wolfe and Thompson.

SC: By the same token, what is your opinion about Hemingway’s Iceberg Theory (“If a writer knows enough about what he is writing about, he may omit things he knows. The dignity of movement of an iceberg is due to only one-ninth of it being above water.”) Does that approach translate into compelling and gripping writing?

GT: Yes, I subscribe to the Hemingway iceberg theory. It does translate into compelling writing.

SC: Hemingway had four rules for writing: use short sentences, use short paragraphs, use vigorous English, and be positive, not negative. What do you think of this kind of writing style?

GT: The four rules apply, most particularly to Hemingway, who proposed those rules. They certainly worked well for him. But me? Other people? I don’t think so. I don’t think any rules apply, really. Great writers, good writers, worthy writers make their own rules and effectively communicate with readers. Some of the noteworthy stylists are (Truman) Capote, (J. D.) Salinger, Philip Roth, and William Styron, to name a few. None of them was out of Hemingway’s school of rule-making.

SC: Hemingway drew heavily on his experiences in much of his writing. Is it important for a writer to rely on his or her personal experiences? Does a reader relate more to this kind of reality-based approach than to pure fiction?

GT: Yes, experience is essential. So many books of the younger writers (1960s through the 21st century) are, as Tom Wolfe pointed out in a criticism of modern fiction, the work of people who had no experience, and who wrote essentially about nothing important. Wolfe said these writers stayed on campuses for too long, and never got outside of their interior world or their privileged private circles. Hemingway was “out there,” always.

SC: How much of your own work is based on personal experience?

GT: Almost all of it.

SC: The Old Man and the Sea, which won the Pulitzer Prize in 1952, is the ultimate example of Hemingway’s sparse and subtle writing. The Sun Also Rises (1926) and A Farewell to Arms (1929) were included on a 1998 list of the top one hundred novels of the twentieth century. Do you have your own favorite Hemingway work?

GT: I certainly salute these three works, along with dozens of his short stories and his early journalism. He wrote non-fiction very, very well.

SC: Another of Hemingway’s famous quotes is “It’s none of their business that you have to learn how to write. Let them think you were born that way.” So here’s a question: are writers born or made?

GT: Writers are made by themselves, through writing and re-writing.

SC: How does a young aspiring writer “discover” his or her own style and voice?

GT: By writing and re-writing, and sooner or later—if you keep at it—your own style will emerge. Young impressionable writers tend to be swayed by their elders, especially famous writers, but this will not take any aspiring writer far. One must lay claim to one’s own style, and there’s no shortcut. It comes after much work, much patience, and persistence.