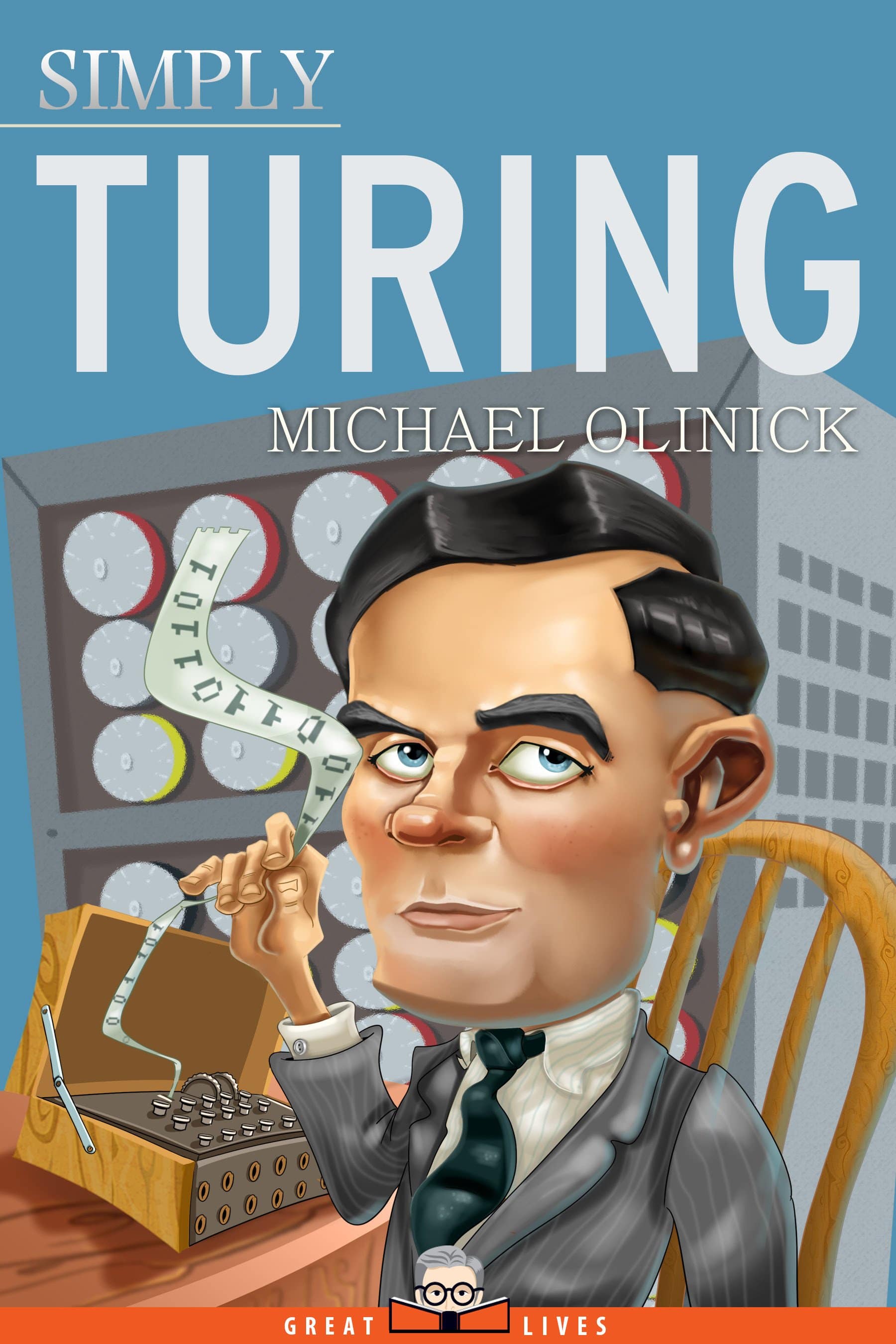 “Michael Olinick has written a vibrant and absorbing biography of Alan Turing. Turing‘s work as a cryptographer during WW II and his pioneering development of the digital computer helped us win that war and make our technology-driven world of today possible—all this against the backdrop of the homophobic world Turingtried to navigate.”
— Joseph Malkevitch, Professor of Mathematics at York College (CUNY) and CUNY Graduate Center

NEW YORK, NY – DECEMBER 1, 2019 – Considered one of the three most influential British scientists of all time (along with Newton and Darwin), Alan Turing was a mathematician who pioneered the fields of computer science and artificial intelligence, transforming society and helping to create the digital world we know today. In Simply Turing, Professor Michael Olinick presents a concise but comprehensive account of the life, achievements, and personal trials of this singular genius, from his work as a codebreaker during World War II, to the mysteries surrounding his death by poisoning at the age of 41.

Alan Turing (1912-1954) was born in London and showed signs of genius from a very young age. Turing was just 24 when he devised the theory that led to the development of modern computers and he went on to achieve major breakthroughs in probability, number theory, cryptology, and mathematical biology. His codebreaking efforts during World War II allowed the British to decipher secret German communications, effectively shortening the war and saving millions of lives. Yet instead of being celebrated for his accomplishments, Turing was prosecuted for being a homosexual and was forced to undergo hormone treatments designed to reduce his sexual drive. Turing died of arsenic poisoning in 1954 at the age of 41, a tragic end to a brilliant life, and an event that remains mysterious to this day.

In Simply Turing, Professor Michael Olinick recounts the life and work of a man who, along with Newton and Darwin, is considered one of the three most influential British scientists of all time. Prof. Olinick provides an accessible explanation of Turing’s monumental achievements, while introducing us to the friends, colleagues, and rivals who shared his life, and exploring the controversy surrounding his death.

For anyone interested in the beginnings of our computer-defined age, or anyone who wants a better understanding of why LGBTQ rights are so important, Simply Turing is an indispensable and fascinating introduction to a man who was both ahead of his time and a tragic victim of it.

Simply Turing is now available for presale on Amazon at https://getbook.at/simplyturing.