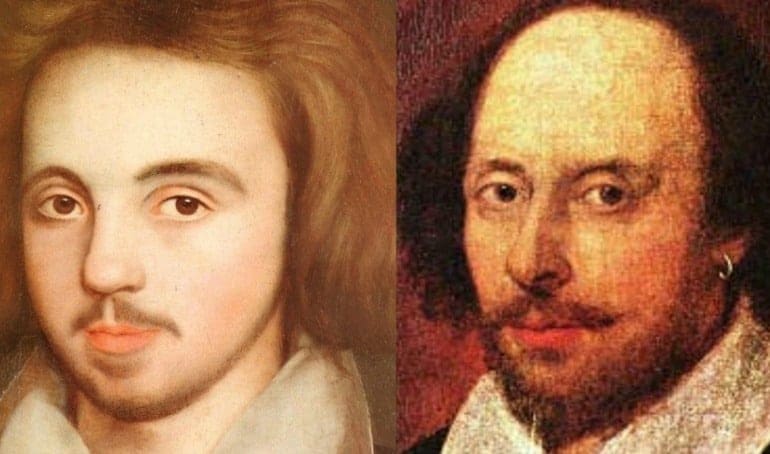 Love’s Labour Not Lost: Shakespeare and Marlowe Were Pen Pals

One of the most enduring controversies in literary history, which first surfaced in the 18th century, has surrounded William Shakespeare’s (1564-1616) prolific body of works. A number of skeptics have suggested that other authors penned the plays attributed to the Bard of Avon.

One of the candidates posited for the authorship of Shakespeare’s works was another great English playwright of the day, Christopher Marlowe (1564-1593).

The majority of scholars, however, have dismissed the theory, insisting that Shakespeare was the sole author of the 37 plays and 154 sonnets written under his name.

But now it appears that the skeptics may have had a valid point after all—at least as far as Marlowe’s contribution is concerned. Oxford University Press has just announced that its new edition of Shakespeare’s complete works credits Marlowe as the co-author of the three Henry VI plays.

In fact, the international team of scholars who researched Marlowe’s involvement in Henry VI, believe that as many as 17 of Shakespeare’s works likely include writing by other authors.

What makes the collaboration between Shakespeare and Marlowe—the author of such notable works as Hero and Leander, Edward the Second, and The Tragical History of Doctor Faustus—intriguing is the long-held belief that the two writers were rivals.

But as Gary Taylor, the principal researcher for the new work pointed out, “Rivals sometimes collaborate.”

Friends or foes, the fact is that Marlowe was much more of a rabble-rouser than Shakespeare. For one, he was an avowed atheist, a dangerous admission in Elizabethan England. There were also rumors that Marlowe was a government spy, and his early death at 29 had been a political assassination. Other sources claimed that the cause of his demise was much more mundane—he was killed after an argument over a bar bill.

Did Marlowe co-author any other of Shakespeare’s works? Who else had a hand in the Bard’s literary output? Did Shakespeare himself provide any clues to this question with Hamlet’s words: “You would pluck out the heart of my mystery?”

We may or may not ever know for sure, but, in a true Shakespearian tradition, the plot will thicken.

“We don’t expect that this will be the end of the conversation,” Taylor noted. “If we ever stop arguing about Shakespeare, then Shakespeare will be dead.”