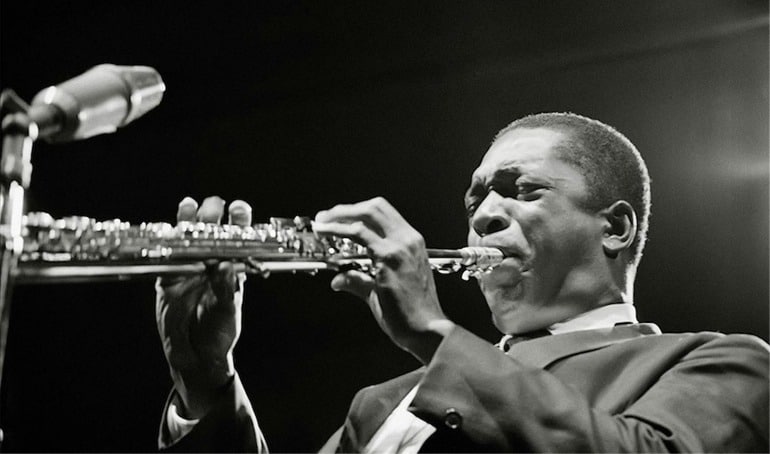 The best music pieces have a story to tell. Whether happy or sad, they convey personal experiences, life-altering moments and turning points, all of which reflect the artist’s true self.

One such momentous piece is saxophonist John Coltrane’s studio album, “A Love Supreme,” which he recorded with his quartet in December 1964. July 26 of this year will mark the 50th anniversary of the only live performance, played by the master himself, of the album’s suite https://youtu.be/T1wlfNE748s at the Festival Mondial du Jazz in Antibes, France.

The album is widely considered to be one of the most important records ever made—and not only because it expertly combines modal, post-bop, and avant-garde jazz sounds. Born out of Coltrane’s own troubles, it is a deeply personal and spiritual testament to the artist’s relationship with God.

Coltrane (1926–1967), who had worked with the likes of Dizzy Gillespie, Miles Davis, and other jazz greats of his time, struggled for a long time with drug and alcohol addiction. In 1957, after he nearly overdosed, he resolved to clean up his act and embarked on a spiritual quest.

As he wrote in “A Love Supreme” liner notes, “In the year of 1957, I experienced, by the grace of God, a spiritual awakening, which was to lead me to a richer, fuller, more productive life… It is truly a love supreme.”

Coltrane died of cancer at 41 (July 17 marks the anniversary of his death), but his legacy—both as a jazz legend and a man of faith—endures.