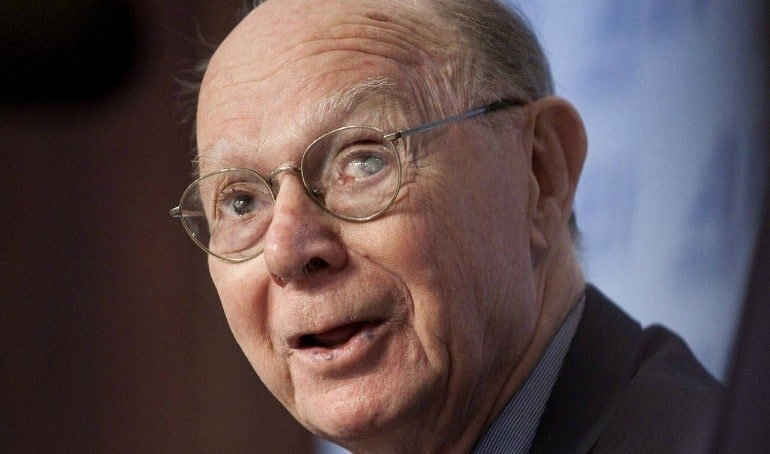 Simply Charly, as well as the world of academia, have lost a friend, colleague, and influential economist on May 8 with the death of Allan H. Meltzer. He was 89.

Meltzer (1928–2017) was Professor of Political Economy at Carnegie Mellon University’s Tepper School of Business and Institute for Politics and Strategy in Pittsburgh PA.

A renowned expert in monetary policy, he authored numerous books, among them A History of the Federal Reserve, Volumes 1 and 2, Why Capitalism?, and Keynes’s Monetary Theory: A Different Interpretation.

In addition to his academic work, Prof. Meltzer was also an acting member of the President’s Council of Economic Advisers under Ronald Reagan, and chairman of a congressional commission—informally called the Meltzer Commission—that examined how the International Monetary Fund and the World Bank had responded to the 1997-98 financial crisis.

He also was a consultant to the Federal Reserve System, the Treasury Department, as well as foreign governments and central banks, advocating a laissez-faire approach to economic affairs, even in the face of fiscal failures.

Prof. Meltzer also graciously offered his insights as Simply Charly’s expert on John Maynard Keynes, answering our users’ questions about the work of the British economist.

Simply Charly’s “Expert Platform” is an online resource that connects students and general knowledge seekers with leading scholars and experts from around the world.

“We are very grateful to Professor Meltzer for his willingness to share his knowledge and expertise with all our users who were interested in learning about John Maynard Keynes and his brand of economics,” said Charles Carlini, founder of Simply Charly.

We send our condolences to Prof. Meltzer’s wife, family, friends, and colleagues.