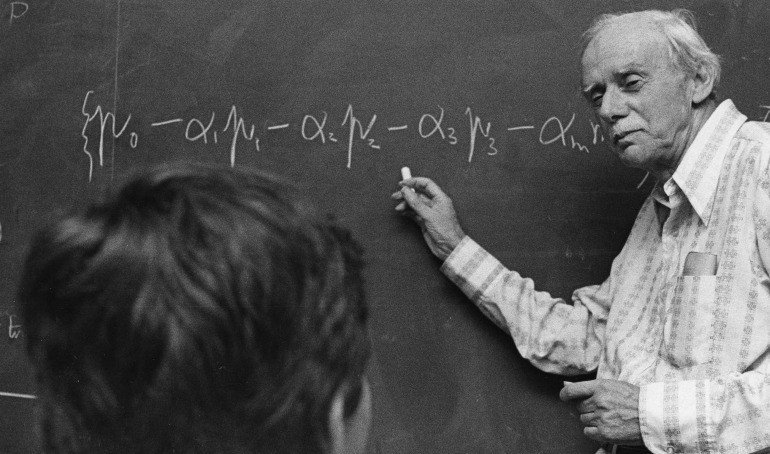 Today marks the 36th anniversary of the death of English theoretical physicist and mathematician Paul Dirac (1902-1984) who was instrumental in the development of both quantum mechanics and quantum electrodynamics. In 1933, he shared the Nobel Prize in Physics with Austrian physicist Erwin Schrödinger “for the discovery of new productive forms of atomic theory.”

To celebrate his memory, the Florida State University Department of Physics is hosting the 2020 Dirac Lectures virtually from Monday, Oct. 19, through Friday, Oct. 23, including a special public lecture by Rainer Weiss, a 2017 recipient of the Nobel Prize in Physics for his work on gravitational waves.

Dirac’s connection to the university traces back to 1972 when he joined the faculty after retiring from his position as the Lucasian Professor of Mathematics (a position once held by Isaac Newton and Charles Babbage) at Cambridge University in 1969.​ But his appointment to the university wasn’t a slam-dunk. As Graham Farmelo, author of The Strangest Man: The Hidden Life of Paul Dirac, Mystic of the Atom describes it,

When the possibility of his appointment was first mooted, there were murmurings among the professors that it was unwise to offer a post to an old man. The objections ended only after the Head of Department declared at a faculty meeting: ‘To have Dirac here would be like the English faculty recruiting Shakespeare.’

After teaching at Florida State University for twelve years, Dirac chose to be interred in the place he last called home, instead of his native England. His remains lie in Tallahassee’s Roselawn Cemetery, an unlikely burial spot for an internationally respected physicist. (In 1995, Dirac was given an honored place beside Newton in London’s Westminster Abbey where kings and queens were crowned and other royals and distinguished Britons are buried and commemorated with stone plaques.) Today, Dirac’s legacy lives on as students and faculty work in the Dirac Science Library and pass by his statue on campus.

Those interested in honoring the memory of the late quantum genius may attend some of these public lectures by registering online at https://physics.fsu.edu/gravitational-waves-public-lecture-2020.