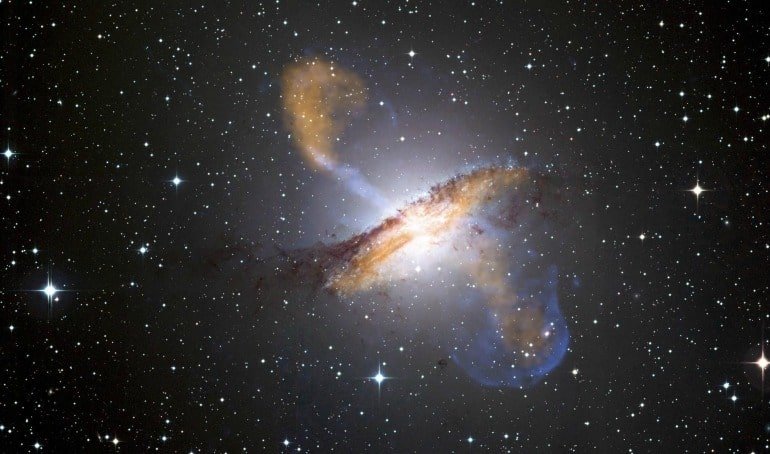 Good Vibrations: In A Galaxy Far Far Away, Einstein’s Theory is Finally Proven

Albert Einstein (1879–1955) once famously said, “No amount of experimentation can ever prove me right.”

Actually, he was wrong about that: for the first time, researchers have detected gravitational waves—the trace of a cosmic cataclysm that occurred more than a billion years ago when two black holes collided with each other.

Einstein predicted the existence of gravitational waves a century ago, while working on his general relativity theory. He suggested that when black holes bang into each other, they emit vibrations and make waves in space. Even though these cosmic events are so weak as to be almost imperceptible, he postulated that they must exist.

However, for the past 100 years, this prediction has remained unproven, and without evidence to support its existence, it was nothing more than just a theory. Until now, that is.

Earlier this week, scientists working at the Laser Interferometer Gravitational-Wave Observatory in Hanford, WA, and Livingston, LA observed what they call “ripples in the fabric of spacetime.” This discovery, they said, “opens an unprecedented new window onto the cosmos.”

A spokesperson for the organization noted, not without the obvious pun: “We are all over the moon and back.” She added that “Einstein would be very happy, I think.”

The scientific community certainly is, including the prominent British cosmologist and astrophysicist Sir Martin Rees. “This detection is indeed a big deal, one of the great discoveries of the decade,” he said.

And world-famous theoretical physicist Stephen Hawking, who has done extensive research into black holes, pointed out that the detection of gravitational waves would pave the way for further discoveries. “We can expect many more detections, all improving our knowledge about how the universe works.”

And that was precisely what Einstein’s ideas have done: they provided groundwork on which much of our knowledge of the universe is built.