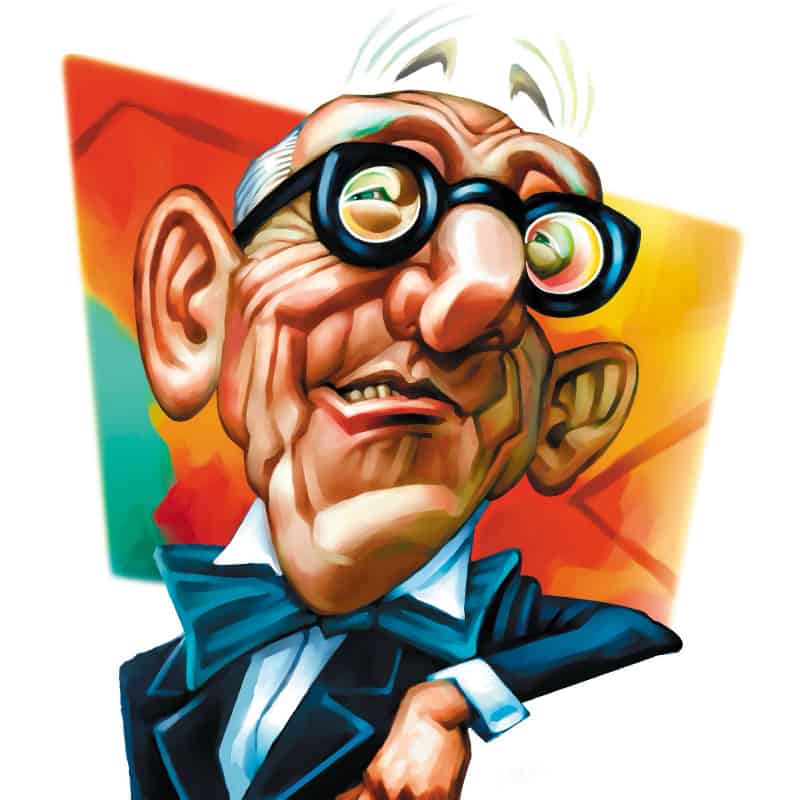 Arguably the most influential architect, designer, and urban planner of the 20th century, Swiss-born Le Corbusier (Charles-Edouard Jeanneret, 1887–1965), played a decisive role in the development of modern architecture representative of the industrial age.

The central figure of Modern Architecture—not its first architect, but its unquestioned master—was Le Corbusier, the Swiss-born Frenchman, who changed his name from Charles-Edouard Jeanneret. Born in La Chaux-de-Fonds, Switzerland, Charles-Edouard was the second son of dial maker Edouard Jeanneret and musician Jeannerct-Perrct. He began school at the early age of 4, and at 13 entered the local school of Arts and Crafts. Although the school’s entrance examination typically took up to three days to complete, Jeanneret finished it within the first.

Much of Le Corbusier’s later style could be traced back to the influence of his early childhood. His family tree dated back to the Cathars who fled the Jura Mountains during the 12th-century Albigensian Wars, and his family maintained an enthusiasm for the mountains that Jeanneret inherited which combined with their Calvinist beliefs and natural love of the arts, left a significant impact on Le Corbusier’s later architectural designs.

But the single greatest influence on Le Corbusier’s early life was his teacher at a local art school, Charles L’Eplattenier. L’Eplattenier, whom Jeanneret affectionately referred to as “My Master,” was an enthusiastic proponent of Art Nouveau and taught its principles to a young Jeanneret. It was L’Eplattenier who first recognized Jeanneret’s natural affinity for architectural design, and tasked him with his first project. On L’Eplattenier’s advice, Jeanneret spent three years traveling throughout central Europe and the Mediterranean, teaching himself principles of design that he picked up during his journey.

After returning to Paris at the age of 30, Jeanneret was introduced to Amédée Ozenfant, a painter and designer who soon became his artistic collaborator. Ozenfant introduced Jeanneret to Purism, a style of design that rejected the complications of Cubism in favor of simple geometric everyday objects. Ozenfant and Jeanneret, together with the poet Paul Dermée, founded the L’Esprit Nouveau, an avant-garde Purist journal that advocated efficiency and functionalism over flair and style. While writing several articles together for the journal, the pair decided to begin using pseudonyms; it was Ozenfant who suggested that Jeanneret take up the name “Le Corbusier” after a paternal ancestor.

In the early twentieth century, artists and art movements didn’t limit themselves to painting, sculpture, and the like. Futurists rebelled against “pastism” (the reverence for tradition and history) and glorified war as an artistic expression. Others called for art that could be smelled instead of just seen and touched. Modernists responded to the changing times in the years after the Industrial Revolution by introducing changes to art, in all forms. In architecture especially, modernism wasn’t just about looks and aesthetics—new building materials had become available, skyscrapers were born, and using old designs would make as much sense as building a log cabin out of cement.

Le Corbusier’s approach to architecture might be called holistic now: not content merely to design buildings, he also worked as an influential furniture designer and was one of the first serious urban planners. Even before Henry Ford, Le Corbusier realized that the popularity of the automobile would change the shape of cities, and the relationship between where people lived and where they worked. A pragmatist, Le Corbusier foresaw a future filled with apartment buildings and parking lots—and applied the artist’s gift for aesthetic not to making things look pleasing, but to designing buildings and cities that would avoid the overcrowding that was such a problem in cities still adjusting to modernity.

That was typical of his practical approach. The rationalism of the century pervaded his work, which removed ornamentation and useless decoration from both buildings and furniture, focusing on clean lines and a strong sense of function. He didn’t just set an example; he wrote extensively about his work, which helped to further his influence. His Modulor system (outlined in two books published in 1948 and 1955) treated architectural design from an elegantly mathematical perspective, using the Fibonacci sequence, the golden ratio, and the proportions of the human body to create spaces in harmony with human needs and activities.

His essay collection Towards an Architecture (Vers une architecture), was published in 1923, and set forth the tenets that would guide the construction of his most famous work, the Villa Savoye. The villa, in the suburbs of Paris, was made of reinforced concrete—the material of the new age—and combined classic and modern elements. At the ground level, columns both supported and elevated the building, permitting the garden to continue to grow underneath—while more garden area was set aside on the flat roof. The windows were oriented horizontally instead of vertically, for more even lighting and a less interrupted view of the yard. And Le Corbusier’s use of the columns instead of interior load-bearing walls meant that each floor could be divided according to the desired rooms, treated on their own terms.

Like most of Le Corbusier’s buildings, the Villa was predominantly white, with little decoration. His writings often called for white houses—white was functional, white was practical, and colors only distracted from the landscape. Many of these ideas failed to take hold in Europe, but became instrumental in American and Soviet urban planning. His dislike of “decoration” and plain aesthetics were an irritant to many of his fellow architects, including the equally famous Frank Lloyd Wright.

Le Corbusier, like many Modernists and the Futurists in general, supported industry and industrialism. His aesthetics borrowed ideas from modern ocean liners, while his pragmatics drew on the opportunistic utilitarianism of the factory. Of course, he’s often criticized for this: today’s featureless blocky buildings, winding hospital corridors, and laundromat-like cafeterias all owe a debt to Corbusier. He virtually invented the modern-day apartment building, an affordable necessity for an urban age, but also a deeply impersonal living space compared to the family homes of previous generations. While he called for public parks and streets organized according to a grid, he also proposed the demolition of older districts, in order to replace their antiquated buildings with modern ones.

END OF AN ERA

Le Corbusier died in 1965 at the age of 77, having suffered a heart attack during a morning swim in the Mediterranean. His influence may not have always taken hold the way he envisioned, but its hold is undeniable. His writing was as significant to his legacy as his buildings were—as Wright remarked, “Now that [Le Corbusier] has finished one building, he’ll go write four books about it.”