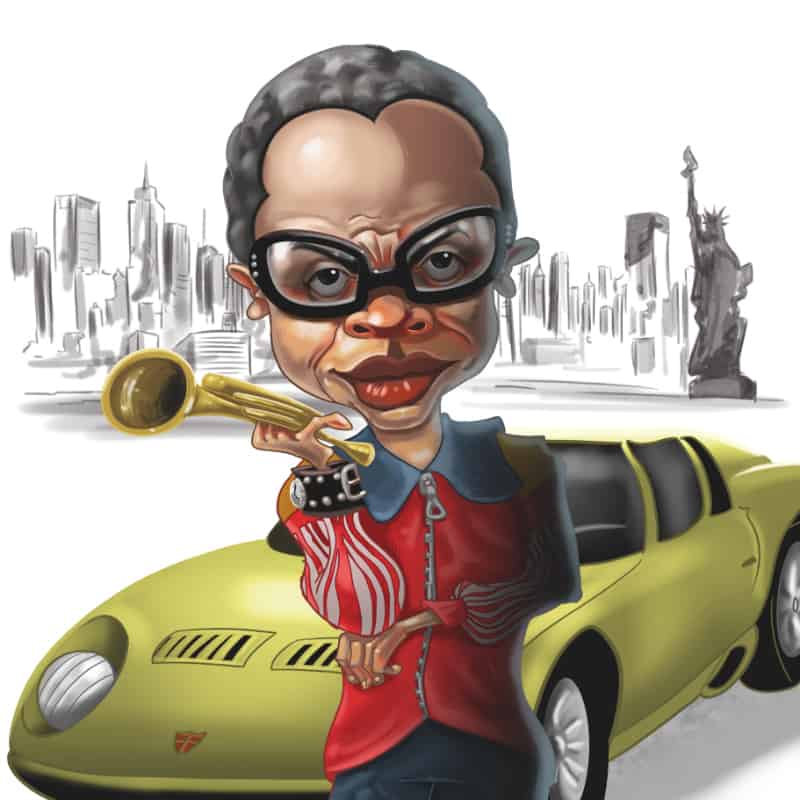 1. Miles Davis (1926-1991) came from a very affluent background, which served as a direct contrast to the humble beginnings of other jazz greats. His mother was a music teacher and his father was a dentist.

2. His first music instructor was one of his father’s clients: Elwood Buchanan. Buchanan taught Davis how to play the trumpet, despite his mother earnestly desired for her son to be a violinist.

3. Raised on a large estate in Arkansas, he and his siblings passed the time by riding horses and hunting around their parents’ 200-acre property.

4. In 1972, Davis crashed his Lamborghini Miura while driving along the West Side Highway in New York. He broke both of his legs and remained hospitalized for nearly a month.

5. Before Ozzy Osbourne came onto the scene, Davis was called the “Prince of Darkness.” He earned this nickname for his aloof personality, serious tone, and habit of turning his back to audiences.

7. “Kind of Blue,” Davis’ best-selling album is rumored to have been recorded in one take. The album has sold over four million copies and is widely regarded as the best jazz album of all time.

8. While studying at the Institute of Musical Arts in New York City, he frequented local clubs, hoping to meet Charlie “Bird” Parker. Eventually, he succeeded. The pair played alongside one another and even spent some time as roommates.

9. Davis was not only a talented musician, but he also dabbled in acting. He took on a small role in the television series, Miami Vice, and co-starred in an indie film entitled Dingo.

10. Over the course of his long career, Davis was nominated for a grand total of thirty-two Grammy awards. He won eight of those nominations. His final award was granted to him posthumously in 1993.