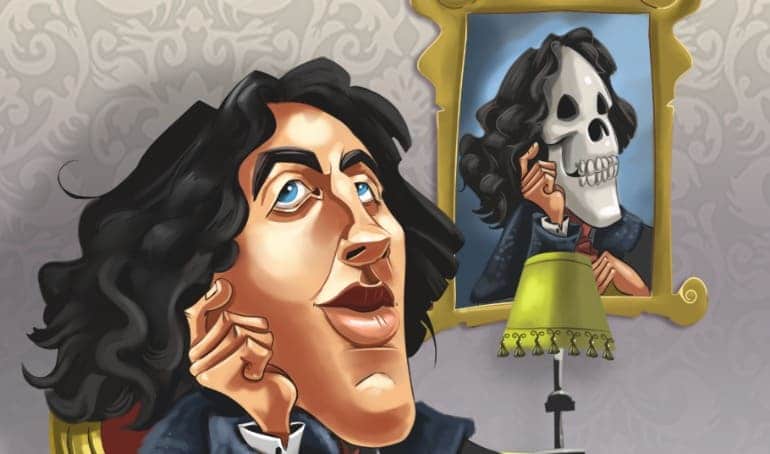 1. Oscar Wilde prided himself on his tendency to challenge social conventions, especially the Victorian moral code. He alienated himself through iconoclasm, including his particular sense of style and fashion, such as dressing in colorful velvet and silk.

3. Wilde tried to mask the smell of his ashtray by always keeping a vase of flowers on his desk.

4. Wilde was able to speed read and memorize long passages, a talent which has since been attributed to an eidetic memory.

5. One of Wilde’s harshest critics was his journalist brother, Willie. The two siblings had a turbulent relationship throughout their lives.

6. Wilde liked to write in ink, edit in pencil, and underline his favorite words (one of them being “ivory”).

7. In 1895, Wilde was convicted of homosexual misconduct and sentenced to two years in prison after losing a libel suit against the Marquess of Queensbury, who objected to Wilde’s friendship with his son.

8. Although he was gay, Wilde married Constance Lloyd on May 29, 1884, and had two sons, Cyril and Vyvyan. Both boys changed their last names after their father’s imprisonment.

9. When he emerged from prison in 1897, the once flamboyant Wilde was a broken man: Emotionally and physically weak, and flat broke, he spent the rest of his life in exile in France, living in cheap hotels and friends’ apartments.

10. According to legend, Wilde’s final words were, “My wallpaper and I are fighting a duel to the death. One or the other of us has got to go.” However, he continued to live for several more weeks.