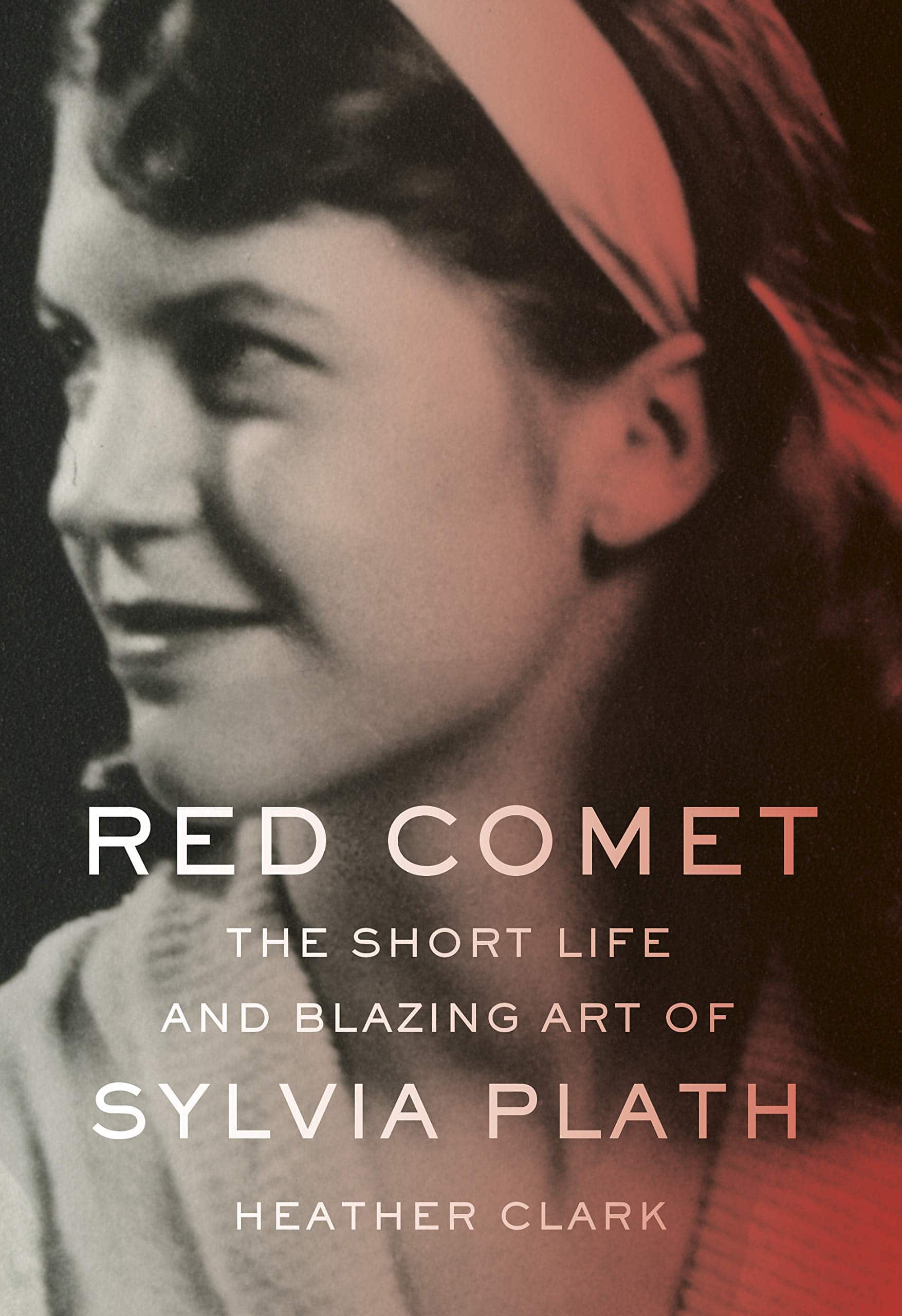 Heather Clark, Professor of Contemporary Poetry at the University of Huddersfield, and author of The Grief of Influence: Sylvia Plath and Ted Hughes (2011), announces in a prologue her intention to “debunk the sensational and melodramatic rhetoric that surrounds” Plath and “finally, to examine her life through her commitment not to death, but to art.” Certainly, the work of previous biographers can be mined for instances of purple prose that suggests a deterministic view of a suicidal Plath, who first tried to take her life in 1953 and then succeeded ten years later. But dismissing earlier biographers does a disservice to Plath and to biographers who have painstakingly amassed a record of Plath’s achievements and activities on which Clark’s biography builds (see her notes)—not to mention Plath’s own penchant for sensational revelations and melodramatic behavior in her accounts of Hughes beating her and her damning Assia Weevil as the femme fatale who broke up Plath’s marriage.

But Clark has a point: Biographers have perhaps taken too much to heart the Wordsworthian conceit that the child is father to the man—or in this case that the death of Plath’s powerful father, Otto, when she was only eight, led to her mythologizing of him in “Daddy,” a poem that deals with her struggle to overcome the patriarchal Superman. Towering Ted Hughes seemed a proper replacement for Otto, but as with all such idealized figures, the worshiper came to see how flawed Hughes was, how prone to nervous attacks and even to what one might call the vapors, so that Plath, in the last months of her life, during the breakup of her marriage, had to start all over again, confessing to her therapist that she had not yet at the age of 30 grown up.

To this tale of the doomed family romance that other biographers have worked up, Clark brings an astringent sensibility keen to show the context of Plath’s actions. We get many new insights and new facts, drawn from Clark’s interviews and the archives of other biographers such as Harriet Rosenstein, Anne Stevenson, and Elaine Feinstein. While some biographers have treated Plath’s fierce desire to excel as a kind of fever, Clark therapeutically lowers the temperature:

Sylvia’s “perfectionism,” often derided as neurotic or pathological, needs to be understood within the historical and sociological context of the American immigrant experience, which framed her life. Her desire to excel on all fronts has its roots in the Germanic aspirational work ethic that was her inheritance.

Biography with its focus on the individual is prone to neglect the important history that Clark is adept at employing in her biography. Clark situates Plath’s mother firmly in the context of her own background:

Aurelia’s embrace of mainstream American values and her frequent suppression of anger—habits that would grate mightily on her daughter—grew partly out of her experience as an ostracized Austrian American girl during the First World War.

Clark has looked more carefully than other biographers at Plath’s early poetry for signs of the great poet she was to become in poems like “Lady Lazarus” and “Edge.” And when discussing the later poetry, Clark is careful to show how often Plath is not “confessional” so much as replying to poems written by Ted Hughes, T. S. Eliot, Theodore Roethke, and others. Biography, to be sure, is part of these poems, but by showing their range of reference, Clark makes good on her claim that first of all Plath was devoted to her art, not to poetry as some kind of personal cry.

Sometimes Clark may make too much of the early poems—a biographer’s desire to tie the beginnings and ends of a life together. In doing so, an irony emerges: If the mature poet is inherent in her earliest work, then why is not the Plath who committed suicide also present at the very beginning? One does not have to be a determinist to see certain incipient factors that lead to suicide. Not every hard-working child of an immigrant family experiences a life and death as charged as Sylvia Plath’s. This is not to say that Plath was bound to commit suicide, but rather to think like a Darwinian and suggest certain environmental factors in a bitterly cold 1963 London selected her for extinction.

So why did Plath kill herself? Clark is very good at plotting out an array of factors: isolation from an American family and friends, coping with breakdowns in heat and water supply and lack of home phone service in an economy still recovering from World War II, the unpredictable side effects of anti-depressants, the miserable day-after-day care for two children with the typical winter illnesses as well as her own depleted condition (she had lost twenty pounds), the deep disappointment in the few friends in London she had come to rely on, and the torturing visits of her estranged husband playing with their daughter Frieda and proposing a reconciliation along the lines of an open marriage—anathema to Plath’s sense of what had been their exclusive mutuality.

The most intriguing figure in Clark’s biography is not Ted Hughes, but the poet/critic Al Alvarez. He can rightly be identified as starting the Plath myth in The Savage God: A Study of Suicide, the story of a young woman writing the greatest poetry of her life which both energizes and enervates her. Plath’s intensity made male editors recoil at poems like “Lady Lazarus” in which the speaker says “I eat men like air.” But not Al, as Plath called him. He published her in the London Observer. Alvarez, generally recognized as a critic who could make a poet’s reputation, gravitated to Plath as much as she did to him. But as one who had attempted suicide, Alvarez was also wary and eventually failed to respond to her calls. In my interview with Alvarez, he blurted out: “She was in love with me.” Clark treats him as a Hughes-substitute who also rejected Plath. So are we back again to “Daddy” and Plath’s notorious line, “Every woman adores a fascist”? Was she male-identified in a patriarchal world that degraded women poets unless they wrote like one of the boys?

It is not all as simple as that in Clark’s mammoth biography—and no complaints here about the length! This engrossing book shows just how complicated Plath’s life had become, and how wrong it would be to come to an easy conclusion about exactly why she took her life. Plath did not want to be institutionalized. She had a horror of that. She knew she would be surrounded by male psychiatrists as she had been at McLean hospital in 1953, until a young therapist, Ruth Beuscher, treated her. As then, in 1963 she did not want to burden her family, which now included her two young children. As her last surviving letter to Dr. Beuscher—too far away in America—shows, Plath was down on herself and doubtful about her ability to recover a command of her life—and perhaps of her art and motherhood.

Reviewers have been in a rush to hail Clark’s biography as definitive. You can feel their relief, as if to say: “Ah, now we have closure.” No we don’t. Peter K. Steinberg, co-editor of Plath’s published letters, estimates that as many as a thousand Plath letters have disappeared, some of which may still be recovered. Ted Hughes was equivocal about what he purportedly destroyed. He claimed important manuscripts, journals, and at least one novel, went missing and were perhaps stolen and that may yet turn up. On Plath’s charge that Hughes beat her, Clark is circumspect—so much so that Plath biographer Andrew Wilson in his London Evening Standard review wondered if she was placating the Plath and Hughes estates, notorious for their demonizing of biographers. And did Hughes say he hoped Plath would die, as she claimed? Clark implies that Plath may have been exaggerating, as she was wont to do. Yet Hughes’s tendency to become violent has been documented, as well as his penchant for saying wild things.

Just as disturbing and puzzling is Plath’s anti-Semitic attacks on the Hughes family, calling them “jewy.” Clark makes no effort to account for why the poet—otherwise so sensitive about the Holocaust and the treatment of Jews—would resort to such stereotypical epithets. In short, there is still plenty to parse, plenty to continue searching for, and no reason to suppose that Clark’s book is the settled law of Plath biography.

How could Red Comet be definitive? The word in relation to biography ought to be retired. Call Clark’s the best biography of Plath we have so far, and you will not get any objection from me.