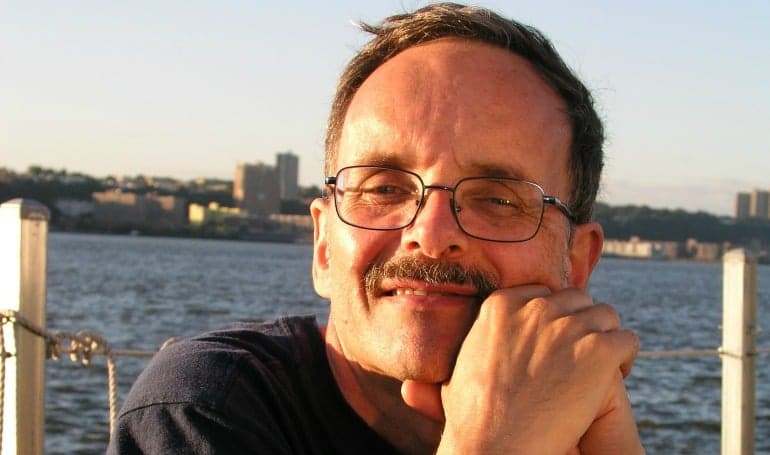 Arguably the most influential architect, designer, and urban planner of the 20th century, Swiss-born Le Corbusier (Charles-Edouard Jeanneret, 1887-1965), played a decisive role in the development of modern architecture representative of the industrial age.

Simply Charly: Le Corbusier is commonly described as the greatest architect of the 20th century. Why do you think his reputation has grown in this way?

Tim Benton: Le Corbusier was at the right place, at the right time. He was a key figure in modern architecture; black-and-white photographs of his buildings were strong and striking. And his books, Towards a New Architecture (1923), followed by Urbanism (1925) were bestsellers.

SC: It is often said that Le Corbusier is to blame for many of the problems of modern cities and housing estates. Is this fair?

TB: Le Corbusier was his own worst enemy. He learned early on that to make a success of himself and to have an impact, he had to exaggerate. One example was his Plan Voisin, a project he exhibited in 1925 proposing to raze the center of Paris and replace it with 60-story towers. It was a terrible plan. But his ideas were also misunderstood. He did not approve of most examples of modern architecture after the war, considering it mechanical and inhuman.

TB: Although Le Corbusier did burn bridges, he was also inspired by ancient buildings such as the Parthenon, which broke through the historical barriers. He believed in progress and the idea of the Zeitgeist—that architecture should reflect changes in the world—but the idea of progress was not more important to him than judgments of quality. Certain buildings would always be considered beautiful.

SC: Le Corbusier seemed to be fascinated by modern technology and the effects of industrialization, which, in turn, inspired his architectural designs. What exactly did he find so fascinating about machines?

TB: Here again comes the idea of the Zeitgeist; the powerful forces that change the world—industrialization, mechanization—and the way people see things. Le Corbusier saw a pure language of form in the details of cars and planes. Furthermore, he believed that machines tended to produce pure, geometric forms, which were comparable to the forms used by all the great architecture of the past. Similarly, when he saw rocks in Brittany that had been eroded by the wind into smooth, geometric forms, he compared the process to the way popular taste also selected simple, pure forms of the glasses, jugs, and bottles used in Parisian cafes.

SC: Which modern architects did Le Corbusier admire the most?

TB: His enthusiasm for other architects soon turned against them because he was terribly egocentric. But, on the whole, he liked the Finnish architect Alvar Aalto, the Russian Berthold Lubetkin, Peter Behrens from Germany, and the French architect Auguste Perret, although he eventually turned against Perret.

SC: What did Le Corbusier think about the trends of the early 20th century, such as Art Nouveau and Art Deco, which were all about curves and sinuous decoration?

TB: He hated those trends and thought that ornaments were a depravity, although he had himself been an Arts and Crafts artist, designer, and architect in La Chaux-de-Fonds, Switzerland. He turned increasingly against ornament after he left Switzerland for Paris in 1917 and read an essay by Austrian architect Adolf Loos, titled Ornament and Crime.

SC: Were Le Corbusier’s designs viewed differently in America, which has traditionally been more open to new ideas, than in Europe? If so, why is there only one building built by him in the U.S., i.e., The Carpenter Center for the Visual Arts at Harvard University?

TB: Most of Le Corbusier’s followers were young architects, not the people who commissioned important projects. American architect Raymond Hood, who designed the Rockefeller Center in New York, owned a copy of Le Corbusier’s Towards a New Architecture, but it didn’t influence his work. Besides, Le Corbusier did himself no favors in Anglo-Saxon countries. He was openly contemptuous of some of the architectural designs, criticizing the skyscrapers of Manhattan as not being tall enough and too close together.

SC: Which modern architects of note have been inspired by Le Corbusier’s pioneering vision?

It is interesting to note that even though Le Corbusier’s ideas and approach to solving problems have been criticized in the past 40 years, he still appeals to architects on so many levels.

SC: What do you admire most in Le Corbusier’s life and career, and what would you criticize?

TB: When I take students to Paris to look at his buildings, I am still amazed that there is so much richness and depth of texture, and that his designs still feel fresh after 50 years. Also, the fact that he never stayed still and constantly renewed himself. It is clear that Le Corbusier wasn’t frightened of contradicting himself. Although he could be very kind and generous to those he liked and admired, he was also a bit of a bastard with those who got in his way.