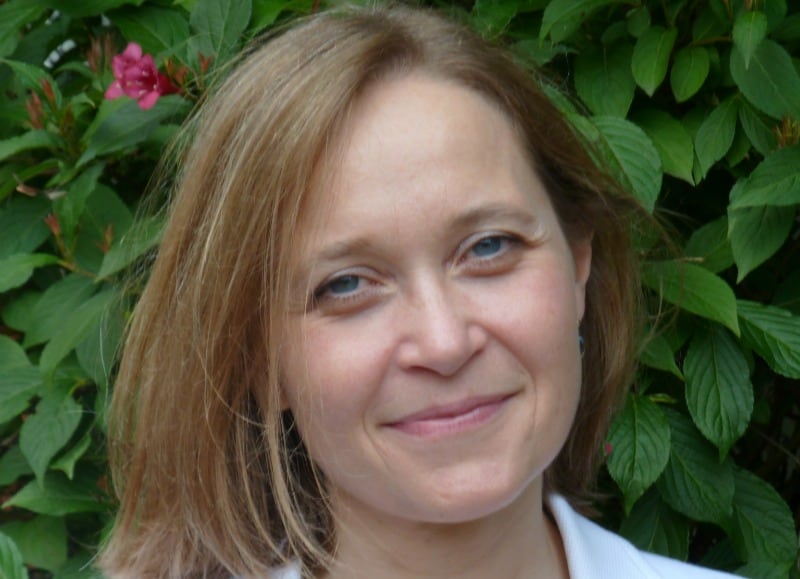 Known as the last “universal genius,” Gottfried Wilhelm Leibniz (1646–1716) was a German philosopher, mathematician, and logician who invented the differential and integral calculus.

Maria Rosa Antognazza is Professor of Philosophy at King’s College in London. She has authored and edited several books about Leibniz.

Simply Charly: How were you first introduced to the work of Gottfried Wilhelm Leibniz? What about his life and work attracted you?

Maria Rosa Antognazza: I first encountered Leibniz as an undergraduate student, when I read the Theodicy and the Monadology. At the time, I did not find these works particularly attractive. I came back to Leibniz for my Ph.D. from a theoretical angle. My main interest was the exploration of the relationship between faith and reason. I came across a body of virtually unstudied theological-philosophical texts by Leibniz on the Trinity and the Incarnation, which raised some key philosophical issues. They seemed very promising for what I was seeking, and indeed they were!

SC: Leibniz was a prolific philosopher who wrote on a broad range of subjects, including the nature of truth, the existence of evil, law, ethics, and metaphysics; yet he published very little during his lifetime. Why?

MRA: The reasons are complex, and I have explored them in detail in my intellectual biography of Leibniz (Cambridge University Press, 2009). There is a historiography according to which Leibniz was a duplicitous character who kept his best, heterodox philosophy to himself and fed the bad, orthodox philosophy to his patrons. I think this is a gross distortion. Leibniz was a man who, more than anything else, wanted to do certain things—his main objectives were to improve the human condition through the advancement of science, reach religious reconciliation, and achieve social and political stability. If he perceived that some of his most striking philosophical views would have bred disagreement and misunderstanding rather than contribute to his main objectives, he preferred to keep them to himself. Moreover, one should not underestimate that publishing papers and books did not have the same status in the early modern period as it has now. For instance, communication of views and discoveries often happened through personal correspondence and “circular” letters, which were read sometimes at meetings of “savants” (that is, learned people, scholars, and scientists). Finally, undoubtedly there were some important personality traits, which contributed to Leibniz’s (comparatively) low publication rate. Leibniz was one of those people who love starting new projects and conceiving overarching, innovative and creative proposals, but have little time for the painstaking business of bringing fully to completion at least some parts of these grand visions.

SC: Leibniz was concerned with both theology and, according to your book Leibniz: An Intellectual Biography, the “advancement of all the sciences.” How did he reconcile these two seemingly conflicting pursuits?

MRA: The key point is that these are not conflicting pursuits, and were certainly not perceived as such in the early modern period. Quite the opposite. Far from being an obstacle to the development of his scientific ambitions, Leibniz’s broadly religious outlook provided him with key motivations. Like other architects of the so-called “scientific revolution,” Leibniz saw the reform and development of all the sciences as the best way to celebrate the glory of God in his creation. His primary aim was to improve, through the advancement of science, the lives of the creatures closest to God due to their rational nature.

SC: Leibniz’s curiosity ranged widely, leading him to develop fruitful correspondences with many of the leading thinkers of his day. What were some of his more notable exchanges?

MRA: Leibniz corresponded with many people from many countries. In fact, according to the most up-to-date estimate, he had around 1300 correspondents. They ranged from members of his extended family to patrons and royals; from diplomats and politicians to the leading philosophers and scientists of the time, including Isaac Newton, Thomas Hobbes, Baruch Spinoza, and Nicolas Malebranche. His correspondences with Antoine Arnauld, Samuel Clarke, Burchard de Volder, and Bartholomew Des Bosses are among his most significant exchanges.

SC: Besides being a philosopher, Leibniz was also a distinguished mathematician and logician. What contributions did he make in these fields?

MRA: His most famous contribution to mathematics was his discovery of the calculus independently of Newton. However, he made many other contributions. For instance, he developed a binary arithmetic or dyadic, conceived a new geometry of space, and arrived at the general rule for the solution of systems of linear equations through determinants, now known as “Cramer’s rule.” At some point before 1683, Leibniz also proved for the first time what is known as Fermat’s little theorem. I will also note the exceptionally strong link in Leibniz between logic and mathematics, and his attempts at a mathematization of logic. More generally, from very early on he nurtured the dream of developing an alphabet of human thoughts leading to the creation of a characteristica universalis, that is, a system of signs (characteres) designed to eliminate the ambiguity and fluctuation of natural language. This system of signs would have constituted a universal formal language able to reduce language to an “arithmetical calculation,” thereby allowing the peaceful resolution of controversies. From 1679, this project progressed into the development of an extremely innovative logical calculus.

SC: You are currently teaching a class about Spinoza and Leibniz. How did one’s work inform the other’s?

MRA: In brief, I would say that Leibniz tried to reject Spinozism throughout his life but was, on the other hand, haunted by it. For instance, he attacked the lack of contingency in Spinoza’s universe but found it difficult to provide a robust defense of contingency in his own philosophical system. Spinoza and Leibniz’s philosophies have some common features, including a strong endorsement of the principle of sufficient reason, but are very different in other respects, for instance in their understanding of the relationship between faith and reason, or in their views on the presence of genuine causal powers in individual beings.

SC: In your book Leibniz on the Trinity and the Incarnation, you challenge “traditional perceptions of the philosopher as a ‘hard’ rationalist and quasi-deist.” Where do you think these misconceptions come from, and to what degree does it hinder meaningful understanding of Leibniz’s role in the philosophical tradition?

MRA: From the re-discovery of Leibniz at the beginning of the 20th century until at least the early 1990s, the dominant historiography dismissed any theological interest in Leibniz, which could not be straightforwardly reduced to metaphysics, as mere lip-service aimed at his career advancement. Moreover, the critical edition of Leibniz’s writings and correspondence planned at the beginning of the 20th century left theology out of the main thematic structure of the edition, despite the body of theological writings recorded in the catalogue of Leibniz’s manuscripts. I think this is one of the most compelling illustrations of the dominant historiographical paradigm of the era before the outbreak of the Great War, which linked inevitable progress with irresistible secularization. In my book Leibniz on the Trinity and the Incarnation, I have identified, collected and analyzed a substantial corpus of virtually unstudied philosophical-theological writings, which uncovered a thinker surprisingly receptive to traditional Christian theology and genuinely committed to the defense of a class of truths surpassing the full grasp of human reason. As I have tried to show, his life-long commitment to the defense of central mysteries of the Christian revelation, far from being mere lip-service of a consummate courtier, coheres with his epistemological and metaphysical views, and constitutes an important aspect of his broader philosophical, scientific and practical agenda.

SC: In your work as an instructor of philosophy, how do you present the incredibly rich and diverse offerings of Leibniz to your students? And what are the particular challenges and difficulties you face when teaching him?

MRA: One main problem is that there are no easy or obvious entry points into Leibniz’s thought. Another is that many of Leibniz’s philosophical proposals are counter-intuitive. I find it helpful to present his thought genetically, starting from his interest in an explanation of the world of experience, and his attempts to uncover what is ultimately real in this world. Students respond well to this approach.

SC: How do Leibniz’s contributions continue to resonate in the way we think about philosophy in the modern era?

MRA: Since the Leibniz renaissance of the early 20th century, studies on Leibniz have multiplied. His logical thought had a major impact throughout the last century and continues to fascinate philosophers interested in logic. From the 1990s onward, his metaphysics and philosophy of nature have become a major focus of interest, especially in the Anglo-American world. It seems that Leibniz proposes a coherent metaphysical model that challenges more immediately intuitive accounts and forces us to confront a different and potentially fruitful way to think about reality. Moreover, in the areas of Leibniz’s thought I have studied in more detail—his religious epistemology and his philosophical theology—I find his proposals still powerful, with enduring philosophical relevance.